How often do you think of dogs and Hawaii in the same sentence?

Dogs have originated from very different places in the world but it seems quite odd to think of Hawaii when in fact there are a couple of common dog breeds that originate there.

There a couple of dog breeds that originated from Hawaii. They are commonly characterized by some distinct features that are adaptable features to the tropical climate found in Hawaii. Such features include a light fur coat to help with the high temperatures. An example of a dog breed that originated in Hawaii is the Hawaiian poi dog.

Below is more information about the Hawaiian poi dog; its history, lineage, main physical features, attributes, and temperaments.

What is the lineage of the Hawaiian Poi dog?

The Hawaiian poi dog is said to have originated from the Polynesian dog breeds that were brought to Hawaii by Polynesians.

The Hawaiian poi dog was an important part of the Polynesian culture.

According to some studies, the dog breed seems to have initially originated from Indonesia a long time ago.

The Hawaiian poi dog is now an extinct dog breed but is still believed to be a spiritual protector of the people, especially children, from Hawaii and was also a source of food for the people.

What are the features of the Hawaiian poi dog?

The Hawaiian poi dog had a short fur coat that was mainly due to the high temperatures in Hawaii.

Its short fur coat was extremely smooth and was easy to take care of and groom.

Its fur coat had a range of colors.

The Hawaiian poi dog also had short feet, a belly, and a fat posture. Its body was shaped like a barrel.

It weighed about 35 pounds and had a height of about 15 inches. They were known to be fat and lazy.

They were playful dogs and hence were a favorite dog breed among the children of the tribe.

They were also good with the Hawaiian people.

However, they were known for being sluggish in their day-to-day activities and hence could be quite lazy.

Hawaiian poi dogs were very hard to train because of their laziness and disobedient nature thus the local tribesmen did not bother to take them through training.

What breeds were introduced after the Hawaiian poi went extinct?

After the Hawaiian poi went extinct, there came other dog breeds that became popular in Hawaii.

This is because the residents needed dogs to protect their property and dogs which could provide companionship to them and their families.

Here are some of the dog breed that was introduced in Hawaii:

This type of dog breed is of average size and has quite slender legs.

They have a large shape and skull as well. Their temples have sagging skin that appears in folds.

These types of dogs are born through cesarean section because of their huge head.

They were mainly trained to take cattle to the market.

They got their name “bull” because of the sport they engage in known as bull baiting.

English bulldogs can be extremely vicious in their dealings but are extremely loving pets.

They love to be around humans and like to receive all the love they can get.

The beagle is very scent-oriented so they use their noses a lot.

They are medium-size which allows them to be carried around especially when traveling.

Beagles are pretty low maintenance because they are very easy to clean up after.

They do not require vigorous exercise but instead can easily be taken for a stroll to cater to their exercise needs.

Hence, because of their low maintenance nature, they are well preferred for families.

Also because of their sensitive nose, They are found in airports especially in the narcotics department to sniff out narcotics.

Golden Retrievers are sports dogs and were initially hunting dogs who used to hunt with humans.

They were named retrievers because they enjoy and like to play fetch a lot with their humans.

Golden Retriever enjoys being wild outdoors but when in the comfort of the homes, they are very composed.

They like to learn new skills and are quick to obey instructions.

They like to be around humans and enjoy their company. 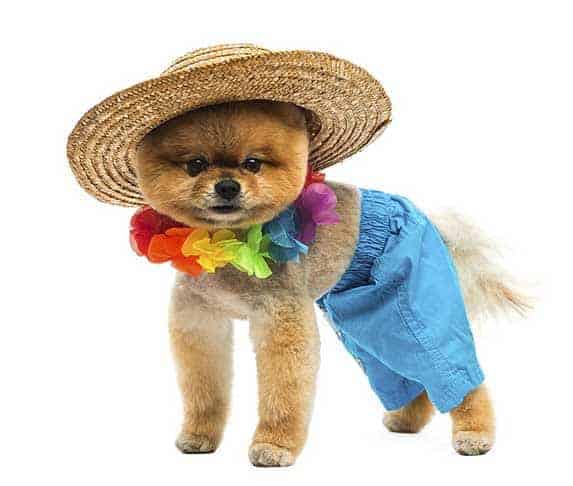 They are also called poms and are from Germany.

They are very smart animals and are known for their agility.

That in itself is a good thing but one should be careful to make sure they do not outsmart you as their owner.

They are very likable, trustworthy, and affectionate pets towards their owners.

The French bulldog can either be a small-sized dog breed or average in size.

They have a charming personality which makes them a favorite in many families.

French bulldogs has a personality that is full of life as well.

Because of their personality, they are used as guard dogs.

This is because of their watchful nature and their sharp observation skills.

What is the temperament of the Hawaiian poi dog?

They are not one of the pretty to look at dog breeds.

Due to their easy to groom nature, they seem clean and well-groomed most of the time but despite that, they act more like hogs than dogs.

He was also not one of the smart dogs relative to other dog breeds.

Did they suffer from health issues?

They did not have as many health complications as other dog breeds.

The people of Hawaii decided to get other exotic dog breeds that did not necessarily originate from Hawaii.

They are usually adopted for companionship and to provide security for the home.