Akitas are one of the most famous dogs around.

Aside from their distinctive natural characteristics, which people love, the breed was also made famous in pop culture through the story of Hachiko.

An extremely loyal dog to its master.

If you have seen the American Adaptation of the film, Hachiko can be seen in the wintertime waiting for its master homecoming.

It gives an idea to viewers that Akita Inus can tolerate cold environments.

But can they also live under warm weather? Yes, they can, but you must help them adapt even better. Know more in this article. 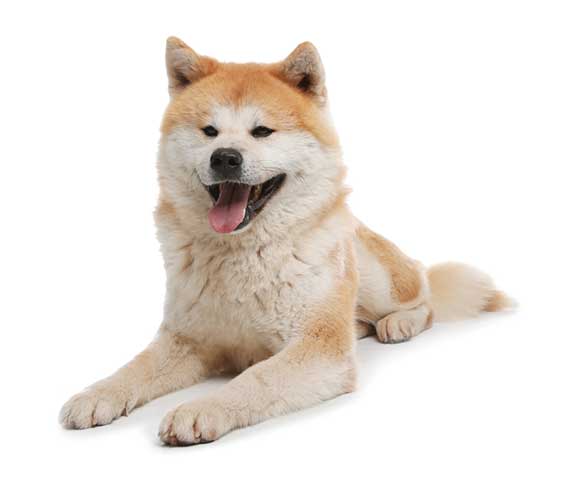 Akitas, or Akitu Inu, to be specific, is a breed that originated in the mountainous area of Japan during the feudal era.

Their intimidating and dignified stature exudes a presence of strength and elegance to those that look at it.

These dogs are fearless, loyal, courageous, and protective of the family they serve.

However, they need to have good training and constant association with others to be akin to strangers and other animals.

It is not advisable for novice pet owners to handle dogs such as Akitas as they can be stubborn and messy to deal with.

Nevertheless, with proper training and good conduct, this breed can become excellent watchdogs and be faithful to your family for as long as they live.

The common worry of people about Akitas is that they are vulnerable to heat.

Hence, the primary question we will answer in this article.

Akitas have a dense double coating covering their body.

It may either be colored black or white or golden with yellowish tints.

Dogs with thick coats are not necessarily known to handle scorching temperatures well, as these coats were initially designed to insulate them from colder temperatures.

The same stands true for Akitas.

They are dogs bred in the mountainous regions of Japan.

Hence their coat keeps them warm during the wintertime.

But putting them in a warm environment can be tolerable to Akitas if it is within the TNZ or thermoneutral zone.

However, one must be observant of how they react to the heat, as anything above 75°F (25°C) usually impairs the standard functionality of dogs.

In addition to their high tolerance to heat, Akitas also have a shedding mechanism that will allow them to adapt to the temperature even better.

They usually molt during the spring, so their adaptability becomes better, but your cleaning gets a bit more tedious.

Tips to Cool Akitas Down in Warm Weathers

When push comes to shove and the sun decides to max out its heat, sometimes, as pet owners, we will be forced to take the reins and cool our dogs down.

Here are some tips to lower the temperature of Akitas during hot seasons:

1. Always give them a fresh bowl of water

A standard signal that dogs are not taking the heat very well is panting.

Compared to normal breathing, panting allows them to inhale air from the mouth and cool their internals.

However, this can leave them dehydrated as the tongue dries up too soon when doing so.

Leaving a fresh bowl of water at their disposal gives them more means to cool themselves with.

And better adaptation to the hot ambient temperature.

2. Keep them inside during hot seasons.

Summer is the arch-nemesis of thick-coated dogs as being out is uncomfortable and unnervingly hot for them.

Keep them inside, especially during the hottest hours of that season, precisely 11 in the morning to 4 in the afternoon.

Doing so will allow them to avoid being exposed to the sun, especially when perched at its peak.

Moreover, they have unlimited access to water inside the house.

Akitas are non-hypoallergenic, which means that they shed fur.

Although the amount of shedding is usually tolerable, brushing their hair will remove any adhering dead hair that can contribute to the heat of the environment.

Do this, especially during the spring, as when this season comes, Akitas usually molt and shed significantly more than usual.

Their shedding might come in clumps, so that is one thing you must look forward to.

4. Give them an area to cool themselves off

Dogs might want to take a dip when the ambient temperature becomes unbearable.

If you have the luxury, designating an area and placing an inflatable pool where they can chill and cool off would be superb.

Not all dogs like getting a shower, but you would be surprised how much Akitas will love dipping when the season is too hot to handle.

Plus, you and your kids may also join your pet in the pool if you want.

That means bonding and cooling off in one fell swoop.

Talk about hitting two birds with one stone, eh?

If you can spare a fan or leave the air conditioning open, it would mean a great deal for Akitas.

They would appreciate tolerating the heat and getting some winter vibes inside while it is hot outdoors.

Also, let your car’s AC cool down first before you put them inside and take them for a spin.

If you plan to visit somewhere, bring an ample amount of water for you and your pet that can last the whole trip.

Although Akitas are very capable of handling warm environments than other dogs, it would be advisable to give as much comfort as you can for them to adapt better to the weather.

We are hopeful that the tips we have given can make your Akita’s life comfier!