Snow fleas are not actually fleas! These are mostly found in your homes in snowbanks and around the tree trunks in your yard.

They are often referred to as “springtails” and look like bugs.

They may look and act like cat or dog fleas-for instance through their jumping abilities-but are generally not parasitic!

However, despite the fact that they are not harmful to your pets and specifically your dog, snow fleas may jump and attach themselves to your dog. There will not be any serious effects on your dog or even yourself. They just cause itchiness and irritation just the way normal insects do!

In the summer, they tend to sit on top of rich topsoil but because they are so small and dark, most people do not notice them.

That soil is actually the snow flea’s food source.

They are an essential component in the ecosystem because they feed on decaying organic matter in the soil, thus helping it to decay faster, turning it into plant food.

However, snow fleas have a tendency to come out in the winter and may be found and seen in melting snow instead of remaining in a period of dormancy. 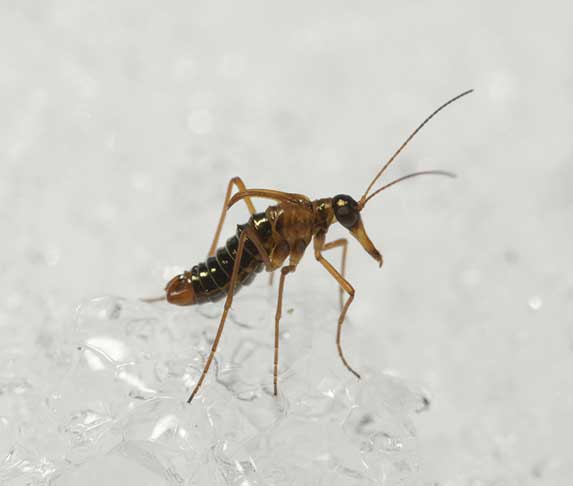 Contrary to most people’s opinions, they are not insects.

They are actually arthropods.

They are wingless and have an equally impressive jumping ability that regular fleas have.

Snow fleas mostly live in areas rich in organic materials (like leaf litter), they are quite common around tree trunks.

Snow fleas are small, about two to three millimeters in length, and they are blue-black in color.

While they strongly resemble the biting, parasitic fleas, snow fleas are not something to fear.

They won’t bite and they are actually great for your lawn and gardens because of the work that they do to help decompose organic material.

Springtails will crawl up the sides of houses and enter them through gaps between bricks or around doors and windows, with hundreds of springtails suddenly appearing indoors.

Once inside a home, springtails usually die quickly from low humidity and lack of food.

So they cannot be transferred from one house to another in boxes or on clothing.

However, springtails can live a long time on indoor potted plants or infest buildings with high humidity.

Where Can Snow Fleas Mostly be Found?

Springtails are an outdoor problem, even if they are found indoors.

When Springtails find their way indoors, because of their desire to eat fungi and mold, springtails are attracted to dark, moist areas such as:

They can infest behind the walls in these areas or be visible on the surface.

Springtails are hearty insects in the sense that they can survive in cold and warm temperatures.

With the exceptions being dry desert-like conditions or extremely cold weather.

Many times, Springtails can be found on window sills, ledges, counters, floors, and other areas.

They are very visible on white or shiny surfaces such as marble or tile in bathrooms.

Because of their very small size and great numbers, they are sometimes referred to as “living moving dust”.

Many times, they will appear as moving dots, so tiny that you can barely see them.

If you go to touch one, it will sometimes “spring away” or hop away from you.

Tips of How to Control Snow Fleas Infestation 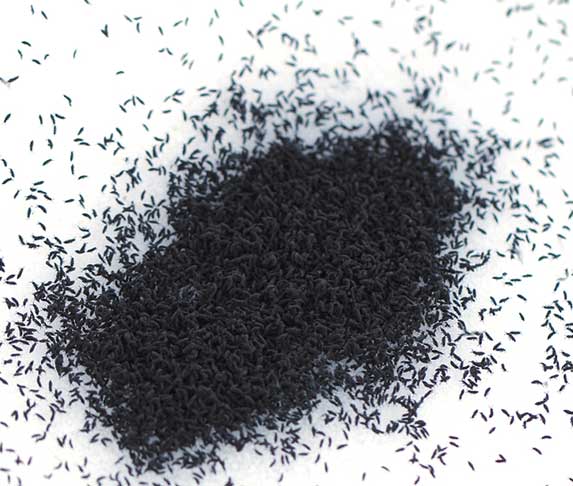 Regular routine spraying of all outdoor areas including the lawn, under shrubs, decks, mulch, garden areas, etc., may be the best way to keep snow fleas under control.

By only spraying your indoor areas, it will not satisfactorily control them.

Springtail control must always begin in the outdoor areas.

However, one of the simplest ways to remove springtails indoors is to simply vacuum them up!

This method is only effective in areas with minimal infestation.

In heavily infested areas, other alternatives should be adopted.

One of these alternatives is the use of glue or sticky traps such as the Trapper LTD Glue Trap.

If you prefer not to kill the springtails, you can use rubber gloves, physically pick up the insects, and take them to a suitable outdoor environment such as in the mulch where they can continue to survive.

To eliminate the possibility of a springtail infestation, you should keep the house as clean and sanitary as possible.

In addition, you should use a dehumidifier to reduce the moisture that attracts springtails.

Vegetation on the outside of the house must be cut and kept short.

Here, keeping the snow fleas out of the home is always the first line of defense.

In almost all cases involving Springtail control, eradication is not instant, nor is it permanent.

Springtails tend to propagate in areas near lakes, streams, creeks, rivers, etc., but can also be associated with overwatered lawns.

They tend to migrate in different areas for no particular reason and can show up anywhere at any time in any season – warm or cold.

This is why control can be so difficult.

Why Is My Dog Coughing After Teeth Cleaning?

What is Their Effect on Dogs?

Snow fleas have no known effects on either a dog or humans.

They will not cause your dog any major health issue other than the normal irritation and itch-like an insect would!

Snow fleas do not even bite and they will not cause diseases to you or your dog.

Snow fleas are not harmful. They do not bite people or pets, spread disease, or damage homes or household items.

Nevertheless, most people don’t want them in their homes.

Their presence alone makes them pests! The only “negative” that they can cause you is being a menace by populating themselves in your compound.

If fast and effective control measures are not taken to curtail their increase in numbers, they may find their way into your home and personal space and be a nuisance.

Other than that, they will not cause any damage or harm to your dog and cannot live on it!