Puppy peeing is one of the most important topics to cover in any puppy guide.

It’s also a topic that causes many people to scurry for the hills, or at least say some bad words and forget about ever getting a puppy again.

But it doesn’t have to be this way! With the right information, you can start potty training your pup easily and quickly, from day one!

How long after drinking water do puppies pee?

If you’ve ever had a puppy, you might have noticed that they pee almost immediately after drinking water.

Dogs are capable of holding their bladders for hours at a time when they don’t need to go, but puppies’ bladders can only hold the liquid in for so long.

Puppies will pee within a few minutes of drinking water because it takes much less time for the liquid to reach their bladder than it would if they were adults.

If your puppy is having trouble holding it in, there could be an underlying health problem causing this behavior—such as a urinary tract infection or diabetes—so check with your vet just to be sure!

How long do dogs take to pee after drinking water? 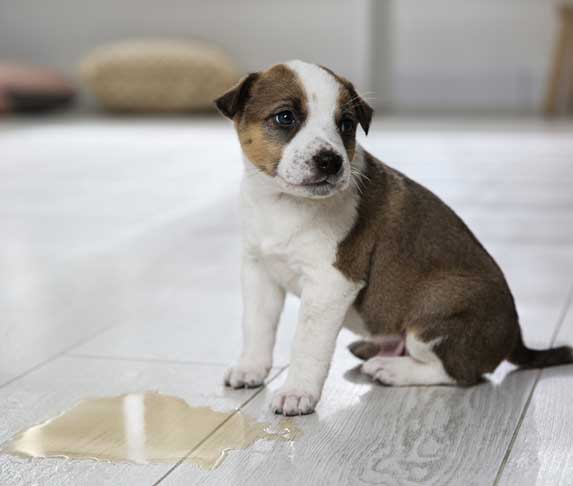 You might be wondering, “How long do dogs pee after drinking water?” or, “How long does it take for my dog to pee after eating?” We can’t answer all of those questions for you, but we can tell you that your puppy needs to go out more than once every eight hours.

In general, how long it takes a dog to pee depends on how much they’ve been drinking and what else they’ve done in the meantime.

If he’s been playing or running around outdoors, he’ll need some time to settle down before going back inside—and vice versa.

Why does my puppy always pee?

Puppies are curious and active. They’re constantly exploring the world around them, which means they’re going to be peeing on a regular basis.

Puppies also mark their territory with urine, so it’s natural for them to pee when they feel threatened or nervous about something new in their environment.

A new person or animal may trigger this instinctive response as well.

Lastly, puppies need to pee more often than adult dogs do because their bladders are smaller and can’t hold as much liquid as an adult dog’s bladder can hold.

How often should my puppy pee?

Puppies need to pee about every 1-2 hours.

You can expect them to pee after eating and drinking, so it’s normal for them to make a pit stop after a meal.

How often your pup pees depends on how much water they drink and how much their body is absorbing from the food they ate.

When you find a pattern with how often they go in the litter box, it will be easier to anticipate when they will need more water or food throughout the day!

If your puppy is a little older than four months and he or she suddenly starts peeing frequently and without warning, it’s possible that they have a urinary tract infection (UTI).

UTIs are more common in female dogs than male dogs and can also be more severe in females.

Puppies who get UTIs will often strain while urinating and pass only small amounts of urine at a time.

In addition to frequent urination, puppies with UTIs may also experience pain when going to the bathroom and may even cry out when they attempt to urinate.

If left untreated, the bacteria from the infection could spread into your dog’s kidneys and bladder causing serious damage over time.

Puppies should always drink plenty of fluids but especially so during warm weather when they’re naturally inclined to play outside as much as possible—this helps dilute their urine which means fewer chances of developing a UTI!

If you think your puppy may have a bladder infection, or if he has been urinating more frequently than normal, it’s important to take him to the vet.

Puppies are especially vulnerable to bacteria in their urinary tract and can become seriously ill without proper treatment.

Your vet will be able to diagnose your puppy and recommend what steps you should take next.