Owning a dog also means ensuring that he is well behaved, obedient and loyal.

However, some dogs may try testing boundaries of who the alpha is in the relationship.

Alphas are known as being the leader of the pack.

If there is no alpha in a pack, it may lead to the pack being confused and conflicted.

In homes, owners should be the alpha, also known as the boss, rather than your dog.

One reason for this is as if your dog dominates you, doesn’t respect you and the rules you set, it may lead to issues in the future such as aggression and destructive behavior.

So, how to tell if your dog thinks he is an alpha in the house? Read more to find out some signs. 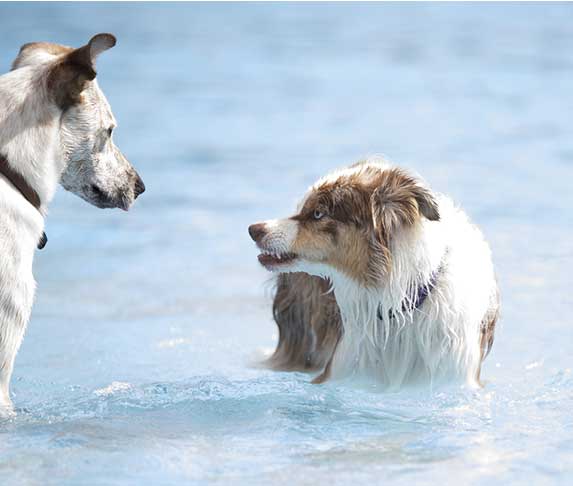 If you notice your dog constantly growling at you when you are near his food or toys, it means that he is trying to control you and keep you away from his possessions.

This is a common sight in alpha dogs.

If your dog pushes you and takes up your space, it can be a sign of dominance.

This is as alphas in a pack tend to control all territory, not allowing you to have ample space.

If he is walking in front of you when on walks, it may be a sign of him making you follow his lead.

This means he views himself as a leader instead.

While if he is by your side or slightly ahead while walking, it shows that he respects you and your commands.

Constantly marking his territory around the home also shows that he is asserting his dominance by claiming ownership of an area.

Marking territory such as peeing around the house shows that he is making threats and showing who is in charge.

Do note that marking may also be due to an underlying issue of stress, anxiety or other illnesses.

If you notice him suddenly doing so, you should consult a vet.

A dog that obeys your commands shows that he respects you as an alpha.

Dogs that do not listen to their owners show that they lack your respect, thinking that they may be of the same power as you. 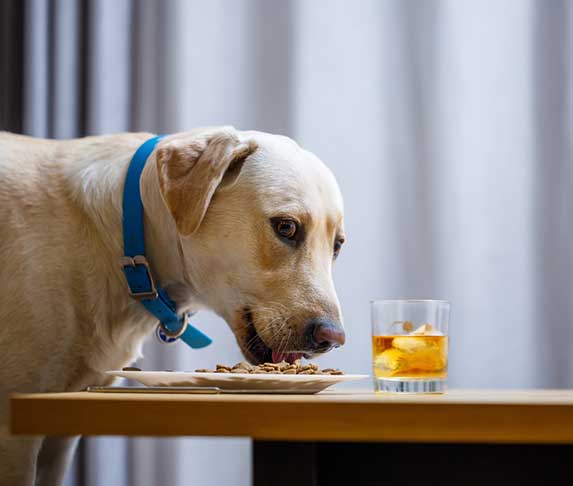 If your dog steals your food, whether it be from your hand or plate, it shows that he does not respect you.

In the wild, food is first eaten by the alpha, followed by the rest of the pack.

If your dog tends to claim a spot on the couch or bed and gets aggressive when you try to move them, he is showing his dominant side to you.

This means that he views these possessions around the house as his.

While if your dog lets you pick a seat first, it means that he respects you by allowing you to take the best seat in the house.

This is a possible sign of an alpha dog, especially if this aggression includes growling with their teeth and biting.

Do note that while this can be seen as aggression, it can also be seen as fear.

Remember that an aggressive dog should not be allowed close to children without supervision.

Having long eye contact with a dog also means that they see themselves as the alpha.

In the dog world, having eye contact with a dog is considered “rude”, especially if your dog stares at your eyes without turning away.

This form of eye contact is used by dogs to intimidate others and express themselves as the alpha in the pack — that he has a higher status than you.

Why Is My Dog Keeps Burping And Licking Lips? (10 Reasons)

How to Show Dominance?

As mentioned, an alpha dog may lead to many problems in the future such as aggressive behavior.

It is important to assert your dominance over your dog to show them that you are the pack leader.

Do note that this does not mean scaring your dog into submissiveness, but rather showing that the relationship between you and your dog needs balance and respect.

One way to show dominance is to display alpha characteristics, especially when your dogs attempt to challenge you.

As dogs rely on body image to understand emotion, it is important that you control your emotions around them.

If you are unstable, it may seem like a window for your dog to take over.

Obedience training is also a way to set rules and boundaries for your dog.

This will show him that he needs to respect you and share, rather than be the leader of the pack.

This training is only effective if the rules are consistent.

Share these rules with those in the household, so it becomes consistent to your dog. Inconsistency will result in them challenging these rules.

When your dog disobeys you, you will need to correct him right after he does so.

Once your dog submits, praise him to show that submission is good.

Signs Your Dog Sees You as Pack Leader 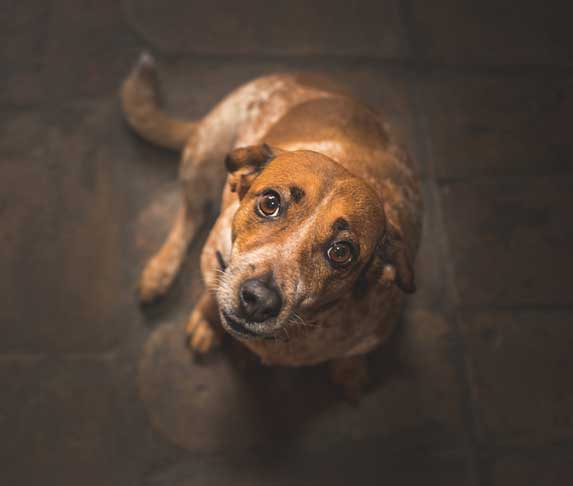 What does your dog do when you come home? If he jumps all over the place, runs to the door, barks, or even jumps on you, then he is seeing himself as higher in pack position than you are.

This is not unusual since dogs naturally see themselves as our equals (at best) and there was a time when they were.

Truth be told: there are signs your dog sees you as the alpha and follows your lead. You need to see those signs and use them to your advantage. They will be able to help you assert yourself as a pack leader or alpha and control your dog’s aggressive behavior.

Some of the most obvious signs your dog sees you as a pack leader are:

What about your little guy over there, are there any unique signs your puppy sees you as the alpha?

Well, the signs your puppy sees you as a pack leader are not really that different from those of an adult dog.

Both puppies and adult dogs look to the human leaders in the “pack” to guide them and set boundaries.

Signs of alpha dog behavior depend on several factors you should keep in mind, which are:

The pack leader is not equivalent to a pack member.

The term “pack” means a group of connected individuals that live in close relationships with one another sharing similar habits, social rules, knowledge, etc.

We, as humans, selectively bred dogs to be companions and working animals so they would not see us as equals but rather as dominant leaders.

However, in most cases, there are certain breeds of dogs who were naturally more comfortable with the human role of pack leader because these were the same breeds used in herding or for guarding livestock.

Having an alpha dog in the home may not be the most ideal situation, as it may lead to bad behavior both in public and at home.

It is important to teach your dog to obey and respect you, rather than being the leader of the house.

While implementing habits is particularly effective when they are puppies, teaching them these new habits to be more submissive in adulthood is also possible, as long as there is consistency.