Did you know that it is not only humans who get to deliver babies through a cesarean section?

In some dog breeds, it is not even an optional way of delivery; it is the only way.

It is usually a preferred way of delivering puppies when there are complications that may arise when giving birth naturally.

There are dog breeds that mostly use cesarean delivery are those breeds which may have large features that may hurt the bitch as she delivers birth. The other dog breeds that use this way of delivery are usually those that get complications when it comes to the natural way of giving birth. Such dog breeds with a high cesarean delivery rate are such as the Pekingese, the French bulldog, Boston terrier, bulldog, mastiff, Miniature bull terrier, a Scottish terrier, Clumber spaniel, and German wirehaired.

Here is more about all the cesarean delivery process and what you need to know about it; mainly focusing on dogs.

What exactly is a cesarean delivery in dogs?

This is also known as a hysterectomy.

It is a procedure that is performed by surgery to remove the unborn fetus from the mothers’ uterus manually without having to go through the natural process of childbirth which involves pushing the child out of the uterus.

When the cesarean delivery is being done, the dog is put through some anesthesia to numb the body for the procedure to take place.

During the procedure, after the incision is made through the uterus, the pups are taken out one by one from the uterus then the dog is sewn up afterward before the anesthesia wears off.

What are the reasons why a dog would have to give birth through cesarean? 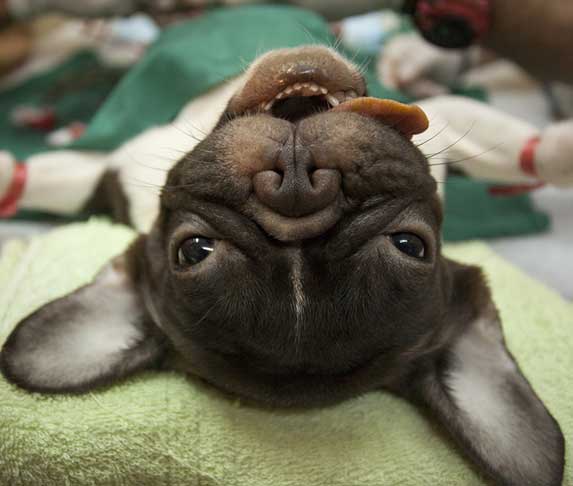 There are a couple of reasons that a dog owner would choose to let their dog undergo cesarean delivery instead of natural delivery.

These can either be at moments where it’s the only option or it could just be a preference.

Here are some of the few reasons as to why the dogs may undergo cesarean delivery:

1. The dog owners may want their dogs to get their pups through a cesarean delivery for personal reasons.

Some dog owners may prefer the c-section delivery on their dogs after another successful c-section that has been done before.

It is okay to carry out another c-section on your dog so long as you adhere to the spacing between births and get informed about all the precautions accompanying the procedure.

2. The cesarean delivery may be carried out on your dog if there are possible emergency cases that could come up.

This mainly touches on situations where it is not safe at all to perform a natural birth without possibly losing a life.

Such situations are extremely high risk and the only way to bring down those risks is by performing a cesarean delivery.

3. Cesarean section may be a compulsory birth method in some dog breeds.

In some dog breeds such as the bulldog, they have extremely large heads which may end up causing a scenario in which the womb is blocked and the pup is unable to get out.

Dystocia can easily be described as breathing problems that may affect the dam or the pups during the delivery.

If there is at all any chance of this happening during the delivery, it is always safer to perform a c-section as this could turn fatal fast.

When ultrasounds are performed or even when natural birth is happening, there are some situations in which the dog’s tail is the part facing downwards.

Such births are known as breech births. They tend to bring more complications than if the dog’s head was the one facing downwards.

Bleeding during giving birth is a normal occurrence until the blood becomes excessive.

When this happens, the mother is in danger of losing a lot of blood and slipping out of consciousness.

This then calls for a c-section to be performed to continue with the delivery.

This is the condition where the dogs’ fetus is dead even before being retrieved from the womb. It is similar to the term “stillborn”.

In such a situation, the fetus has to be removed from the womb by a C-section or else the fetus will remain in the womb and rot.

How expensive is a cesarean delivery?

A cesarean delivery can cost approximately 500 dollars to 2000 dollars.

What are the risks associated with cesarean delivery? 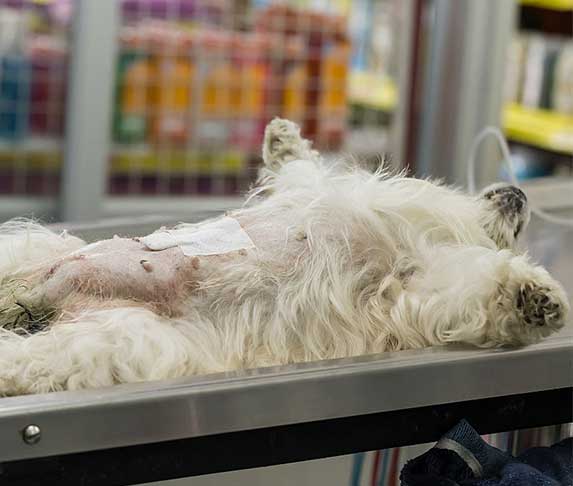 Any medical procedure has its risks that are always important to note all the risks to take proper precautions beforehand.

This also applies to the cesarean delivery procedure.

As much as it has some advantages, there are some minimal risks involved that your medical team will have to let you know about the cesarean sections.

Before discussing the risks involved, it is always important to note that; when cesarean delivery is done in dogs, the pups are usually at a higher risk as compared to the dog delivering them.

This, however, does not mean that the dam does not experience certain risks as well.

When it comes to performing a cesarean section, it is always good to note the following:

1. The cesarean can only be carried out once your dog has begun labor.

This can be determined by the difference in time between similar contractions and expansions of the dam.

2. The cesarean cannot be carried if the dam’s temperature goes under 99 degrees Celsius.

3. The delivery also had to be done within a period after the overdue date.

Hence, here are the risks involved with cesarean sections in dogs and they will be grouped depending on those that affect the mother and the pup:

The pups also may have a few complications here and there and are mainly dependent on how well the dam is going through with the procedure.

Here are some of the complications:

All in all, the risks of cesarean delivery are normally minimal.

But it is important to always inform yourself about all the possible scenarios and talk to your vet about the delivery.