Everybody likes music. The right kind of music can be very soothing and healing, thus improving your overall health.

Your dog isn’t so different.

If you tend to leave your dog home alone and go run a few errands or go to work, you might have wondered the best way to keep them entertained while you’re away.

Some dog owners prefer to leave the television turned on and tuned to their dog’s favorite channel; however, you might want to consider music.

According to science, leaving music turned on for your dog while you’re away during the day or sleep at night could be very beneficial to your dog.

Certain types of music have been discovered to be very calming to your canine friend and can help in alleviating feelings of anxiety.

And if your dog is scared of the vacuum cleaner or fireworks, then it can also be used to drown out the sounds.

What Are The Benefits Of Having My Dog Listen To Music? 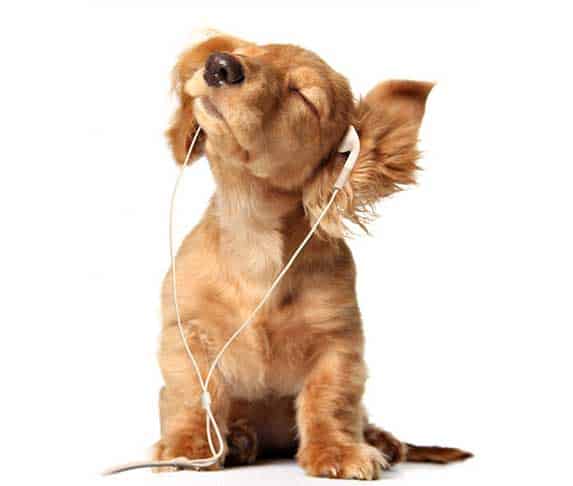 Although dogs have a very complicated relationship with music, the right kind of music can trigger healthy responses from dogs.

Some of the benefits of having your dog listen to music are:

What Genres Of Music Works Best?

Music can be very beneficial to your dog, as we’ve already established.

But your choice of music does matter as some songs can cause more harm than good.

Lots of research has been done on the kinds of music (e.g., genre) that will be most beneficial to your dog and what you should let them listen to.

Overall, what most research has found is that the type or genre of music you let your dog listen to is not as important as the pitch of the song.

Dogs have very sensitive ears, and their ears can pick up higher frequencies than human ears.

That’s why you might have noticed that a dog whistle, while seemingly noiselessly to your ears it can clearly be heard by your dog and other dogs nearby.

It’s because of how easy it is for them to pick up sounds that they’re unable to tell sounds apart.

But it just means that you have to be selective in choosing music for your dog as certain kinds of music might not give the reward they’re supposed to.

All that aside, there are certain genres that have been proven to help your dog relax.

Here are some examples of genres that can be beneficial to your dog:

Through research, we’ve come to know that classical music from artists like Mozart and Beethoven has a calming effect on dogs, especially when played at a low volume.

However, there is the issue that is repeatedly playing a particular song in the genre will mean your dog might get used to it and may cease reaping those exquisite benefits.

Similar to classical music, reggae music is known for reducing stress in dogs. Listening to musical artists like Bob Marley reduced the blood pressure during an experiment conducted at Glasgow university to discover dogs’ reactions to various kinds of music.

So if you were ever considering a genre of music to help you calm your dog and reduce their anxiety, then reggae is one of the best options out there 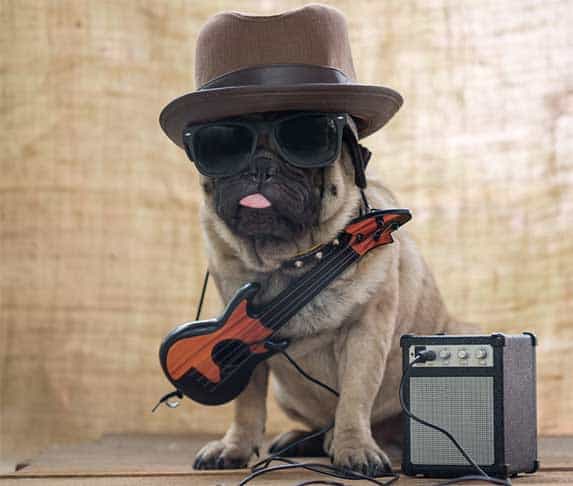 The same Glasgow university experiment was conducted only instead of reggae, soft rock was what was used, and a similar result was found.

Soft rock was able to reduce anxiety and induce a sense of calm in dogs.

Recently, many people in the music industry, such as music producers, radio stations, musicians, etc., have teamed up to create songs specifically for dogs.

That is creating music with sounds that a dog will enjoy listening to.

They combined musical elements from reggae music, soft rock, and classical music and adapted it into s tune that will calm dogs and reduce their anxiety.

A lot of factors were taken into account during the production of these tunes.

From the pitch, tempo, etc., meaning you don’t have to worry about your dog getting upset or bored with the song choice over time.

Leaving some music playing for your dog has many wonderful benefits, but not all songs are great for dogs as some can even do more harm than good.

You should be selective in picking out songs from the genre that your dog will enjoy and allow the song to do its magic.