Why Do Cats Blep?

You come home one day and find Whiskers perched on the window sill as usual. You call him and he turns to you, tongue sticking out. You cannot help but wonder if that is normal […] 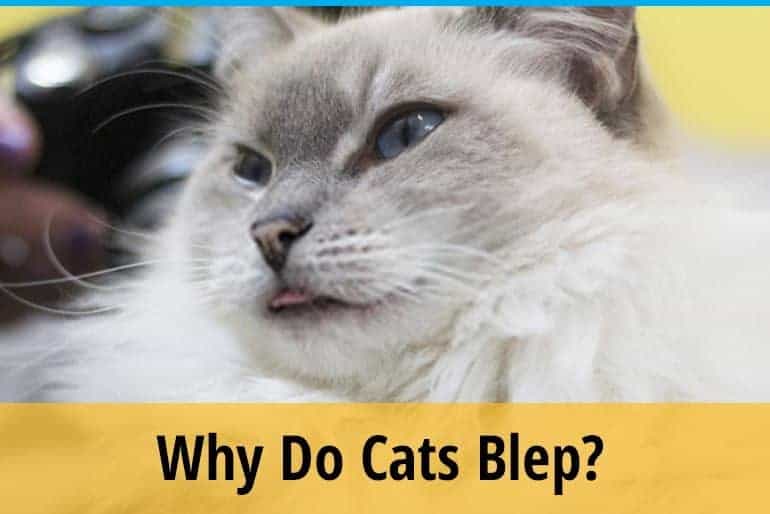 You come home one day and find Whiskers perched on the window sill as usual. You call him and he turns to you, tongue sticking out. You cannot help but wonder if that is normal behavior from a cat.

Yes, this is quite normal of Whiskers. He is not rudely sticking his tongue out at you. This is ‘blepping’ and is one of the bizarre things cats do. It is like a dog eating rocks.

Why do cats blep?

Any cat lover would wonder the same. Turns out there are several reasons why a cat would blep. One of these reasons is a biological response to a stimulus. A cat would also stick its tongue out by mistake. It all depends on the duration of the blep.

Without further ado, here are the top reasons why a cat would blep.

1. You caught him off-guard

Your cat could be grooming himself before you walk into the room. He will instantly look up at you and may forget to put his tongue in. Since he knows you, he will go back to his grooming immediately. If it is a stranger or intruder, that blep may go on longer as your cat decides what to do next.

By the way, did you know that cats also stick their tongue longer after grooming? This would happen if debris like cat hair got stuck on the cat’s tongue or mouth. The discomfort of something in its tongue causes it to stick the tongue out.

2. He is in deep relaxation

As your cat relaxes, he likely to let his tongue out. One of the ways to induce a blep in your cat is by massaging him. Let him lie on your lap and massage his back and neck. If the therapy feels so good, Whiskers will oblige with letting his tongue out.

3. He is tasting the air

4. He cannot feel his incisors

If your cat loses one or several of his front teeth, he will want to fill the gap with his tongue. Besides tearing through solid foods, incisors help hold the tongue inside the mouth. When one tooth is missing, your cat will lick at the gap in his teeth. When several teeth are missing, the tongue may rest in the wider gap permanently.

This is a harmless habit exhibited by your cat. But if you feel disturbed with how your cat looks with the tongue out, then consider getting feline dental implants for the cat.

Humans get excited about the aroma of food and so do cats. Cats do not even have to see the food. Once they catch wind of the scent of food, they will stick their tongue out to ‘smell’ it better. This sounds strange but cats of stimuli receptors on the walls of their mouths. They will stick their tongue out then rub it along these walls to interpret the outside stimulus.

When should I worry about my cat’s blep?

Blepping is normal behavior for any cat. If you see your cat blep for any of the above reasons, there is no cause for alarm.

What if your cat blepping is a sign of danger?

If the blepping is not normal, it is often accompanied by other symptoms. Below are some of these symptoms.

One of the cutest photos you can take of Whiskers cat is when he is blepping. Yet, blepping could also be a sign of an underlying problem that requires your attention. Are you worried about your cat’s constant blep? Let a trained vet check him and ensure he is okay.