Have you ever considered owning a sugar glider as a pet?

These cute, playful creatures have gained popularity in recent years as exotic pets.

But have you ever stopped to wonder where these little guys come from?

In this article, we will take a look at the native habitat, history, and evolution of sugar gliders. 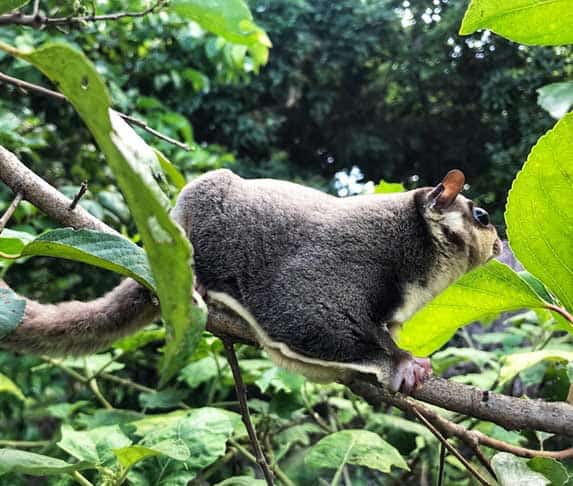 They can be found in a variety of forested areas, including eucalyptus forests and rainforests.

They are arboreal animals, meaning they spend most of their time in trees.

In the wild, they can be found gliding from tree to tree in search of food, hence their name.

Sugar gliders were first introduced to the pet market in the 1990s.

They quickly gained popularity due to their small size, social nature, and ability to be trained to do tricks.

However, the trade and breeding of sugar gliders as exotic pets has not been without controversy.

Some animal welfare organizations argue that they are not suitable as pets due to their complex social and behavioral needs, which can be difficult to meet in a domestic setting.

There have also been concerns about the ethics of breeding and selling exotic animals, as well as the potential negative impact on wild populations.

Do You Have a Pet Sugar Glider? Here’s What You Need to Know About the Cage Setup

Sugar gliders belong to the marsupial order, which also includes animals like kangaroos and wallabies.

Marsupials are characterized by their characteristic pouch, in which they carry and nurse their young.

Sugar gliders are classified as part of the Petauridae family, which includes other gliding marsupials such as the greater glider and squirrel glider.

The physical and behavioral traits that distinguish them from other marsupials

Sugar gliders are distinct from other marsupials in a number of ways.

They have a thin membrane, called the patagium, which stretches between their front and back legs and allows them to glide through the air.

They also have a grooming claw on their second toe, which they use to clean their fur.

In terms of behavior, sugar gliders are known for their social nature and tendency to form strong bonds with their family groups.

In conclusion, sugar gliders are native to Australia, Indonesia, and Papua New Guinea, where they can be found in forested areas such as eucalyptus forests and rainforests.

They were first introduced to the pet market in the 1990s, but their trade and breeding as exotic pets have been controversial.

Sugar gliders belong to the marsupial order and are classified as part of the Petauridae family, which includes other gliding marsupials.

They have a number of physical and behavioral traits that distinguish them from other marsupials, including their patagium, grooming claw, and social nature.

Understanding the origin and natural habitat of sugar gliders is important for proper care and conservation efforts.