Snakes are carnivores, which means that they eat other animals.

But what happens when a snake catches its Prey?

If it’s a venomous snake, it injects its victim with poison before consuming the animal whole.

But if you’ve ever seen a non-venomous snake kill its Prey, then you know that they don’t typically eat their food right away.

So why do snakes kill Prey but won’t eat them?

Snakes are carnivores, meaning they eat other animals.

They do not eat plants, and unlike other animals like cows or crows, they hunt live Prey rather than eat dead stuff.

Why? Because snakes don’t chew their food. This makes sense when you think about it: Snakes don’t have teeth that they use to rip asunder their Prey (like lions do).

Instead, they constrict their meals by squeezing them with muscles in their bodies until the animal suffocates—a method that doesn’t require any chewing action whatsoever.

They smell with their tongue. 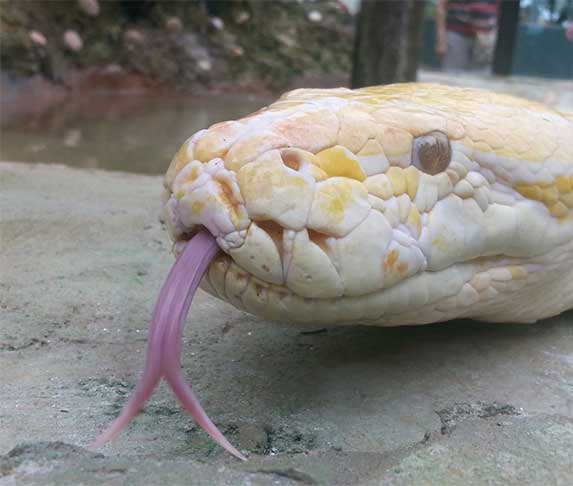 Snakes have forked tongues. They use their tongue to smell, just like we do, and snakes can smell with their tongues.

But why don’t they eat the Prey?

Well, if you were going to eat something and didn’t know how long it had been dead, would you eat it?

No. If a snake killed somebody and ate them and then got caught by someone else, it wouldn’t be suitable for the snake because it would get into trouble for killing people (and getting seen).

So snakes won’t eat dead stuff because they want to keep being alive.

The best meals come in the smallest packages.

So, why do snakes choose not to eat their Prey? The answer is simple: it’s the size of the meal.

Smaller meals are more manageable for a snake to capture and more accessible to digest.

Smaller Prey has a higher energy content than larger ones, which means that even if you’re only eating half of what you could fit in your mouth at once, your body will still get enough nutrients from it.

And lastly: finding small Prey can be problematic in the wild.

Many snakes do not have access to large animals like deer or raccoons because they live in areas with few humans and little agriculture or animal husbandry nearby (though some species do).

Snakes want to eat their food whole without biting into it.

Snakes don’t have teeth, so they can’t bite their Prey into pieces.

Snakes need to swallow their food whole for it to digest properly.

The snake has no hands or feet, so there’s no way for them to hold onto the Prey with their mouths and cut it up before swallowing it.

This is why snakes kill with venom instead of biting off chunks of flesh from the Prey – they have no other choice.

Most snakes release their Prey after it’s dead anyway.

You might wonder why snakes kill their Prey and then leave it to rot.

But really, this is all part of the snake’s strategy to make as much use of its food as possible.

Instead, they use their speed and strength to overpower their Prey before moving on with their day (or night).

Snakes can go a long time without eating because they’re cold-blooded, so when they catch something, it’s essential to make sure every bite counts.

Snakes are incredible predators, but they aren’t just ruthless killers.

They have their unique way of doing things, as seen in this article.