Most dog breeds have round-shaped eyeballs irrespective of the breed type, eye color, or eye shape.

But the shape of a dog’s external eyes and their placement on the head varies from one breed to another breed and significantly, this contributes to the dog’s efficiency in achieving its natural purpose.

Take, for instance, round bulging eyes in dogs especially hunting dogs will be too exposed and these eyes will easily be damaged by twig and brushes as the predator runs after its prey.

Dog eye shapes vary between triangular, round, oval, or almond.

The eye shape of any dog breed is greatly determined by numerous factors.

Including the orbital ring of bone that surrounds not just the eyes but the distance between the top and bottom eyelids, and the total amount of fat behind the eyeballs.

Almond-shaped eyes are fairly common characteristics in dogs and there are numerous dog breeds with eyes shaped like almonds, we’ve listed 21 of them below.

Why do dogs have almond-shaped eyes?

Dogs due to natural means have almond-shaped eyes, sometimes this occurs when they are frightened.

For instance, if a dog is anxious, alert, or uncomfortable, the eyes are seen larger and rounder due to some muscular tension in the face pulling the entire eyes open wider.

If there is no tension in the dog’s face, the dog’s eyes naturally would appear lightly squinted and almond-shaped.

Some of the breeds are as follows: 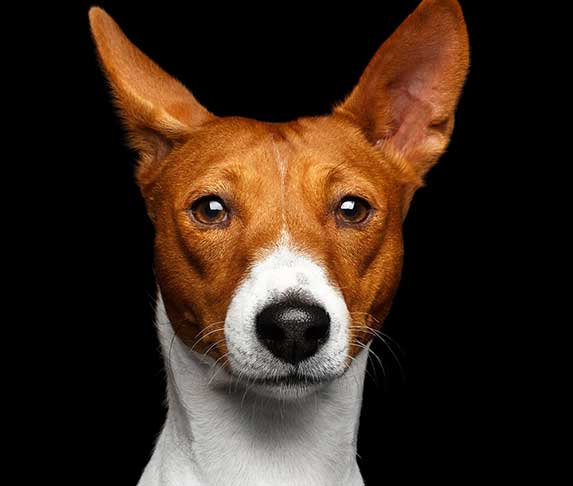 Most dogs are sighthounds or scent hounds, but the Basenji uses both scent and sight to find its prey.

Originally, they were used to flush small animals, birds into hunters’ nests.

They do not bark, instead, they whine and yodel.

They are independent with a cat-like personality which makes training difficult. 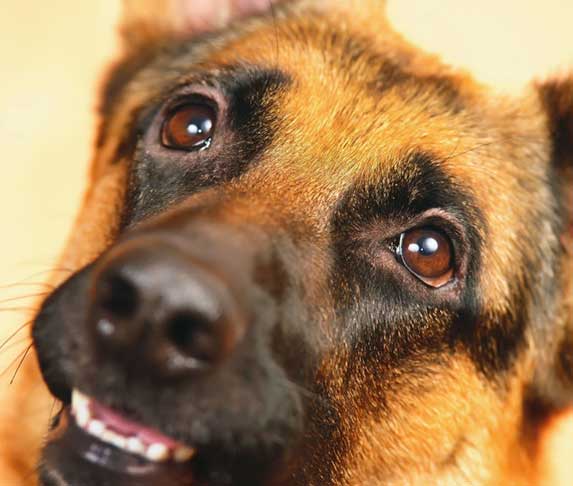 The German Shepherd Dog is one popular dog breed in the world.

They were originally used as working dogs.

The German shepherd dogs are known for their loyalty and devotion to family, they are obedient, intelligent, courageous, and highly trainable.

Due to these great qualities, they are used extensively by the military and police.

With proper training, they make perfect guard dogs and they protect their territory 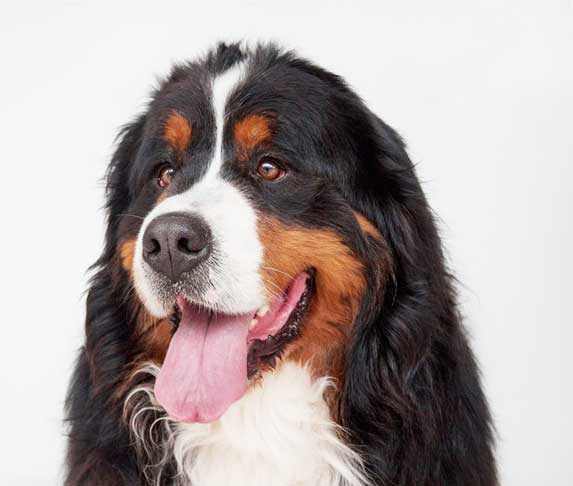 The Bernese Mountain Dog hails from Switzerland where it serves as an extremely versatile working dog on farms.

Since they are large and sturdy bred, you can use them to herd cattle, pull carts, and be loyal companions.

As a family pet, they are alert, hard workers, good-natured, and always eager to please their families. 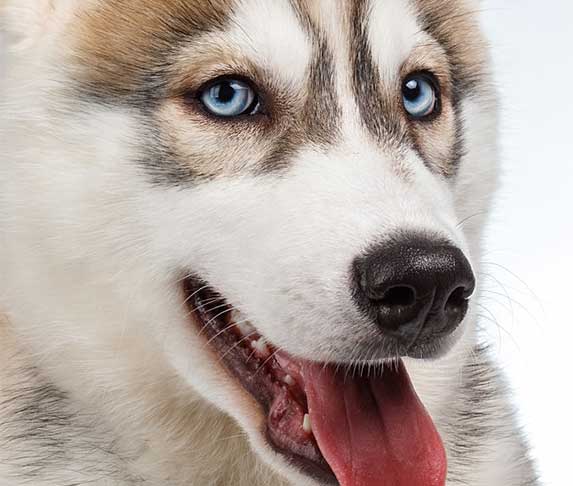 The Siberian Husky is an Arctic dog breed and was initially bred to help the Chukchi citizens of Siberia hunt efficiently.

They are working dogs and have world-class sled-pulling ability, but these dogs are very friendly and like to cuddle.

Siberian husky has an amazingly thick coat with a variety of colors and markings.

Huskies groom themselves in several ways and by licking their bodies like cats, and they do not need baths very often.

The Reagle is a medium-sized mixed dog breed, it is the result of a cross between the Beagle and Rottweiler.

These dogs have a compact build with the behavior of Beagles, they’re lovable and affectionate creatures.

Reagle does not have the antisocial attribute you may see in some Rottweilers, they’re gentle and quite loyal. 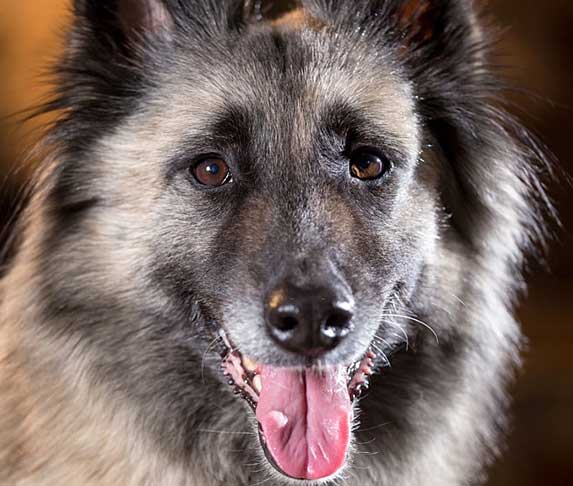 The Belgian Sheepdog originated in Belgium where they were initially used to herd sheep.

They are built for work and are they are highly trainable, this dog breed is smart, alert, devoted, and loves to be close to humans.

With a very sensitive characteristic, the Belgian sheepdog makes a great family companion and they do crave attention. 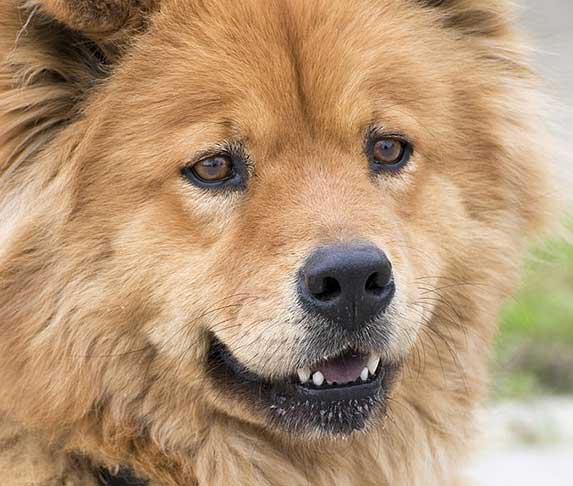 The Eurasier is a German medium-sized dog of the Spitz type.

Eurasier dogs are known to be gentle, loyal, even-tempered, very intelligent, they make awesome family companions and are good with kids.

Eurasiers come in different beautiful colors and can have pink tongues, purple or spotted tongues. 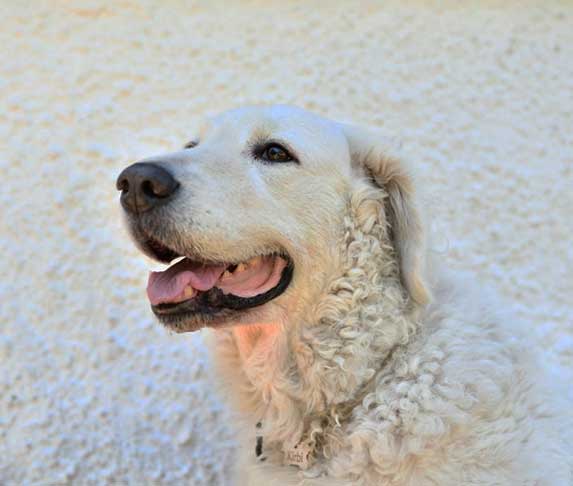 The Kuvasz is an old Hungarian dog breed.

Kuvaszok have a good history of being royal and they are livestock guard dogs, but mostly found in homes as family pets, companions.

These dogs are guard dogs and are very protective of their families and they are often suspicious of strangers. 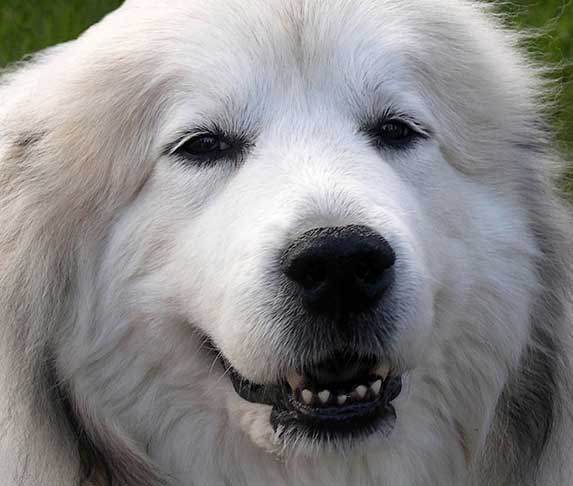 The Great Pyrenees also called the Pyrenean Mountain Dog, is a large dog breed used for guarding and herding livestock in the Pyrenees Mountains of Europe.

In the year 1675, the Pyr was named the Royal Dog of France by the Dauphin in the court of King Louis XIV.

They are courageous, intelligent, and very devoted to protecting their families.

The Uruguayan Cimarron is an athletic Mastiff-type dog.

They are a multi-purpose working dog and the only native breed to Uruguay.

Today, Uruguayan Cimarrons are seen as house companions but in some regions in Uruguay, they are still used for cattle driving, hunting, herding.

This dog breed has high intelligence, and it can memorize and comprehend new commands in 10-25 repetitions.

As pets and companions, they are loving, affectionate, and actively playful. 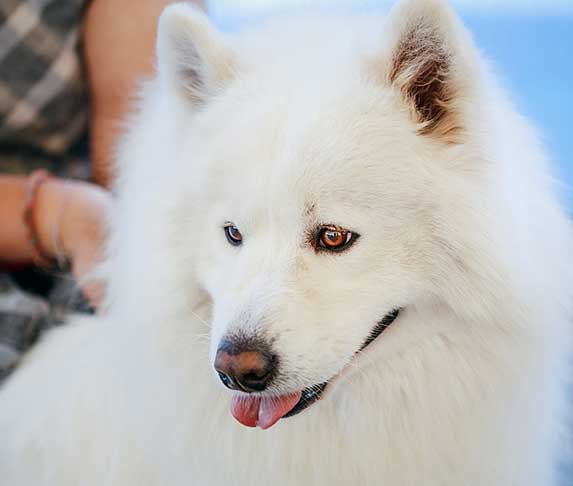 The Samoyed dog breed is generally for hunting.

The Samoyed is a tough worker and can be strong-willed, but they are generally very gentle, affectionate, and very devoted to their families.

These dogs are highly friendly and don’t mind being occasionally stroked by strangers.

They are often called Smiley because of their expression which looks like a grin. 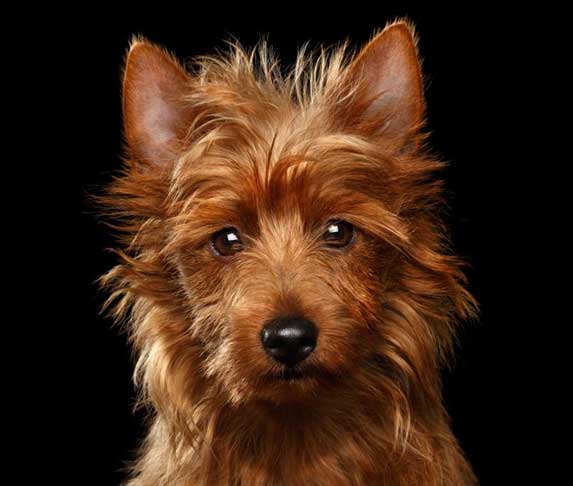 The Silky terrier is a minuscule dog with shiny silky fur that is quite similar to human hair but has a distinct tan and silvery blue.

Silky terriers are very spirited and intelligent, very courageous, learning commands and some tricks at about 7 to 8 weeks, and can continue learning new things throughout their entire life.

They are playful, curious, and full of energy and make good company.

There isn’t any dull moment with this dog, they are very energetic, confident. 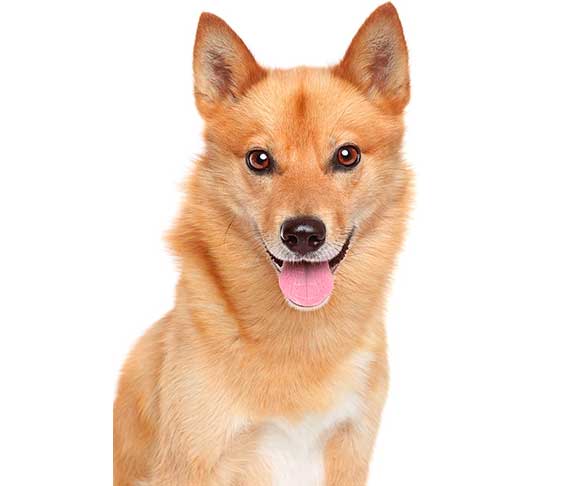 The Finnish Spitz is known for its fox-like elegant appearance and it is the national dog of Finland.

They were initially bred to hunt a wide range of little and large games.

During their hunt, the Finnish Spitz run ahead of the hunter and they bark when they find something, this gave them the name “bark pointer.”

Today, they are companions, family pets, and have good love for kids. 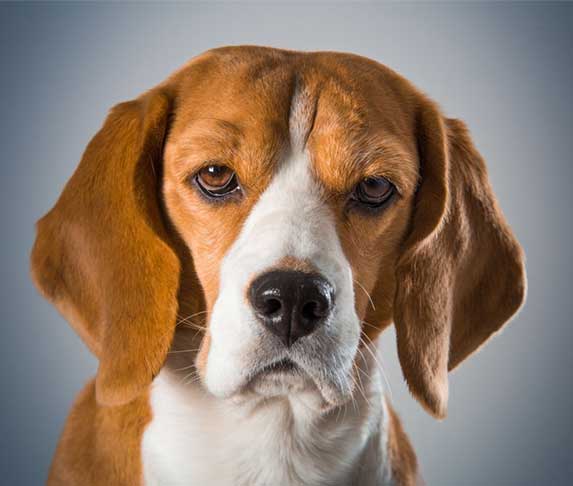 Beagles are one of the world’s most popular dogs in the United States, they are good family pets with a distinct sense of smell.

With their awesome sense of stamina and smell, Beagles are hunting dogs and were used to hunt hares and rabbits.

Their distinct sense of smell earns them a spot in Homeland Security. 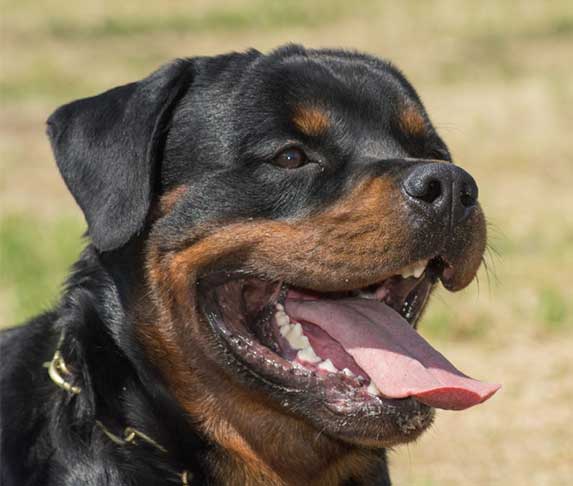 The Rottweiler was initially bred in Germany to drive cattle to the market, and they are used to pull carts for butchers.

Rottweilers have a distinct protective nature which can be bother-line aggressive if not carefully bred to be cool and calm.

With great and consistent training, these dogs can be so loving.

They were the first-ever dogs ever to serve in the military and police.

As family pets, Rotties are very much affectionate and protective. 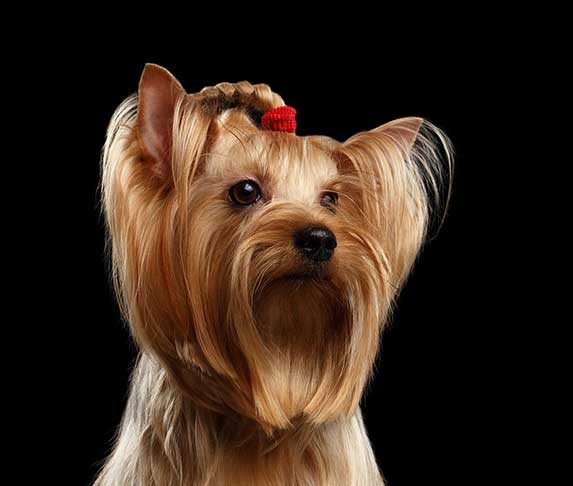 Yorkshire terrier, mostly called Yorkies, are known for their distinct long, flowing silky coat which looks like an elegant princess.

But these dogs were initially used to catch prey like rats and some other vermin in underground tunnels.

Yorkies have fine coats which are similar to human hair and which require daily brushing, if not it will eventually tangle in knots. 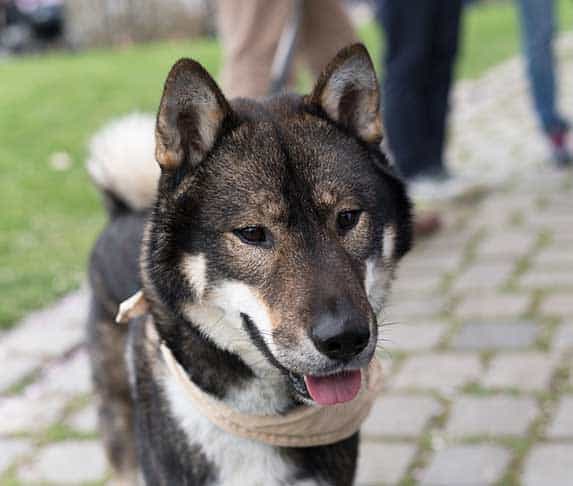 The Shikoku is an average-sized Japanese dog breed from Shikoku island.

They were hunting dogs and used by most Japanese hunters for tracking prey, especially wild boar.

The Shikoku dog has well-developed and real clean-cut muscles with a powerful and compact body.

This dog is so brave and loyal to family, they are very protective of family and they are cautious around strangers. 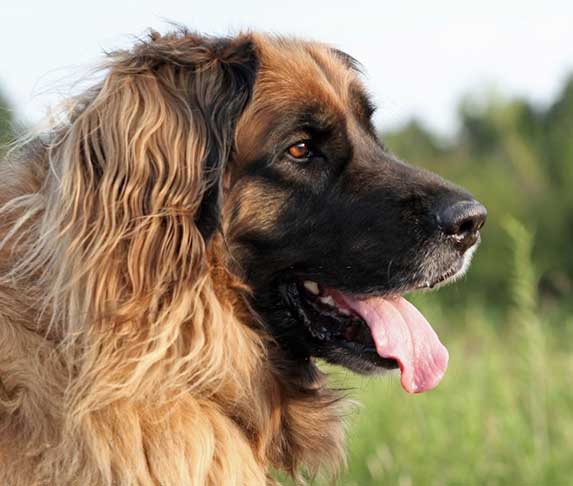 Leonberger is a German dog developed by crossing saint Bernards with Newfoundland’s and some Great Pyrenees.

The Leo is a big dog that requires constant training, and when well-trained it can do virtually anything.

They are smart learners but are also strong-willed, so don’t always expect them to follow your commands.

This dog is powerful, agile, and energetic with lots of stamina. They are great swimmers because of their webbed feet. 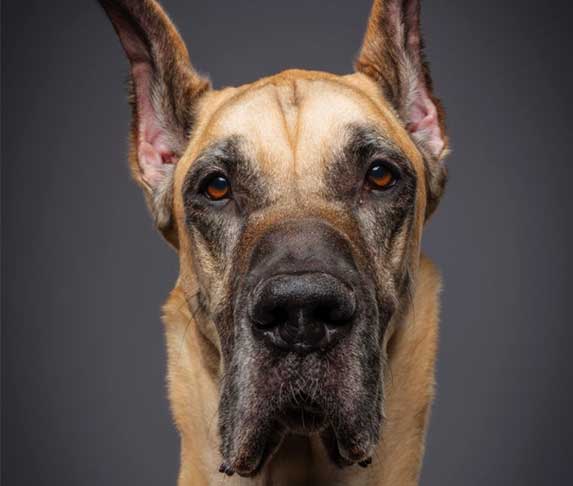 The Great Dane was initially bred in Germany for boar hunting in the 19th century, they have very powerful muscular, and athletic bodies with an elegant poses.

Great Danes are the tallest dogs in the entire world and a male Dane dog can grow up to 32 inches tall while females grow about 30 inches.

This dog breed is described as “the Apollo of dogs” because of its courage, grace, and beauty. 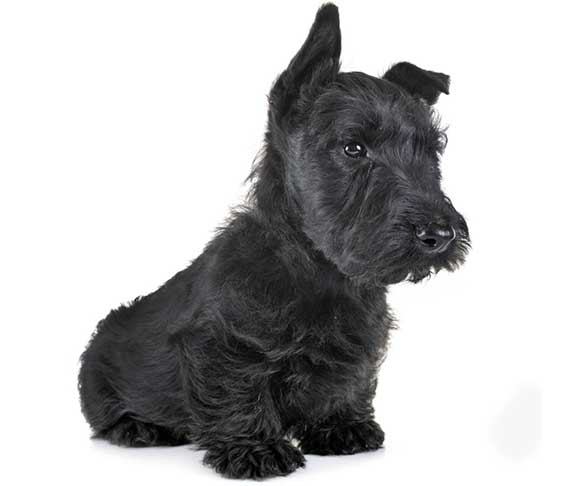 Scottish terriers, fondly called Scottie, are powerful and fierce and were used to drive badgers and vermin away from homes and buildings.

The Scottie is an independent powerful and stubborn dog with a distinct sensitive side, this dog loves admiration and praise so much.

Despite their small but unique size, the Scottish terriers bark aggressively and are a good watchdog.

Big, powerful, smart, with much substance and strong bone.

The broad head, giving a blunt triangle, with deep muzzle, tiny eyes, and erect ears carried forward in line with the back of the neck, is the nature of the breed.

The fine, curled tail, balancing the broadhead, is also characteristic of the breed.