Some dogs have a tiny semi-erect ear with a front protruding flap that folds forward nearly to the skull obscuring most of the ear canal.

Why do dogs have button ears?

Dogs due to natural means have button ears, and other times depends on their emotional state, some dogs react to fear and their ears give some distinct reactions in the process.

Below are dogs with button ear breeds

Some of the button ear breeds are as follows: 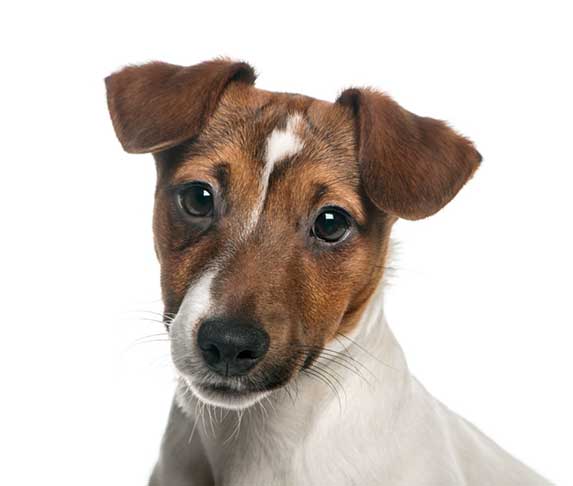 This energetic and friendly dog was initially bred to be a working dog and in recent time still displays the distinct cleverness that made it one of the highly-sought-after hunting dogs back in the early 19th century.

If you ever own a Jack Russell terrier you know your pup thrives on attention and completing remarkable tasks.

After all, this breed is known as one of the most successful “working” dogs in Hollywood.

Below are what you should know about Jack Russel

The Jack Russell initially had a brown fur coat. It is now nearly all-white coloring that was strategically bred to separate the dog from the fox game while it was hunting.

From Namesake to Name Change

The Jack Russell terrier was initially named after Reverend John “Jack” Russell, a remarkable hunter who bred hunting dogs in various city in England during the mid-1800s.

The Jack breed has since been renamed, sort of, three to four times.

Jack Russell terriers can jump as high as four to five feet.

These little pups are also known for their tolerance: they can run long distances and can even burrow underground and wait for some days on end to chase out their prey. 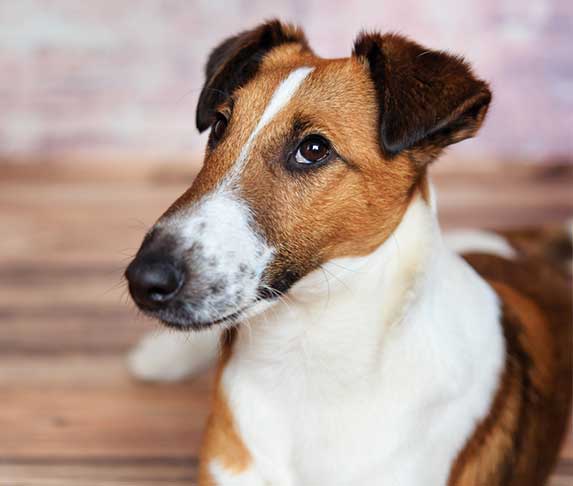 The body of this unique breed is quite compact and muscular, built for agility and speed.

The dog possesses a short body but a lengthy sleek face with ears that fold forward extending to the cheeks.

These dogs are about 13 to 15 inches tall and weigh about 16 to 18 pounds (seven to eight kilograms).

The coat of a Smooth Fox Terrier is quite short, flat against the body, and somehow dense.

Usually, the hair covers the entire belly and inner thighs as well. The color of their coat is white with some markings of black and tan.

Befitting of their powerful hunting instinct, the Smooth Fox Terrier has a unique sense of smell, some sharp eyesight, and staying power to finish a job.

This remarkable drive carries over to their everyday life, whether playing a game of fetch or digging in the yard.

The smooth is calmly trained, but he needs a very strong hand to control his desire to hunt.

This breed is happiest when agile and is best suited to a family that is on the go.

Anyone who leads an agile lifestyle and loves to take his dog along will be ideally suited to this breed.

The smooth fox terrier is energetic and friendly.

These dogs are wonderful human companions for children and are never tired of all sorts of games.

The coat of the smooth fox terrier is easy to keep neat.

Daily brushing will keep it sparkling clean and prevent shedding in the house.

Daily routine exercise will naturally keep them a smooth-looking fit. 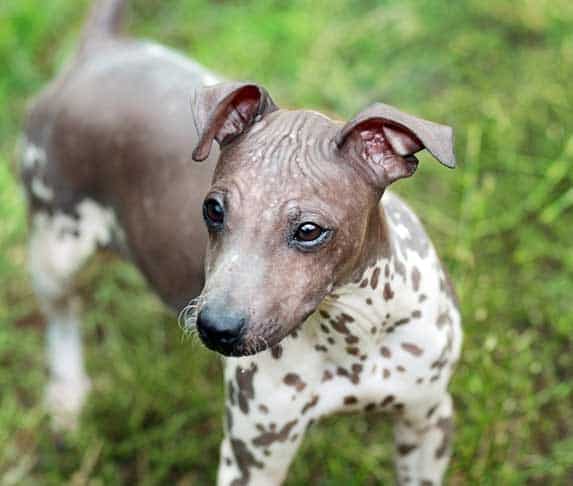 The American Hairless Terrier is a small to medium-sized, quite muscular, and agile terrier.

Ancestors of this breed were bred to hunt vermin such as rats.

The lack of coat of the American Hairless Terrier renders them not capable for most hunting activities.

They have, however, sustained a powerful hunting instinct and excel in many other activities and sports.

The breed is energetic, curious, alert, and quite intelligent.

Viewed from their front or side, their head forms a wedge shape and is proportionate to the size of their body.

Eyes are round, set obliquely, round, somewhat prominent but average in size, and of matching color.

Their Eye color varies with body color from dark brown to hazel and amber.

The body is longer than tall.

The loin is averagely short, slightly arched, and quite muscular, with average tuck-up and the croup is slightly sloping.

7 Dog-Friendly Trees for Your Fur Babies 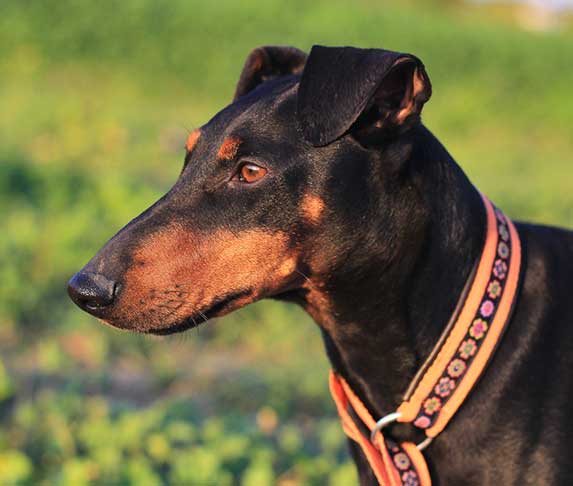 A small to medium-sized dog, the Manchester Terrier is a smart dog with a short, smooth glossy coat that is slight black with specific tan markings. Compact, elegant, and sound with substance.

Adult male dogs are about 42cm in height and females about 38cm.

Black and tan Terriers were initially used for ratting and other pest control in Elizabethan times and this continued for some centuries.

The Manchester Terrier is unique in many respects – he is larger than life character that can be quite stubborn, tenacious, and vocal. He also has all the possible terrier plus-points — he is so loyal to his family ones and is a fun, loving companion. 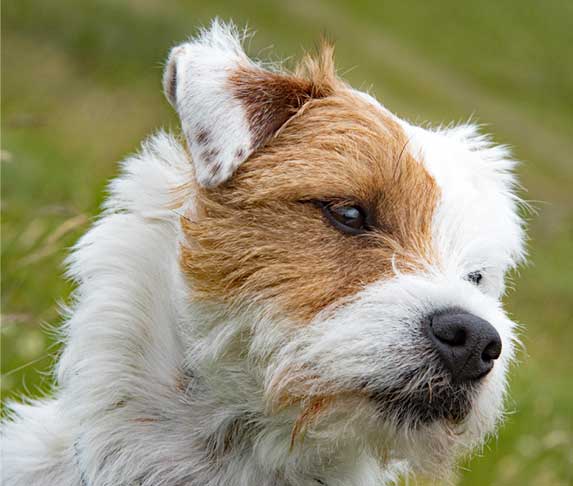 The Parson Russell Terrier is a breed of white terrier that was the original Fox Terrier of the 18th century.

They can be quite playful with other dogs, and get along with horses.

The breed standard requires that their shyness be treated as a fault, although it states that this should not be mistaken with submissiveness which is not treated as such.

Brutal aggression towards another dog is not accepted and is a criterion for disqualification in the show ring. 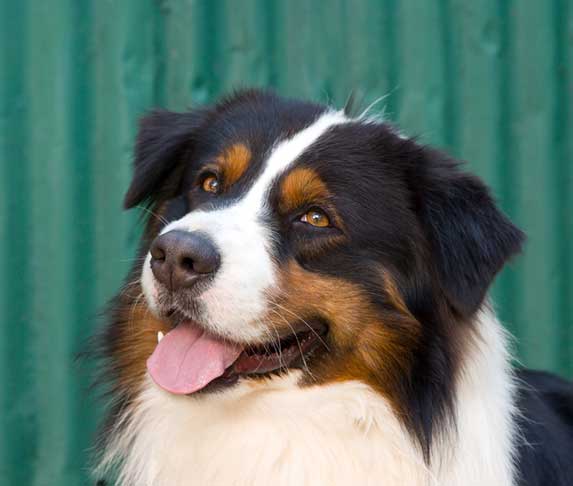 The Australian Shepherd is a remarkable medium-sized breed of dog that was found in the United States and noted as a breed in the early 20th century.

The preceding forebears of the foundation dogs likely had many sources but were primarily rural landrace herding collies of different types and/or regions. 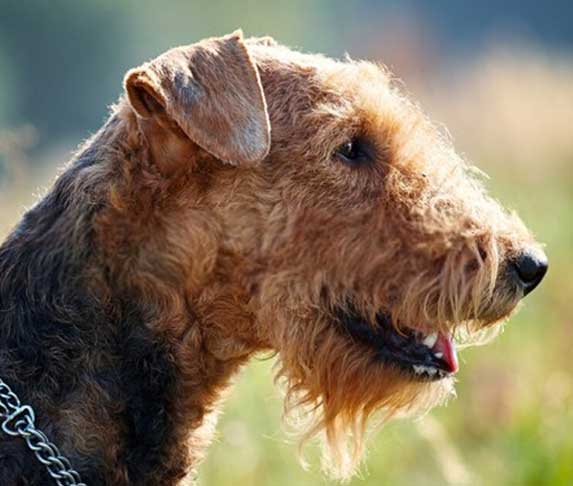 The Airedale breed has a medium-length black and tan coat with a slight harsh topcoat and a soft undercoat.

They are an active and energetic breed, “not aggressive but fearless.”

It has been said that the larger “Oorang” type Airedales are eager than the smaller, breed standard Airedales, but this is not necessarily so.

The big type has been used for huge game hunting and as family pets, guardians, or pets.

Like many terriers, the airedale breed has a ‘broken’ coat, which is tough and wiry.

It is meant to be left not so long as to appear ragged, and lies close and straight, covering body and legs.

The outer coat is difficult, wiry, and quite stiff, the undercoat softer.

The hardest coats are so crinkly or just waved.