The Weimaraner is a large dog that was originally bred for hunting in Weimar, Germany.

With their beautiful mousy gray or charcoal blue or gray-blue or even silver grey color and light blue or amber eyes, these doggies have a regal look about them that makes it very easy to fall in love with them.

And although all dogs are special and unique in their way, certain dog breeds bear a certain kind of resemblance to the Weimaraner.

In this article, we’re going to dish out a list of 8 dogs that are similar to Weimaraner and how and why they are similar.

So without further ado, let’s get started: 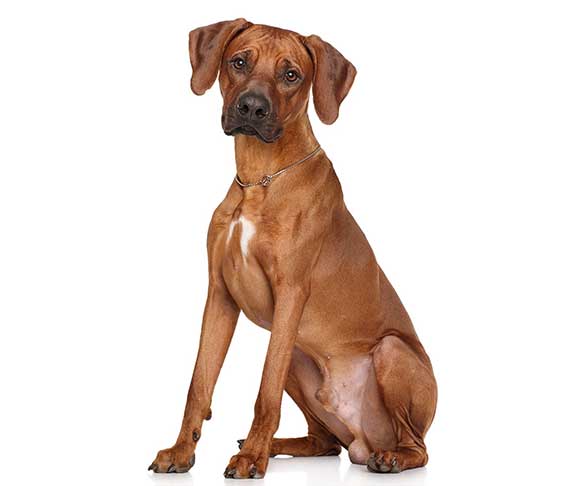 This stunning long-legged dog breed is quite similar to the Weimaraner in terms of size (weight and height).

Originally from South Africa, they got their interesting name because of the ridge on their back where hair growth direction is opposite to the rest of the body.

Their fur is short, shiny, and dense.

Their coat requires little grooming, just the occasional brushing and bathes enough to keep the coat looking healthy and well-groomed.

They can be either light brown or a dark wheat-like color. Their muzzle, too, can either be dark or brown.

The Rhodesian Ridgeback is a very athletic dog and needs enough exercise. 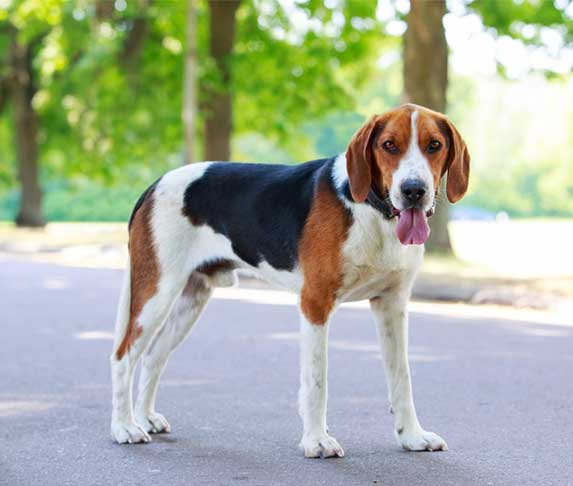 The foxhound has some resemblance to the beagle but doesn’t be deceived by their appearance as they’re only just a few pounds smaller than the Weimaraner.

This foxhound has an American and English counterpart.

As it’s common with other dog breeds with an American and English variant, the American breed is slightly larger than the English breed.

Because they were bred for hunting, the foxhound is a very smart and energetic dog and requires a lot of physical and mental exercise to keep it entertained and stimulated to discourage bad behavior.

Their coat is short and hard to protect them during hunting, and it doesn’t need plenty of maintenance or grooming.

Just brushing would be enough to keep it looking healthy. 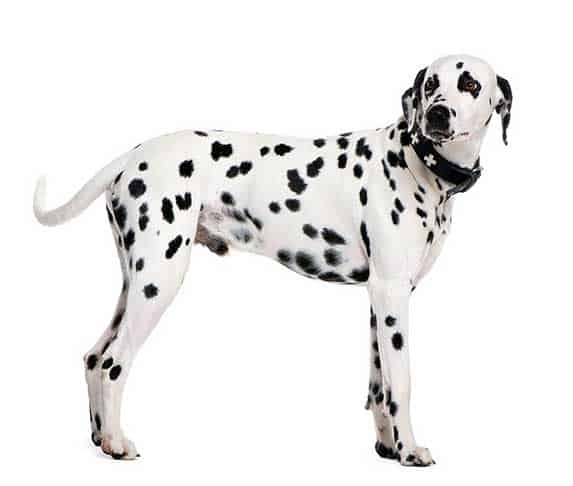 The Dalmatian is a dog breed that is about the same size and almost as energetic as the Weimaraner.

They are medium-sized puppies that are born white and later get spots on their coat as they age.

The color of their spots could range from either liver brown to black.

Unfortunately, this spot appearing trait is the reason they are predisposed to deafness in later years.

The Dalmatian needs regular exercise and social interaction to grow up and become a well-rounded and balanced pup. 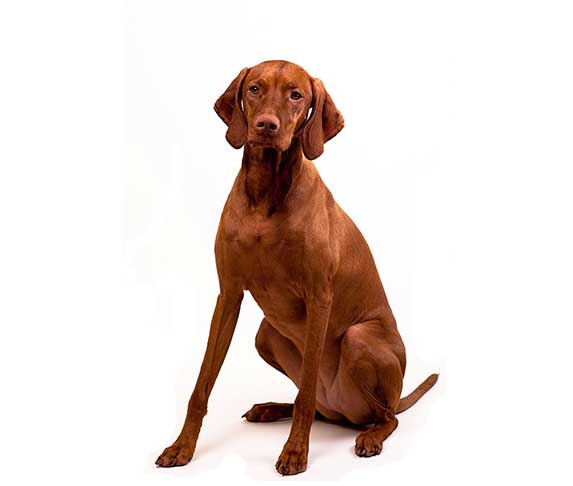 The reason for this is because of their similar appearance to that of the Weimaraner.

Compared to the Weimaraner, they are pretty low energy.

However, they still require a lot of exercise.

Their fur comes in certain variations; it comes in golden rust to red or sandy yellow, and they may or may not have white markings on their coat.

How to Make Your Dog Gain Weight After Giving Birth? (9 Actionable Steps) 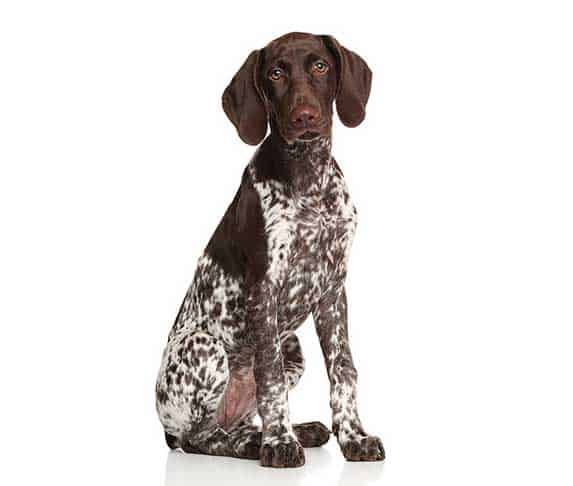 Floppy ears and an interesting coat pattern, the German shorthaired pointer is a dog that bears quite a bit of resemblance to the Weimaraner.

The German shorthaired pointer’s coat is one of its most distinguishing features, with so many beautiful patterns, it’s quite difficult for them not to catch your attention.

Their coat pattern can vary from solid, patched, ticked, and roan.

However, their color stays pretty much the same, which is either milk to dark chocolate brown.

These dogs are just as energetic as the Weimaraner and require just as much exercise at least two hours daily. 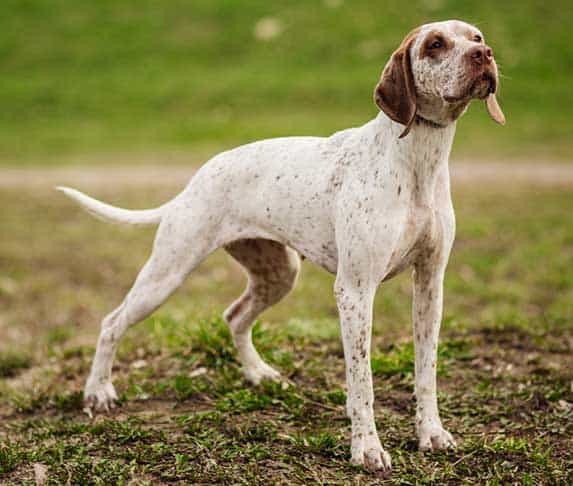 The Braque du Bourbonnais belong to the pointer dog group similar to the Weimaraner.

It has a ticked pattern, i.e., dark spots on a white surface/ background.

Their colors could either be chestnut or fawn.

They are very intelligent and high energy.

This makes them easy to train, and they require plenty of exercise at least two hours a day. 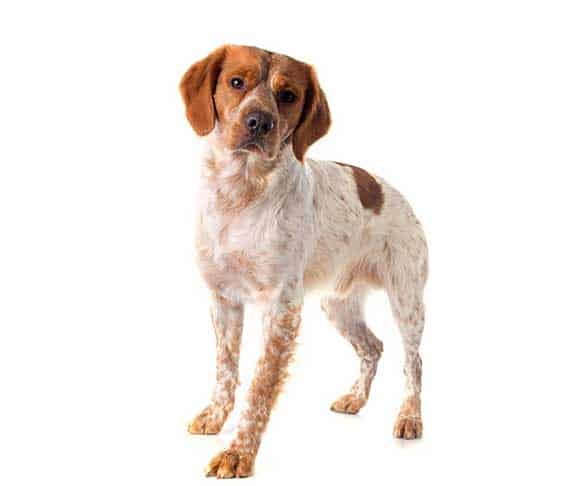 The Brittany is a very affectionate sporting dog that makes for a great addition to the family.

Their colors range from orange, white, liver, and sometimes even black with white roan.

Their coat is very short and requires enough grooming to prevent them from shedding everywhere.

Smart, friendly, loving, and very agile, they are great at training and require at least an hour a day’s worth of exercise to keep them stimulated. 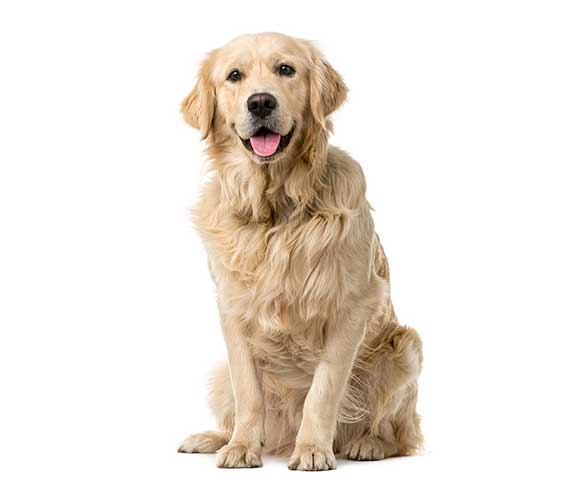 Ranking in at number three of the American Kennel club favorite dog breeds, the happy-go-lucky and extremely eager to please golden retriever is a ball of energy similar to the Weimaraner.

The golden retriever is double-coated, which means just the occasional brushing won’t cut it in coat grooming.

They need regular brushing and baths to keep their coat looking healthy and beautiful.

Their coat colors range from light to dark golden color.

Training them is quite easy, and they need regular exercise to keep them active and happy.

As you probably noticed from the list, the Weimaraner and other dogs that made this list have one thing in common all through, and that is their high energy levels.

So a couch potato just won’t be able to keep up with the demands of these dog breeds.

However, they still make for a great pet and will definitely be worth owning.