Dogs are the most loyal and adorable pets. They are considered man’s best friend.

People have different types of dogs depending on their choices and preferences.

All these dogs have a reputation to be friendly and loyal to their owners but not all of them are trained as k9s or police dogs. In this article, we’ll discuss if all dogs are considered K9.

What does the term K9 mean?

K9 is short for K-9, which is short for “canine.” You might use this term to describe a dog that is trained to assist police officers.

In the past, K9 dogs were used as tracking dogs or guard dogs.

Nowadays, they’re often trained to sniff out drugs and bombs at airports or other high-security areas where there may be risks of terrorism or criminal activity.

If you’ve ever seen a movie that had a scene involving the police force, then you might have seen some K9s on screen!

Are All Dogs Considered as K9s? 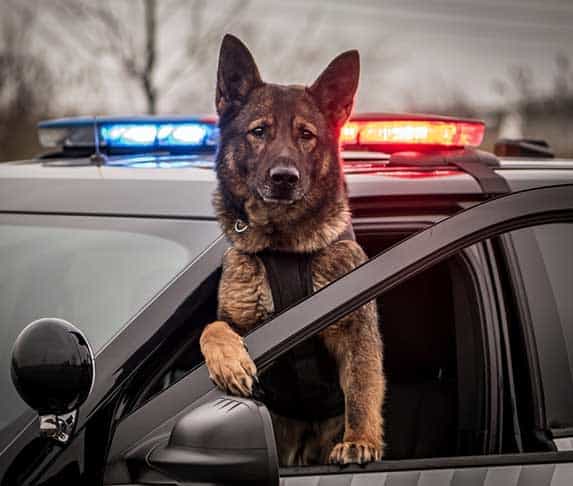 K9 is a term that’s thrown around a lot, but not everyone knows what it means.

K9 stands for “canine” and refers to dogs trained to perform specific tasks.

There are many types of K9s, including:

What are some of the common types of K9 dogs?

Police Dogs also known as K9s are trained to detect illegal substances and explosives in a variety of situations depending on the type of deployment required.

These strong canines are trained to detect the scent of drugs or bombs when entering buildings or vehicles by their handler.

They may also be used for crowd control at sporting events or protests where violence is feared.

It’s important to understand that all dogs are not considered to be K9, though they may be called by many different names.

Many service dogs are trained specifically for their jobs and therefore do not fall under this category.

There are also some breeds of dogs that have been bred specifically to perform certain tasks like hunting and guarding livestock or property, while others have been bred as pets only.