However, this is not always the case.

Some fares may be safe for our consumption but may be fatal when ingested by our furry friends.

So, what about aquafaba? Is it safe for dogs? The answer is it depends. Generally, Aquafaba is safe for dogs. However, this would depend on its source. Today, you will learn some things that you need to know about aquafaba and its effects on your dog. 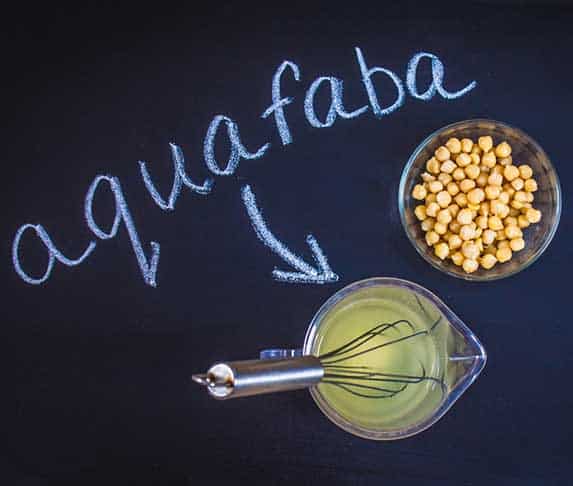 Aquafaba is a type of liquid that typically comes from chickpeas.

But it could also come from other types of legume seeds like lentils, soybeans, and even black beans.

Of course, the composition of these beans is different, resulting in a different aquafaba compared to those you can get from chickpeas.

Many people use aquafaba in their cooking. It is mostly used in cooking vegan dishes as an egg white substitute.

For example, to make vegan-friendly whipped cream, they can use aquafaba instead of the typical dairy products.

Aquafaba is tasteless and works well with most foods. However, is it safe to give it to your furry friend?

Why Do Some People Give Aquafaba to Dogs?

There can be various reasons why owners may give their dogs aquafaba.

One reason is that many dogs have allergic reactions to certain kinds of food, which can include eggs.

The safest route for this is to give them generic dog food made with safe ingredients for dogs.

Some of them create foods with aquafaba as a substitute for egg whites.

For example, those who want to make their dogs cakes can use aquafaba as a main ingredient in the icing.

Another reason is that vegan dog owners also convert their dogs’ diets – they give their dogs a vegan diet just like they do on their eating habits.

Some experts claim that it is okay to turn your dog into a vegan if their diet meets all the required nutrients and minerals for your dog’s body.

Dogs are natural carnivores, so protein is such an essential nutrient that they must have every day.

Aquafaba has little nutritional value and has roughly 1 gram of protein for every five tablespoons of it.

It is good to note that there are other non-animal food sources where dogs can get protein.

Still, this could be tough for both you and your dog, and it is of vital importance that you seek help from a veterinary nutritionist if you decide on changing your dog’s diet.

Can Dogs Eat Hot Cheetos? + What To Do If Your Dog Ate One

Is Aquafaba Safe for Dogs?

Now, for the big question — Is aquafaba safe for dogs? The answer is it depends on the source of the aquafaba.

You can get aquafaba in two ways – premade from a can of commercial chickpeas or you can do it yourself.

Aquafaba from a can of chickpeas could be filled with a lot of preservatives that can be harmful to your dog’s health.

These may also include a lot of sodium and sugar, which may cause internal failure when ingested by your dog too often.

Giving too much of these to your dog may cause some health problems in the long run.

If you decide to opt for homemade aquafaba, you can be sure that it is purely from soaked chickpeas without the added preservatives.

How to Make Aquafaba? 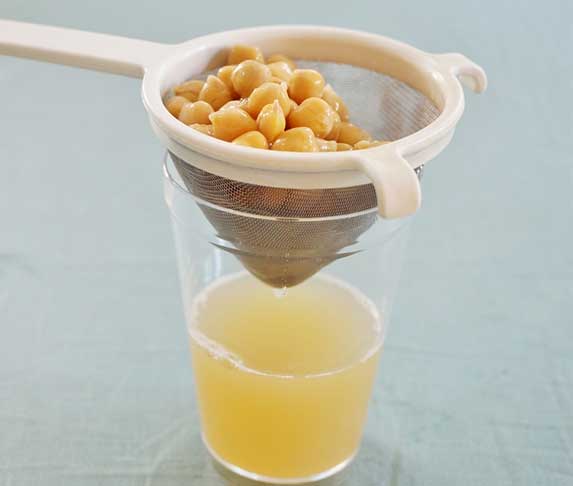 All you need to make aquafaba is dry chickpeas and some water.

You would need two portions of water — one for soaking and another for boiling.

For boiling, you need 3 cups of water for every 1 cup of dried chickpeas.

Here are the steps:

Once you have made your homemade aquafaba, please do not throw away the chickpeas you used for it.

You can use this for cooking and homemade dog food as well.

You can add other dog-friendly vegetables such as carrots and lightly add seasonings.

It is an excellent source of fiber and protein for your dogs, so do not throw them out.

For aquafaba, you can use it to create baked dog treats. Instead of egg whites, you can use the aquafaba as a substitute.

Use this quick guide to know how much aquafaba you will need to substitute eggs for a recipe:

It is just a rough estimate, so you may need to do some trial and error until you get the perfect ratio.

Generally, aquafaba is safe for dogs because chickpeas are considered safe and nutritious for your furry friend.

However, you must check its source.

As much as possible, avoid buying preserved chickpeas because this may cause more harm to your dog than it may do any good.

Of course, nothing beats the traditional eggs and other protein sources for dogs.

Remember: before changing your dog’s diet or incorporating a new kind of food in their meals, it is essential that you always ask your vet first.