Dogs are just great. Like humans, dogs’ temperaments, attitudes, and preferences also vary from one breed to another.

Australian Shepherds are one of those great breeds.

However, Aussies can be a handful, especially when they are idle and are left with nothing to do.

Pet owners might have a difficult time handling a ball of energy such as these.

This article will give light on how to deal with out-of-control Australian Shepherds.

As mentioned above, dogs have their respective personalities as influenced by breed and upbringing.

Unruly behavior is an everyday ordeal among some species, and Australian Shepherds have that tendency.

Before going over the tips on dealing with uncontrollable Aussies, it would be fitting to understand their general overview first.

It will illuminate the subsequent discussions on how to deal with them.

How To Cook Liver For Dogs? (For Dog Treats & Dog Baits)

Australian Shepherds or more commonly referred to as Aussies, are not originating from Australia.

They were bred in the US around 180 years ago.

They are classified as working dogs, so you know that they were initially bred to have that pent-up energy expended for a purpose.

In stature, they are medium-sized dogs ranging from 18-23 inches in height and weighing around 40-60 pounds.

They are intelligent and beautiful. Their body fur is often a unique combination of white, brown, gray, and black.

Working type dogs have a vast amount of energy reserves meant to be used for working or playing.

The apartment-style of living does not suit them well.

Eventually, they will get bored and begin trashing the place.

They are pretty much a handful for sedentary owners.

How to Deal with Out-Of-Control Aussies? 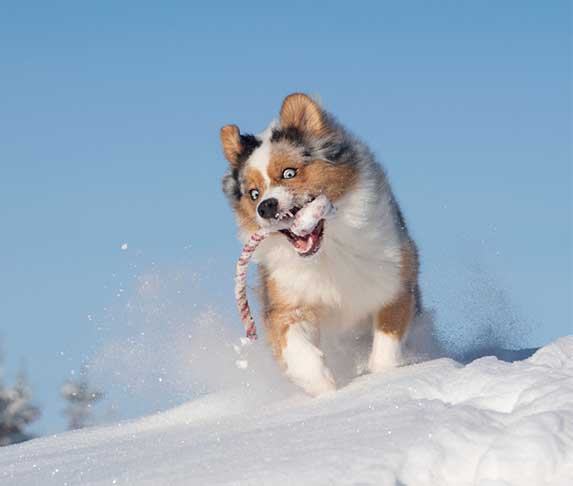 Despite their aesthetics and lively personalities, Aussies are not the easiest breed to deal with.

As mentioned above, they are filled with energy that they channel to an activity or sport.

They are the best at behaving every time they have something they can work on.

Not everyone has the time in the world to be active with their dogs.

It causes Aussies to act out.

Bored and neglected Aussies tend to enter their world of fun, but this may result in anti-social behaviors, which is not safe for yourself or your family.

Here are some tips in handling an Aussie being out of control:

1. Go out with them and let them play

These breeds are meant to use their energy supply, not sit around, and do nothing.

As an owner, you must know what you are entering, and that involves the life under your care.

Aussies are meant to play and jump around and be free so let them do them by bringing them to the park.

It might be vexing, especially if you are working and your lifestyle is sedentary.

But then again, you took that pet in, so the good and the bad go along with it.

Of course, taking them out to play is not always ideal, especially if you have important matters to attend to.

So, investing in some toys can be an excellent buffer for playing outside.

Your dog will have a toy to focus on indoors when you cannot take them out.

Without buffers such as toys, then expect them to look for ways to have fun on their own.

The only problem is you will most probably not like what they come up with.

Okay, we understood that going out would not be ideal for you but do not neglect their need to use their vast energy reserves.

Play with them for a while or from time to time, albeit indoors.

Most of the time, the only moments they act out and go out of control are being too bored and longing for some activity.

You should know that, as a pet owner, and take the mantle of their playmate.

When they act out, they are likely in need of their master’s attention.

And although it is your responsibility to give that to them and assuming that you do, they still find a way to act out and give them the silent treatment.

When they want attention, regardless of negative or positive attention, they will enjoy having your company.

A true embodiment of the saying “bad publicity is still publicity.” Please do not give that to them.

It will only encourage the acting out behavior. Giving your dog the silent treatment and a time-out negatively reinforce your dog’s behavior.

After which, when they have calmed down, please give them a treat or a reward. And bond with them.

Like kids, dogs can throw tantrums every time they feel sleepy or overly exhausted, resulting in a grumpy, testy, and emotional display of action.

Sometimes they need the excellent old/fiesta, as the Spanish say.

Be with them and try to calm them down until they finally get the urge to take a nap.

The moment your dog wakes up, it will have a better disposition.

Who Are the Best People to Own Aussies? 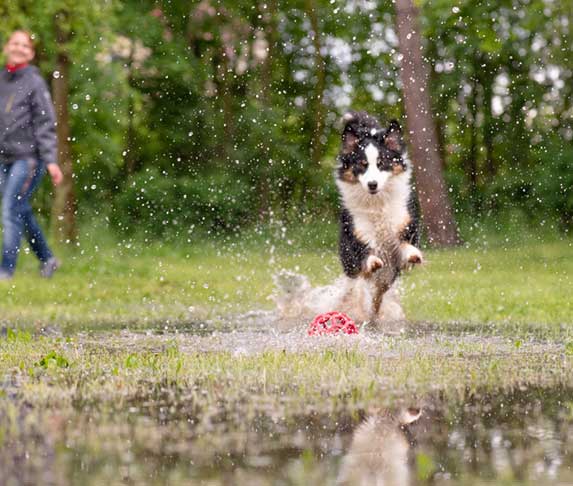 Aussies are not for everyone.

There is a particular class of people who are best fitted to own Australian Shepherds.

If you have a relatively sedentary, office-like kind of job that does not give much liberty, then, unfortunately, Aussies might not be for you.

Australian Shepherds are made for those who have an active lifestyle and love to run or walk outdoors and visit parks to relax and chill.

It becomes an avenue for Aussies to come along and have fun themselves.

Moreover, people who have many available free times at home are fit to own Aussies.

This way, you can spend time with them for as long as you like.

They are a bolt of energy that behaves well if they get to have fun, play, and spend time with their family.

Also, They can be the most loving and caring animals to have.

So if you own one, take good care of Fido!