Any dog owner whose seen the movie Cujo has probably had one or two nightmares about their beloved pet getting rabies.

For good reason, rabies is a harmful disease and shouldn’t be taken lightly.

Say that you’ve seen rodents in your backyard.

Or you’ve ever seen your dog have one in its mouth or get nipped by one, should you be scared?

You’re probably wondering if the worst has happened and your dog has gotten rabies.

If your dog has had contact with any sort of wild rodent, rest assured, they have not received any sort of rabies.

Although, taking the time to understand why, and what animals could still be a threat to your dog, can prepare you for taking better care of your dog, should the worst happen.

Rabies is a disease that is most often spread through the bite of an animal that is already infected and has the potential to infect almost any mammal.

Once infected, the virus will attack the nervous system, eventually making its way to the brain, where it will then ultimately kill the carrier.

Potential symptoms of the virus can include:

If under the suspicion that a pet (or even yourself) has rabies, it’s best to seek medical care as soon as possible.

For around two to ten days, the virus can still be treated and potentially even cured.

But as time progresses, the virus will eventually become clinical.

If left untreated, clinical rabies is almost sure to be deadly.

While the early symptoms of the disease can be difficult to spot, as they are typically common among other diseases, a pet owner is always able to check their dog for bite marks if they appear to be in pain.

While your dog’s encounter with a wild animal doesn’t warrant a trip to the vet every single time.

Knowing the facts and using your best judgement can help stop anything before it becomes too serious.

What About Rats And Other Rodents? 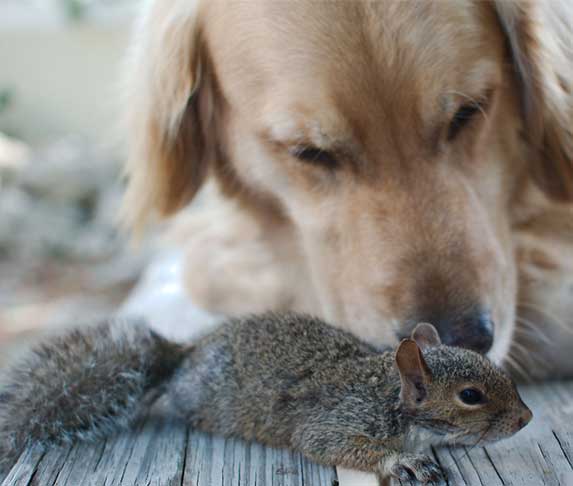 Now, say you witnessed your dog get nipped by a mouse or some other rodent, or potentially even caught them eating one, should you be worried?

Rest assured, rabies shouldn’t be a concern of yours.

This is due to the fact that it is almost completely unheard of for rats or mice to carry the disease, let alone for them to spread it to other animals.

Now, rats get a bad rap for being disease-ridden animals, but again, they’ve never been known to carry the disease and scientists aren’t exactly sure why.

One theory states that their inability to carry rabies is due to their size, which extends to all small mammals.

This virus has the potential to kill full-grown humans in a matter of days when inside a much smaller animal, it’s not even known how fast it can potentially kill a rat or mouse.

Rabies can only be transmitted through saliva, so even if your dog were to eat the corpse of a rabies-infected mouse, it would most likely be dried up by then.

The chances of your dog coming across a still-living rat with rabies are extremely unlikely since it would probably already be dead and thus rendered harmless.

Why Do Dogs Like Ashes? – Does It Make Them Sick?

What Should You Still be Worried About?

While you can rest easy knowing your dogs are safe from catching rabies from any rodent or small animal, it’s still helpful to know what still poses a threat to your pets.

In terms of what animals can carry the virus, it’s most often found in mammals that are closer to a dog’s size.

All of which are territorial animals that are prone to attacking other animals if it means defending their home.

If your dog were to be bitten by any of these animals, it’s always better to be safe than sorry, and a trip to the vet might be warranted.

Even though rats won’t infect your dog with rabies, there are still plenty of diseases or illnesses that your dog can contract from contact with a rodent.

Some of these potential diseases can include fleas, monkeypox, salmonella, and much more.

While rabies cannot, these diseases can be contracted through a dog licking or eating a dead rat.

So it’s best to use caution whenever you find a dead rodent in your area.

This is especially the case if your dog’s breed happens to be one that is known to hunt and eat smaller animals.

What if I Believe my Dog Has Rabies? 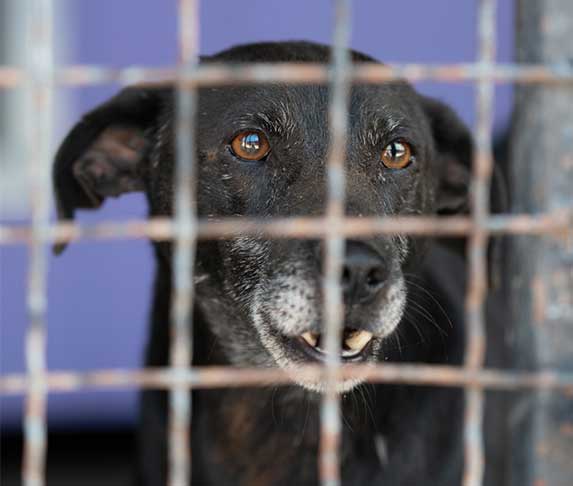 If your dog has been bitten by any sort of wild animal, then it is best to take them to the vet as soon as possible.

As even if it hasn’t contracted rabies, it might have contracted something else.

As stated before, if you haven’t noticed a bite on your dog, then you can tell if it might have contracted rabies.

If it has any sudden shift in behavior or fever-like symptoms out of nowhere or becomes overly sluggish.

Any of these signs could possibly be because of a rabies infection.

And the sooner it can be treated, the better the chances of a healthy outcome.

While there is no treatment or cure for rabies, a dog might shed the virus through its saliva during a ten-day-long quarantine and may come out completely healthy.

However, the best way to prevent any of this is to seek out a rabies vaccine for your dog.

There are plenty of variants to choose from and the best way to find out if your dog is old enough for one is to speak to your vet.

The thought of your beloved dog catching rabies is no doubt terrifying.

But doing the research and understand what is and isn’t a threat, what to do in the worst-case scenario, and how to best prevent any of us.

Equips you with the tools to take better care of your pet and help to stop the transmission of rabies.