This theory has always passed around that dogs (or most animals in general) can perceive the dead either by sixth sense or by sight.

And it’s safe to wonder if that perception of theirs is limited to only those two senses or there’s more.

Dogs especially have some of the most acute senses of smell, so people question whether they can smell the dead or at least smell the remains of the dead.

This article discusses whether or not your dog can smell the ashes or remains of another dog.

How sensitive is a dog’s nose? 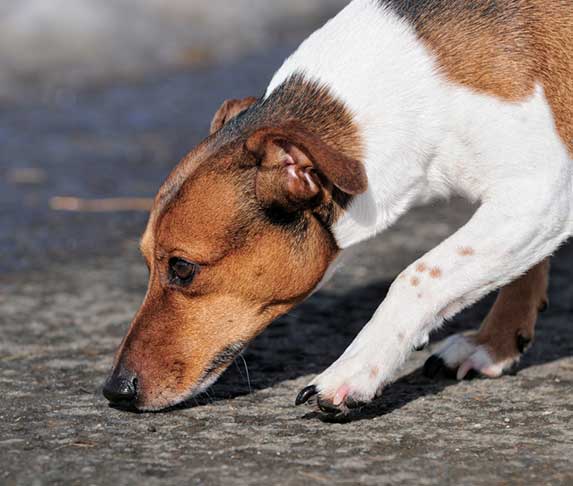 The sense of smell of an average human being is sensitive.

Dogs having about five million olfactory receptors in the nose; it’s quite clear to see why.

However, dogs have been discovered to have up to 300 million receptors in their noses.

As if that’s not enough, they also have what is known as the second nose, the veromonasal organ or Jacobson organ located in the nasal cavity close to the roof of the mouth.

This organ makes the nose 1000 times more sensitive than a human’s.

And it’s with these noses that an adult male can detect the pheromones of a fertile female dog, and a pup can find their mother’s breast milk.

Humans for time’s past have utilized the sensitive nature of a dogs nose for several reasons:

With the dog’s insane ability to perceive odors, Humans have been able to train dogs that are being used in finding missing people and, in some cases, the cremated bodies of people during a fire.

These professionally trained dogs came to be especially useful during the wildfires that swept in California in 2018.

Most people had to grab the few essentials and leave behind deceased loved ones resting in their urns.

But fortunately, the dogs were able to save the day, and soon, the families were reunited.

Regarding how these dogs were able to sniff out the ashes of the deceased, it turns out that human cremains, while being odorless to humans, have a distinctive odor that trained dogs were able to identify when the search has begun.

That being said, while it is possible for a professionally trained dog to be able to smell the cremated ashes of another dog or a human, it’s highly unlikely that your pet dog will exhibit such skill, no matter how sensitive their noses are.

How do dogs react to the smell of the cremated remains of other dogs? 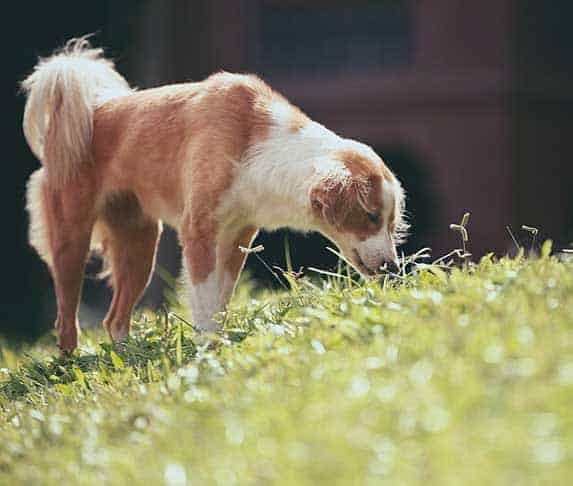 Many dog owners who have lost a pet and had it cremated have reported that their dogs tend to react strangely in the presence of the deceased dog’s ashes.

And it has made them wonder whether this was due to the fact that they were able to smell the remains of their deceased companion.

As we’ve already established, it’s highly unlikely that the average dog will be able to identify the cremated remains of the deceased yet alone be able to tell them apart.

Most likely, these strange behaviors reported are probably due to grieving as a result of losing their playmate and companion.

Much like humans, after the loss of a friend, some dogs can go into depression in response to no longer being able to play with their friends.

This behavior has nothing to do with seeing the cremated remains of another dog.

If you are a dog owner and you’re feeling uncertain about keeping Some of your deceased dogs cremated remains to avoid upsetting the other one, you can rest easy as this isn’t likely to happen.

Whether or not your dog can smell another dog’s ashes doesn’t matter.

What matters in a situation whereby you lost your dog is to find a way to comfort the other one during their time of grief.