Dogs have been known and featured in pop culture, such as cartoons, as animals with a higher sense of smell than the sense of sight.

Contrary to humans that struggle to get a sniff every single time winter comes along. But how strong is their sniffing prowess?

This article will be answering that question alongside much other relevant information on the matter.

Please stick around and let us find out the answer!

Before dwelling into the topic’s nitty-gritty, it is essential to understand dogs’ motivation as to why they love sniffing so much.

Is it simply a waste of time?

Keep reading to find out.

Why Do Dogs Love to Sniff So Much? 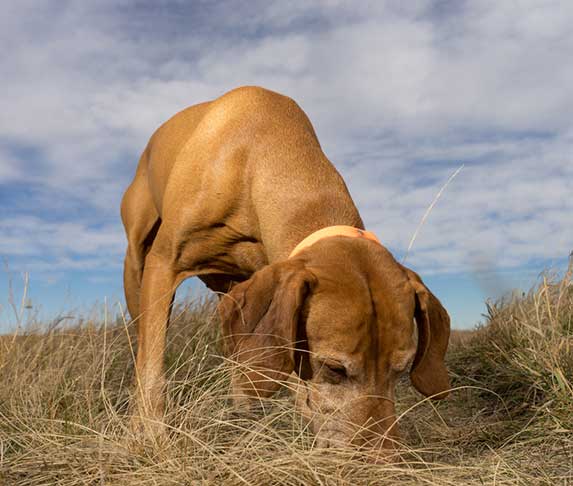 First of all, it would be impossible for us humans to fully understand their underlying motivations in terms of experience because the sense of smell of dogs overpowers ours.

That being said, we can only hope to experience the same ecstasy they do every time they get the chance to walk out of the house.

That being said, dogs spend so much time sniffing on anything they find attractive for several reasons. Here they are:

Like what was said earlier, dogs’ sense of smell is on a different level, and the fact that every canine does it means that it has something to do with their preferential states.

Humans use their eyes to see how beautiful the surrounding is. Dogs use their noses to sniff information.

By sniffing a particular area, dogs will know who or what is in that place and if other dogs inhabited the location previously.

Yes, dogs leave their wee mails on their territories, and by sniffing the place, they will know who runs the turf and what they should do while in the area.

3. It fulfills their sensory needs

Much like mental and physical exercises are essential for humans, so is this behavior for dogs.

It is embedded in their natures to act as such because they are free beings and exploratory.

Moreover, it can help them feel more relaxed if they are tense.

Being on the outside is not an easy thing, especially for dogs.

They have to look out for any traces of predators that can harm them or their humans.

That being said, they sniff to feel more secure, relax, and prepared.

What Makes Their Sense of Smelling Different from Humans?

One might say I am a more advanced and evolved breed in the animal kingdom.

Why are dogs better at smelling things? The answer is simply evolution and anatomy.

They are born and initially bred in the wild, where many predators lurk in dark corners.

Having an advanced sense of smell that can track from a distance helps them be secured and safe.

Moreover, it is highly efficient in hunting prey or tracking their puppies.

From an anatomical perspective, they have more olfactory receptors for smelling than us.

In numbers, they have 300 million while humans have 6 million.

The part of their brains that processes the information is way bigger than ours.

Can Dogs Smell Through Ziplock Bags? 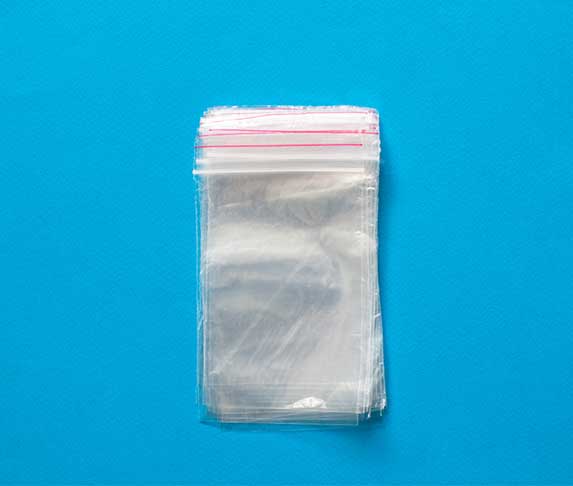 They can undoubtedly smell above, beneath, and around things, in fact, over a certain distance.

But smelling through things is very difficult, if not impossible.

Moreover, their sense of smell can be tampered with as they are easily distracted.

Put in some other scent like a distracting smell or food that elicits distracting delicious smells, then untrained dogs would not bat an eye sniffing through Ziplock bags.

But to answer the question, dogs can smell through Ziplock bags.

And there two main factors that cause that.

Ziplock is made from polyethylene-low density plastic.

And like any other plastic materials, they have microscopic holes which may allow scents from within to seep out of but not their contents with more significant molecular sizes.

It is one reason dogs can smell through Ziplock bags, and contents inside Ziplock bags do not spill despite their microscopic holes.

However, given the nature of the holes being very minute, it would take a certain level of focus for dogs to detect the scent and be curious enough to check it out.

Traces of the contents can be found around the Ziplock bag

Indeed, there are no perfect people who do things in 100% errorless environments.

If you put food inside Ziplock bags, perhaps some of the crumbs or the sauce gets spilled over the plastic or towards the press seals.

Even if you wipe this off, the scent will be present outside of the Ziplock bags.

These trace scents are likely to adhere to the bag’s exterior, making them detectable to dogs’ noses.

It is the same reason why police dogs can detect narcotics.

When drug personalities vacuum seal plastics containing the drugs, the air molecules inside will have to evaporate out of the bag and latch themselves on the packaging, which dogs then pick up.

These are the two principal reasons which make Ziplock bags detectable to dogs.

However, it must be noted that this might not work 100% of the time since many factors surround the dogs, which may distract them from even checking the contents of the Ziplock.

Simple foreign odors from things like food can toss them off from the even slight scent elicited by the contents inside the Ziplock bags.

Nevertheless, this does not tarnish the excellent and bionic sense of smell dogs have.

Neither does it spoil their amazingness as police companions in fighting crime.