It has been centuries since they were first domesticated, and now, it’s difficult to picture a world without our furry friends living in it.

There’s no doubt that although dogs have been deeply integrated into the trappings of modern life and comfort, they are still very much resourceful creatures.

However, how far does their resourcefulness carry?

Can modern dogs survive in the wild without Humans?

When And How Were Dogs Domesticated? 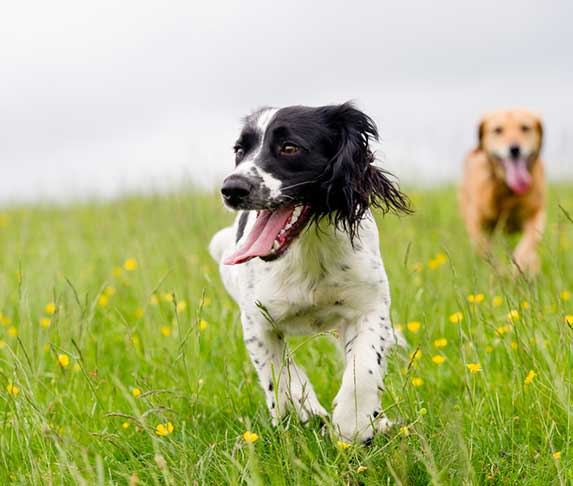 No one can pinpoint an exact date in history that dogs were first domesticated.

Needless to say that dogs getting domesticated were a major turning point in human history.

There have been multiple theories proposed about how the dogs as we know them now have come to be man’s best friend.

This probably happened by eating scraps of carcasses left off by hunters.

Thus getting tamer and tamer through generations.

The history of dog domestication is so indefinite that there has been some speculation that dogs were domesticated twice; on the Asian continent and the European continent.

Regardless of how and when dogs came to be household pets, what’s clear is that dogs have been here for a really long time, and they’re probably not going anywhere anytime soon.

They have been coexisting with humans for such a long Time that researchers have found out they can read and interpret human emotions.

That means that your dog can tell when you’re sad or happy, and they respond accordingly to our emotions.

Do Dogs Feel Guilt After Biting Its Owner? (Do They Feel Bad)

Can Dogs Survive In The Wild Without Humans?

Centuries worth of domestication has caused dogs to be highly dependent on humans.

It will probably be difficult to wrap your head around the possibility of dogs being able to live alone without us.

Even more so for domestic dogs that are used to the comfort of a human household. It will definitely be bewildering and difficult for a dog to live in a world without Humans, especially in the wild with Much larger predators.

But the question is, is it possible?

The honest truth is that although it will definitely be difficult at the beginning, it’s still very much possible for dogs to learn how to adapt to the wild.

Dogs might be your cute and furry friends, but their closest living relatives in the animal kingdom are; the foxes, wolves, jackals, etc., and these are all feral undomesticated canines.

In fact, there are some dogs Living in the world today that are not domesticated.

Domesticated or not, you’re dog is very much capable of surviving in the wild without humans.

How Can Dogs Survive In The Wild Without Humans? 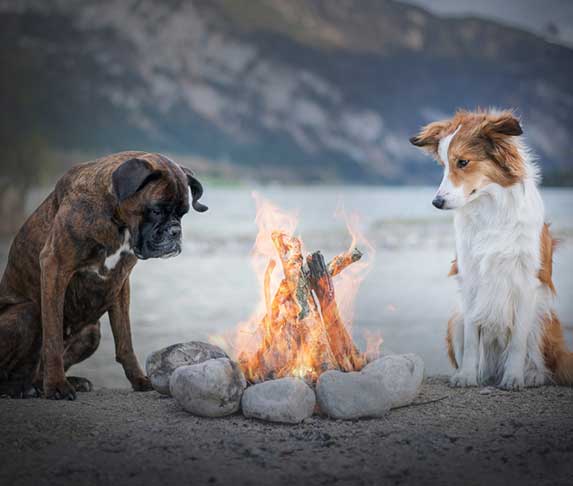 In order for dogs to be able to get by Living in the wild without a human, they’ll have to learn basic survival skills and adapt to their surroundings.

And if you were ever to teach your dog about surviving in the world, it wouldn’t be so hard as most dogs still have traces of their animal instincts within them.

However, Animal instinct or not, your dog will still need to learn basic survival skills:

1. Forming interpersonal relationships with other animals

Dogs will have to learn how to form relationships with animals outside of their species. This is essential for survival.

By forming these alliances, procuring food or game, or water might be easier.

Interbreeding will most likely occur between dogs and other animals within their species Living in the wild such as wolves.

Their offspring will then receive better survival instincts, thus making them more sufficient at surviving in the wild without humans.

3. They’ll have to learn how to hunt and scavenge for food

Probably the most important part of living in the wild is finding sustenance.

Dogs trying to survive will have to learn how to hunt for prey and find roots or other edible items to sustain themselves.

Getting food will most likely be trial by error, but eventually, they’ll be able to adapt.

4. Finding shelter will be very difficult

Finding shelter in the wild might be very difficult for dogs.

If they do manage to find a place to live, they might get chased away by a larger predator.

Admittedly all domesticated dogs share the same ancestor meaning they have a similar sense of survival and animal instincts.

However, larger dogs will just be better suited to living in the wild than smaller dogs.

Plus, there’s also the issue of how uneasy it will be for a dog which is a social creature, to survive on its own.

Most likely, they’ll become members of a pack as failure to do so might lead to their eventual death.

Nevertheless, probably with some training, your dog might be able to learn how to fend for themselves.

Hopefully, a situation where this happens will never occur.