No matter how much pets can make your life better, every pet parent knows that getting another pet also comes with a lot of responsibility.

One of the biggest questions most pet parents have is if male dogs can get along in the same household.

In this article, we’ll get to know if two male dogs can get along and how to do it.

Can two male dogs get along in the same house?

It depends on how the dogs are raised and introduced to each other. If they were raised together and have been living together their whole lives, then yes.

They can get along just fine. Whether they’re two males or two females is irrelevant because they will have no problem with each other at all.

If you introduce them properly, it becomes much easier for them to be able to live together peacefully as well.

A good example of this would be introducing a puppy into another dog’s home where he has grown up in peace and harmony with your other dog already living there as well.

Why do dogs fight? 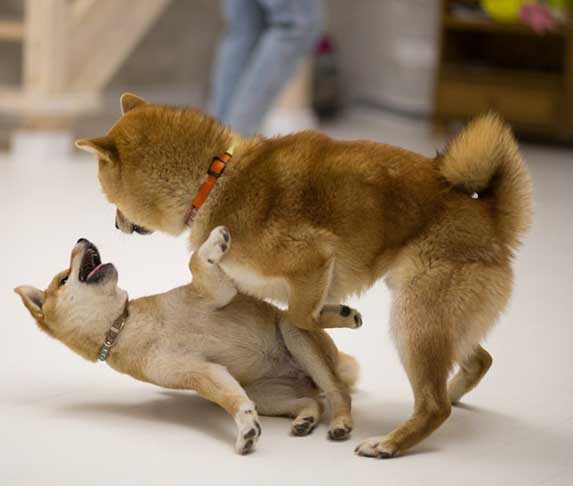 It’s a common misconception that fighting between dogs is simply a bad thing.

In fact, it can be a natural behavior for dogs to fight.

It’s important to remember that dogs are pack animals, and they use fights as a way of establishing dominance and territory.

This makes sense when you consider that these same instincts helped protect their ancestors from being eaten by predators in the wild.

In addition to establishing dominance and territory, aggression is often used as a way for a dog to show affection towards another animal—even if the recipient of said affection wants nothing more than to escape!

Can Dogs Take Trazodone and Benadryl Together?

What to do if your dogs decide to fight?

If your dogs have decided to fight, there are a few things you can do.

The first is to separate them. This can be tricky and dangerous if both dogs are large or especially strong.

If you try to separate them and one gets loose, he could go after another dog in the house that wasn’t involved in the fight.

If your dog has decided to fight with another dog, then it’s best to get him focused on something else as soon as possible.

You can encourage this by rewarding him every time he looks away from his opponent with food treats or praise.

If necessary, use an object such as a ball until they’re both focused on that instead of each other.

Start by helping one associate positive feelings with the sight or sound of their opponent: throw their favorite toy near where the two were fighting and encourage him/her toward it when he/she picks up on it being there.

This will build trust between both animals before introducing them again later on down the line once trust levels have been built up sufficiently enough beyond just being able to tolerate each other’s presence for short periods at first then gradually increasing length over time until finally reaching full integration into shared living space.

There are many factors that go into determining whether or not two dogs can get along.

The age of the dog, their sex, and the size of their cage all have to be taken into consideration.

However, with proper training and lots of patience, any dog can learn to live harmoniously with another canine.