Ever wondered if dogs keep rodents away?

Rodents are not only pesky but can carry diseases and damage crops and stored food.

This blog post will discuss the answers found by a team of researchers from the University of Florida studying the effects of dogs and rodent control.

We can agree that a dog is more vicious than a cat and would ideally be able to kill rats and scare them from home or granary. However, scientific studies show that dogs alone cannot keep rodents away. It takes the combined power of cats and dogs to scare away rats and reduce food damage and potential for disease transmission.

What Scientific Research Discovered about Rodents and Dogs? 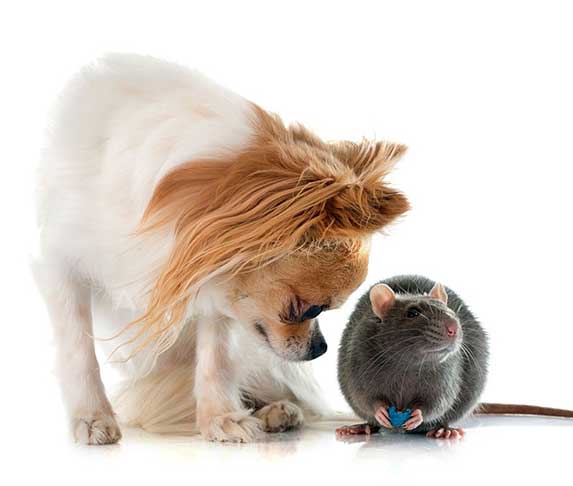 Science has studied the effects of dogs on keeping rodents away.

A research was conducted by Robert McCleery, a UF/IFAS associate professor of wildlife ecology and conservation at the University of Florida in the Institute of Food and Agricultural Sciences.

Along with an international team of researchers from the University of Swaziland, they conducted their experiment in four agricultural villages in Swaziland.

To test the effects of cats and dogs on rodent control, the researchers observed 40 homesteads.

These homesteads housed six to 10 people and in more than one building. The researchers divided the homesteads into 4 groups:

Researchers were also keen to know if the rats were afraid to forage when there were cats and dogs in a homestead.

Scientists found that the presence of rats reduced when there were any pets (cats or dogs).

There was a difference in mouse activity when only dogs were present- more mice returned after being around dogs than if they had been with cats or no animals at all.

The scientists concluded that while it appears as though both cat and dog interaction could be effective against rodents on their own, combining them seems to work better!

The Scientists explained this by saying that when multiple types of predators are nearby, they likely create a heightened sense of fear for rodents.

The result? A cleaner home for you and your family — thanks to our furry friends!

The truth is, there has been no research that proves this to be true or false, but it’s well known that dog food does have the potential of attracting rodents as a side effect.

For example, pet food may draw in unwanted visitors like cockroaches and even pests such as mice who are drawn to protein sources found on uneaten leftovers from your pet’s meals.

To avoid these invaders, feed your dog just enough portions of food to keep them full and to also avoid leftovers.

If there are leftovers, simply store them securely inside an airtight container where any other “unwanted” animals will not get into their food. 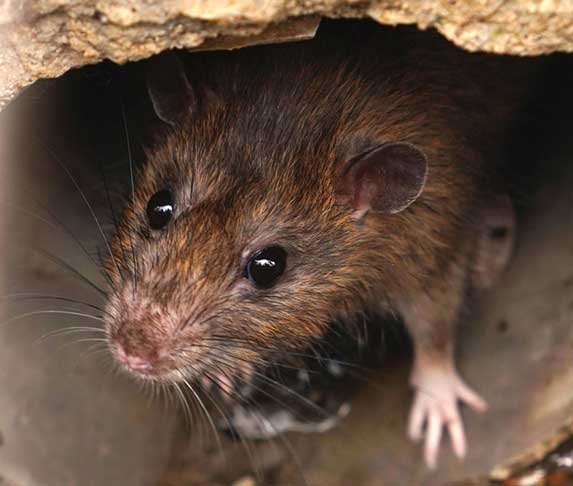 Fortunately, there are some breeds of dogs that have been bred specifically for rodent control!

These dogs will likely love nothing more than to chase rats all day long — making them a great breed if you’re looking for a pet that is good at getting rid of the rodents in your home.

The best breeds are:

What Diseases Do Rats Cause to Humans?

Rats do more than just make your home dirty. The bubonic plague caused by rats killed millions of Europeans during the Black Death in 1347 AD.

These black fleas were carried around on rat populations who ran rampant over Europe and Asia, spreading Yersinia pestis or “The Plague” diseases through contact with humans.

While the world has not seen anything as extreme as the “Black Death,” rats with the disease of Leptospira could cause liver or kidney failure if they come in contact with human beings.

Why Do Dogs Put Their Head Between Your Legs? + What Can You Do

There’re plenty of great methods for keeping rats away from your house and making sure they stay outside where they belong.

Start with preventing them from entering your home by sealing up cracks around doors, windows, pipes, and other potential entryways on the exterior walls.

You can use steel wool or silicone sealant or both.

Keeping your home clean by vacuuming and keeping food bags sealed will not attract rats.

If you find one inside your home, just find some traps at your local store or online to get rid of them.

One of the best ways that science has found for rat control is through rat birth control.

Scientists in the rodent control research community, including Byers and Corrigan, confirm this as a great long-term measure.

They are encouraging big cities like New York to put out contraception the same way they put out rat poison.

This will cause the males who ingest it to become infertile and females who take it to reach menopause quicker.

Shortly after, the female rat will die of natural causes before giving birth to any offspring.

Another way science is controlling rats in an area is with the power of smell.

Science shows that rats hate a lot of smells, but some are worse than others.

Chemical odors like the smell of naphthalene, stench from rat predators like cats, raccoons, and ferrets are something they want to stay away from.

Natural scents, including citronella oil that has been used for generations in mosquito repellent products or eucalyptus oils, also keep them at bay if they get too close.

Dogs are natural rodent predators, and many homeowners choose to keep a dog for this reason.

However, scientific evidence shows that rats are not scared away by the presence of dogs alone.

When it comes time to reduce the numbers again, cats and dogs together do a better job.