Imagine this: you’re driving back home from the dog park and you feel like treating yourself so you stop at a Taco Bell and pick up a couple of beef tacos for yourself.

You’re delighting yourself with the treat but the whole time you can feel your dog giving you its best puppy eyes and asking nicely for a bite.

The question is, is it safe for a dog to eat one of your tacos?

The short answer is: yes, there shouldn’t be any harm in letting your dog chow down on some Taco Bell. However, there is a lot that goes into what can and can’t be on that taco, how much of it the dog can eat, and what other menu options might be healthier for your pet to eat.

A Difference in Stomachs

We all know you should never feed a dog chocolate, but there’s a general confusion around what other foods people delight in and which may not be safe for pets.

Other confusion surrounds the reason why it may not be so healthy as well, besides a basic understanding that they’re two different species.

But what makes chocolate and other food so harmful?

Sometimes, you have to look beyond the food as a whole and what goes into it.

The major culprit is the digestive system.

Typically, food that we normally consume is too fatty for a dog to be able to fully digest, leading to stomach aches, diarrhea, and can potentially lead to severe diseases.

Also, much like how some animals are immune to certain toxins or chemicals that humans aren’t, a lot of the chemicals (natural or otherwise) in our foods can be extremely dangerous to dogs.

Worse yet, this has the potential to form unhealthy habits in pets as well.

While a small bite of chocolate might not kill a dog or even make it all that sick, that might give that dog a taste for it and they’ll keep begging for more and more.

If an owner isn’t careful and doesn’t shut that off then, one or two more bites of it can be enough for all of those harmful chemicals to start actually doing some damage.

So What About Taco Bell? 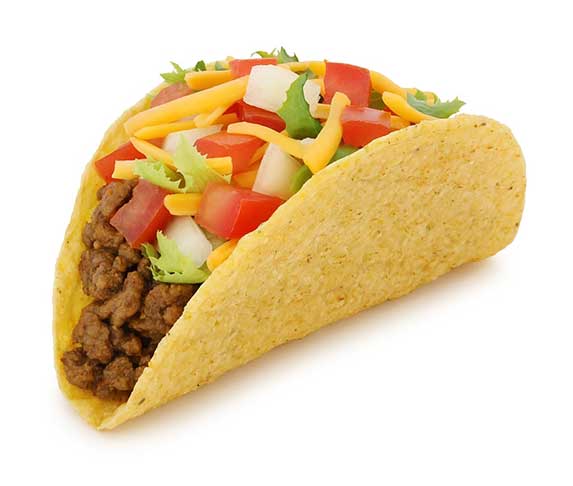 As stated before, one taco isn’t probably going to kill your dog and it may not even make it sick, but this isn’t exactly a meal they should be consistently eating.

Fast food in particular isn’t the healthiest for dogs, especially due to how fatty they can be and a dog’s stomach won’t be able to digest all of the additives in it.

Taco Bell, in particular, has an additional problem that makes it not so suitable for pets.

Tacos have a lot of food on them and not all of that food is safe for dogs to eat, and some of it is even deadly if consumed by them.

These are some of the major dangers found in tacos:

Almost every part of this fruit contains a chemical called persin that if ingested by a dog, can induce vomiting and diarrhea

Taco Bell covers most of its foods in an onion powder and the vegetable as a whole can be extremely deadly to dogs.

They even have the ability to kill red blood cells

Fast food restaurants, in general, can be known to have a large amount of salt on their products and Taco Bell is no different.

Like humans, too much sugar can rot a dog’s teeth and can contribute to several weight-related issues

Most tomatoes are safe but if some aren’t ripe, they can contain the chemical Tomatime which can be harmful to dogs

Like jalapenos, this powder which can commonly be found on Taco Bell products can give dogs diarrhea or induce vomiting

This won’t affect all dogs, but those that are lactose intolerant would have server issues from ingesting this topping

What Else to Consider

Unfortunately, that long list isn’t the only thing that needs to be addressed when asking this question.

Another important factor is looking at calorie count and how much your dog is supposed to intake every day.

It’s recommended that most dogs eat 25 calories per pound a day.

Looking at the menu of Taco Bell, the average beef taco has 170 calories, a burrito has 350, and a quesadilla can have up to 520.

Overall, keeping calorie count in mind is extremely important when choosing what you might feed your dog.

So What Can My Dog Eat? 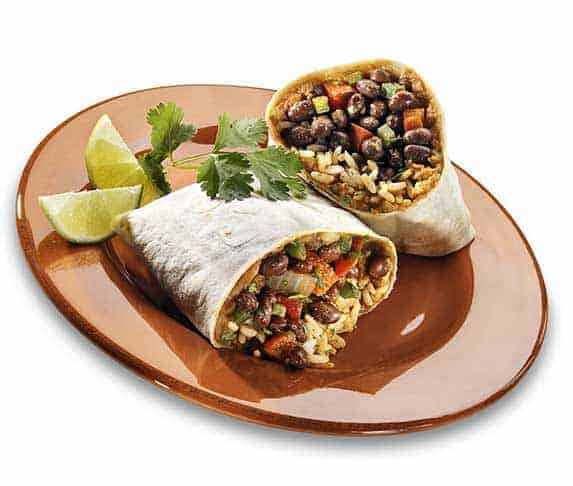 With all this considered, the safest and healthiest option for a dog is a cup of black beans that most Taco Bells sell, and this is actually quite a healthy snack for pets too.

While it may not be as exciting or fun as a taco or a burrito, we should always be watching out for our pets’ health as much as we can.

This isn’t to say that tacos should be avoided like the plague, however.

If the situation calls for it, feeding your dog a beef taco with nothing else on it won’t kill them and most likely won’t even upset their stomachs.

This shouldn’t be a regular meal though, as continued ingestion of these foods can build up to more dire consequences and can even kill some pets.

It’s all about being careful and using good judgment.

Eating can be a fun activity when done with family, friends, and even pets.

But as much as we all may enjoy Taco Bell every now and then, it’s important to not get too carried away when sharing these foods with our beloved dogs.