Dogs are some of the most intelligent beings in the world.

This can be seen in the way they behave.

Act and even react to our orders and instructions.

Day in day out, dogs have proven to be extremely clever and “purposeful” in every little thing they do.

However, does this amount to an ability that can be considered as “thinking before they act?”

The answer is yes! Dogs do indeed have the ability to think before acting. Our daily experiences with them show us this is true. In addition, numerous research and opinions from animal experts also add to this debate.

Some people however do not believe that dogs can indeed think on their own. This is because they seem to be very reliant on humans.

There is evidence to the contrary, however, and it is found in one of the simplest emotions- stubbornness.

Dogs can be, and often are, incredibly stubborn. Consider how stubborn your dog was when you were first trying to train them to do something specific.

By being stubborn, they can be seen as not having the ability to think.

While dogs do rely on people for most of their care, and function as pack animals, they certainly have the ability to think for themselves. 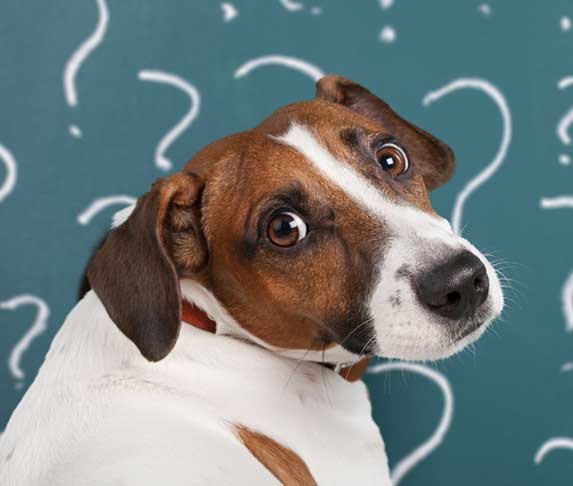 One of the clearest signs of thinking ability is when dogs are typically stubborn and difficult to train.

If your dog is hard to train and refuses to listen, it could be possible that he or she is confused.

But it’s also possible you simply have a stubborn, free-thinking dog who doesn’t feel up to doing what you want to do.

Signs of a stubborn dog include:

This is not just mere stubbornness but rather, is evidence that a dog has the ability to view things his own way.

Why Does My Dog Army Crawl? (Various Reasons)

What Do Experts Think?

Scientists are of the opinion that in order to perceive whether animals such as dogs think before they act and what they may be thinking about, we can analyze and read them based on what they do and their overall actions.

They admit that it is difficult to know anything about their minds but confirm that they indeed have the capability to think.

They also admit that though we cannot confirm consciousness in the dogs, the way they act and respond may support the notion that they are able to think on their own and act according to how they “see” things.

It is very obvious that animals are conscious of those who observe them.

They have to be in order to do the things they do and make the choices that they do, and use the judgments that they use.

Real-life Example That Supports This Claim 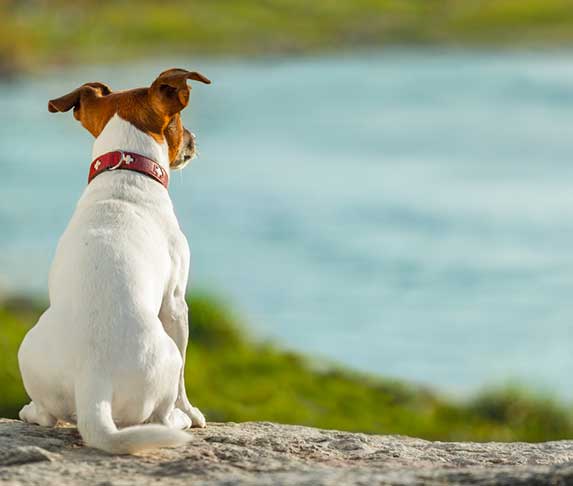 Here is an experience that is shared by one dog owner:

I have never been much of a dog person because I have always been interested in free-living, wild animals, but I have two dogs now and I cannot believe how much I love these dogs and how much they are part of our family.

They know exactly who we are. They know who strangers are. They are often very, very happy. Occasionally they get frightened by things that are strange or they are not sure what’s going on.

When we take them to a certain beach, they know exactly what the routine there is, even if we haven’t been to that beach in months. When we take them over to my mother’s, they remember that the shed in her backyard has cottontail rabbits under it and they always run straight to the shed to investigate.

This example shows that dogs plan ahead to solve a problem, embark on an activity or even communicate through the simple ways that they are best at using.

Christy Hoffman, assistant professor of animal behavior, ecology, and conservation at Canisius College also had a pretty good insight into this whole matter:

We sometimes give dogs too much credit for thinking through their actions, and this can harm the human-dog relationship. For example, if you assume your dog premeditated his attack on your sofa cushions because you skipped his morning walk, you may be tempted to scold him more harshly than you would if you realize he may have shredded the cushions out of boredom and does not associate the punishment with disemboweling the couch three hours prior.

Clever experiments conducted by Alexandra Horowitz, Julie Hecht, and others have indicated the dog’s “guilty look” does not mean the dog necessarily has a sense of guilt”.

She notes that dogs’ sensory worlds differ significantly from those in humans in the sense that they rely more on their noses and ears than on the eyes as we do. She is of the opinion that this can make it hard for us to assess their thinking ability and process pattern effectively!

Everyone who has come across a dog must have at one point found themselves wondering whether the looks on their dog’s face means that they are thinking.

Well, this debate should be put to rest.

These creatures have the ability to think before they act.

Though not to the levels that can be easily deciphered from the surface, they exhibit signs that may tell you that they indeed can think and do not merely just act based on instinct alone!