Dogs are some of the most loyal animals on the planet.

They will follow their owners around, obey commands, and in general, never stop being a good pet.

But have you ever wondered if they question their existence?

Our daily interactions with our dogs have offered us great insight which has led us to believe that yes, dogs actually do question their existence. Their behavior and responses to our actions have proven this fact to some extent.

In addition, many experts have also suggested that dogs actually have some sense of self-awareness as well.

This is because they believe that the nose is the most important part of a dog’s body when it comes to the whole concept of self-awareness.

Dogs smell and sniff around to perceive their environment.

This is how they become aware of what surrounds them and how to respond accordingly.

What Do the Experts Believe? 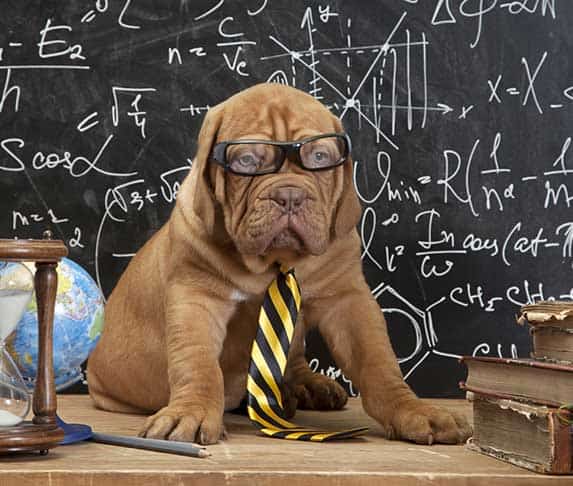 Roberto Cazzolla Gatti, an ethologist, was a huge believer in animal self-awareness. He leveraged the sniff test to support his belief.

He used four dogs as participants in this experiment.

Gatti collected urine samples from these four dogs and soaked up pieces of cotton wool with this urine, storing them in four different containers.

The fifth container would hold clean cotton wool and act as a control.

He then placed the five containers out of the yard. He thereafter allowed one dog after the other into the area.

Gatti observed how much time each dog would spend sniffing the smelly cotton wool which was soaked in urine.

He found that each dog would spend less time sniffing its own urine.

At the same time, all the dogs would spend much more time sniffing the urine samples of the other dogs.

By doing this, the dogs essentially passed the “smell test”.

This is because they were able to pick out which type of urine was “theirs”.

This ability to recognize the urine that is theirs denotes some sense of self-awareness.

He used his own dog, Jethro, as the participant in this experiment.

Bekoff collected samples of snow where his dog as well as other dogs had urinated.

He then placed the samples of the snow in a spot where Jethro could sniff them.

Bekoff observed that Jethro took considerably longer in sniffing urine from other dogs than he did with his own urine.

This showed Bekoff that his dog, Jethro, had some sense of self-awareness.

This is because Jethro was able to clearly distinguish between his own urine from that of the other dogs.

Why Do Dogs Avoid Eye Contact When In Trouble? (4 Reasons)

Who Else Advocated for This Concept?

In his book, The Descent of Man and Selection in Relation to Se*, Charles Darwin also held the same belief.

He opines that indeed, animals do have some sense of self-awareness. His studies of various animals including domestic dogs proved this claim.

He further claimed that the levels and degrees of self-awareness in different animals differ.

He suggests that dogs and animals, in general, are aware of the concept of “mine-ness” which allows them to understand that they are different from the other animals that surround them.

What this means is that they are able to understand that they are “them” and not the other dogs that can be found in their surroundings.

This self-representation that dogs have, though not to the highly sophisticated levels that humans possess, is what gives dogs their sense of self-awareness.

What is the Difference between Self-awareness in Humans and Dogs? 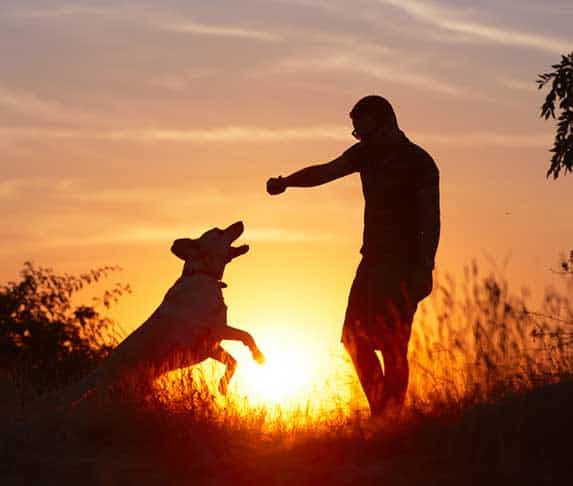 The most obvious distinguishing factor here is that human beings possess the highest level of self-awareness.

This is because the human being is the most developed “animal” on the planet.

Even with all their perceived intelligence, the level of self-representation and self-awareness in dogs cannot measure up to that in humans.

In addition, there is a huge contrast in the way both humans and dogs perceive things in their environment.

We are able to perceive things in our environment by using all of our five senses.

This is because the functionality of our senses of smell, taste, sight, hearing, and touch are all highly developed.

Before tasting and smelling, we can essentially figure out what a particular object or substance is by just looking at it.

This is because of our sophisticated senses. The degree of our self-awareness and self-representation cannot be compared with that of other animals.

However, dogs lack such capabilities and therefore have a relatively lower degree of self-awareness when compared to that we humans possess.

Why is this so? This is mainly because they rely heavily on their sense of smell.

They are not as visual as humans.

Their other senses are also not as developed as ours.

Therefore, the fact that they mostly rely on one sense-the sense of smell-while we enjoy the benefits of the full strengths of all our senses, makes us have a significantly higher level of self-awareness.

What is the Importance of Self-awareness in Dogs and Other Animals in General?

The ability to be self-aware and self-conscious will assist an animal to respond to your instructions better.

For example, your dog can understand you better when you ask them to move from a particular spot because of their ability to perceive things and the environment in general.

In addition, the survival of animals is difficult in a world filled with predators.

This makes self-awareness very important for the safety and well-being of all creatures from ants to whales.

If people are more enlightened on the fact that dogs have decent levels of self-awareness, a situation may arise where some laws might have to be formulated and others changed so as to offer more protection to the dogs and uphold their legal rights!

Indeed, dogs have been found to have a decent level of self-awareness and self-representation.

Admittedly, theirs’ cannot match to the same degree, the levels of self-awareness that we humans have.

However, they can follow instructions and flee a dangerous situation to save their lives.