The cute little runt puppy you’ve adopted from the shelter is still small, even though it’s been a few months.

You know all puppies are different, so you wonder: do runt puppies stay small?

If you’re wondering about the size of your pint-sized pup, rest assured there’s a good chance it will grow to be at least medium-sized.

There are exceptions to every rule, however, and we’ll walk you through all the factors that affect how big your dog will get so that you can make an informed decision if you adopt or buy a runt puppy.

What is a runt puppy?

A runt puppy is one that is smaller than the rest of its litter.

The size of a litter can vary, but the smaller the litter, the more likely it is that one of the puppies will be a runt.

A runt isn’t a medical condition; it’s just an animal that was born small for some reason (which may or may not have something to do with their health).

What causes a puppy to be a runt? 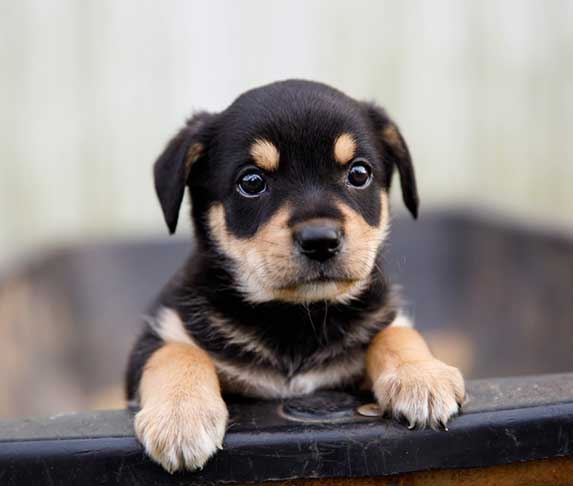 If you’re wondering what causes a puppy to be runt, the answer is that it can be any of these things. In fact, it’s often a combination of all of them.

Smaller size might mean that your puppy had poor health as a fetus or soon after birth.

It could also mean that he wasn’t fed adequately and didn’t get the nutrition he needed to grow properly (either because his mother didn’t have enough milk, or his owner didn’t give him enough food).

Poor genetics plays a big role in determining how tall or short your pup will be as an adult dog.

If his parents were small and short-legged themselves, there’s little chance that your puppy will tower over everyone else at the dog park—unless he gets plenty of exercise!

If your pup lived in cramped quarters while growing up (such as outside without proper shelter) then she may not have been given adequate space to stretch out her legs—which could lead her to be smaller than other dogs when fully grown.

This is especially true if she was malnourished during this time period.”

Do Black Pitbulls Have Yellow Eyes?

Will a runt puppy stay small?

The term “runt” is used to describe a puppy that is smaller than the average size for its breed.

It’s important to remember that even though a runt may be smaller than its litter mates, it will likely not be smaller than the breed standard for that particular breed of dog and may have a lower weight but still have the same proportions as their litter mates

Runt puppies are simply more prone to being underfed or starved by their mothers during gestation because they require more nutrients from their mothers in order to grow normally and develop properly.

However, this doesn’t mean that runts won’t reach full adult size later on in life when provided with proper nutrition and care after weaning; rather, they just tend to grow at a slower rate than average due to malnutrition while still in utero

Are runts of the litter more aggressive?

Most often runts of the litter are smaller than other pups, which results in less competition for food.

While they may be a bit more aggressive than larger, usually healthier puppies, runts become just as healthy and normal as any other puppy that is properly cared for.

Knowing a little bit about runt puppies can help you decide if one is the right dog for you.

While runts may not be ideal for certain purposes, such as working on a farm or other jobs that require a larger dog, they are typically able to live long and happy lives with lots of attention and exercise so they can grow strong.