Foxes may not be classified as pests or vermin by the authorities, but they do act like such, getting into rubbish bins and gardens.

Most especially getting dogs riled up.

If your dog does not react to foxes, congratulations, you are one of a few.

But for dogs who react, it can get very bad as foxes are persistent visitors once they find a territory.

Why Bark At Foxes?

Dogs are curious creatures and react to new and strange things and disturbances.

Like a fox moving around outside the house at night.

Dogs are especially sensitive at night as the house or the night may be quiet.

Foxes are bold enough to come right up to the front door or a window and few are not deterred by dogs barking at them to chase them away.

This can be bad for you and your neighbors and could escalate to the neighborhood authorities.

It is a problem that needs to be handled.

There are nine things you can do to stop this from being a problem.

1. Remove what attracts the fox 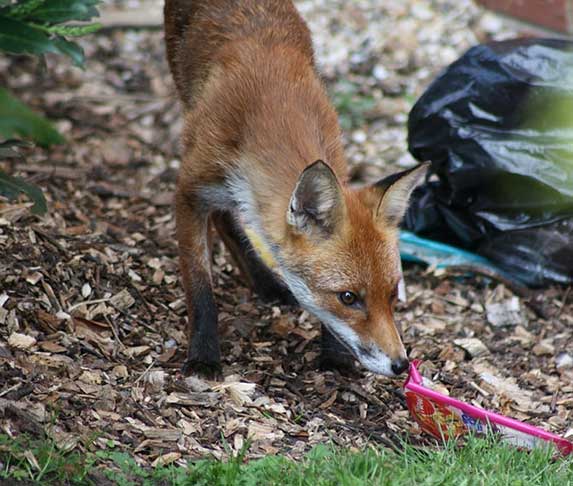 If foxes are coming for your rubbish bins, it would help not to put the bins out at night and instead wake up early to put the bin out just before pick up.

It might not be convenient, but once the fox sees there is nothing there for it to scavenge, it will move on.

There are websites dedicated to non-lethal deterrents.

The easiest is getting a fence around your garden if that is what is attracting the fox.

If, however, they can get through this barrier, you can get an advanced option of a scarecrow with a motion sensor that sprays on a fox when it gets close.

Soon it would not like to come near your property.

Human scent is a repellent.

You can put human scented items around your garden or rubbish, like cut hair (a lot of people swear it works) from hair salons or human pee or another predator’s pee.

The scent would scare them away.

Another deterrent is the use of disinfectant around your garden (careful with the plants) and your bin area.

Both these options can be quite smelly, so know what you are in for.

Can Dogs Smell Through Mason Jars?

This is the worst-case scenario.

Some pest control professionals offer fox removal as one of their services.

Some put them down and others release them far from the community.

It might also be expensive, but it is an option.

If the fox does not come on your property, and for some reason, it is beyond your control to remove the fox, you would have to focus on your dog.

If you go for walks and encounter the fox outside, it is best to have your dog on a lead so he does not get away from you.

And you can control him so he does not get carried away by the distraction. 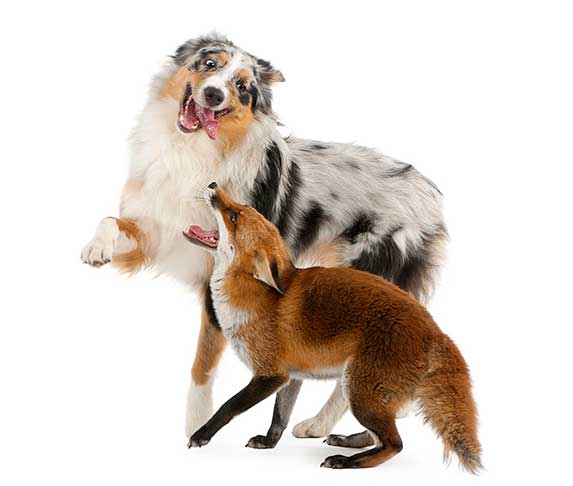 Between conditioning and desensitization, you can get your dog used to foxes or have some control.

So when your dog starts getting excited you can give him a command to calm down.

It is widely reported that dogs are not the same when they encounter a fox, even if they never see it again.

They bark incessantly, thinking the threat will return.

When your dog is this excited, a walk can calm him down, and when he sees the fox is gone it could assuage his fear or curiosity.

Sights and sounds set dogs off at night.

If the fox is a frequent visitor, you may want to cover up windows your dog would have access to and play a TV or music on a low volume so he can not hear the fox sounds either.

For some reason this is not an option, you could put the dog in a separate room where this can happen, and the dog can stay calm.

If the dog is constantly retriggered on its own even though the fox is not returning nightly, all methods to show the dog there is no fox and sensory masking is futile, you may have to use other anti-bark measures like a collar.

An anti-bark collar would spritz some water on the dog every time it barks so he stops barking.

Using it effectively would only be in the short term and anytime the dog sees the collar he would remember and stop barking.

9. Use a behavior consultant

If the dog still barks non-stop without a fox in sight your dog may have another trigger.

If you cannot figure it out, then it would a behavior consultant can help in finding out and training the dog.