In light of the recent pandemic and even going further back, tensions have been on the rise and people are starting to get eaten up by stress.

Pets are not immune to this increase in stress levels.

Not many people know this but your dog much like you can also suffer from anxiety.

In many cases where the situation becomes severe, they might even need medication to help them manage their anxiety and stress levels.

Anti-anxiety/anti-depressants medications such as Prozac have been the trusted brand of pet owners in helping their beloved pets manage their anxiety.

But like most mood stabilizers, Prozac has been known to cause side effects that trouble both the dogs and the pet owners.

That’s why there has been a growing need to find alternatives to this drug. 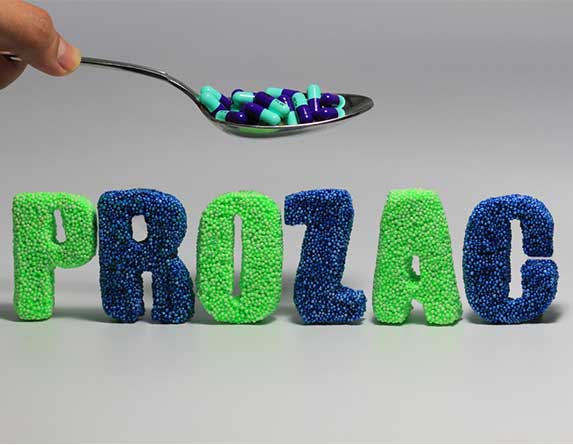 Prozac is the generic more widely known name for fluoxetine.

It belongs to the class of medications called selective serotonin reuptake inhibitors that are used to treat a wide variety of anxiety disorders.

Over the years, Prozac was soon a popular choice of medication for dogs who suffered any kind of anxiety disorder.

Being a psychotropic drug, it can chemically alter your dog’s brain by manipulating the neurotransmitters in a certain way.

Prozac has been used to treat the following disorders in dogs:

Prozac is used to treat extreme levels of aggression in dogs and it’s effective in lowering aggression.

Aggressive behaviors in dogs can lead to biting or general hostility towards strangers or sometimes close members of the family.

This results in your dog being more docile around people.

By manipulating the neurotransmitters of your pet, Prozac can effectively treat people’s phobia in your dog and make them more social or less anxious in the presence of people.

People phobia can cause your dog to develop anxiety or become aggressive in either a crowded environment.

Thunderstorm phobia is a rather common condition that many dogs suffer from.

During thunderstorms, your dog might be involved in several erratic behaviors such as making whining sounds, barking, scratching at the door, or general restlessness.

Prozac is administered to dogs to calm them down during thunderstorms.

Urine marking is characterized by your dog constantly urinating at various areas of the house (usually indoors) and messing up that area.

Dogs like their wolf ancestors tend to urinate to mark out their territory.

But the instance where your dog is urinating everywhere, it might get problematic.

Why Do Dogs Grab Things When Excited? (9 Reasons)

This is the commonest reason why Prozac is currently being prescribed for pets.

Separation anxiety can have debilitating consequences on pets and it can drastically alter their standard of life.

Prozac has gotten great results in treating this condition.

Although, the results aren’t always in the desired effect as some pets have shown a lack of compatibility with the administered drugs.

Dogs who have the compulsive disorder are administered Prozac.

Prozac is said to treat obsessive-compulsive behaviors in dogs, stabilize moods and reduce cases of impulsivity.

Dogs, as we’ve already established, aren’t immune to stress or other anxiety disorders.

A vet can prescribe Prozac as a way to control their condition although other drugs or alternatives might be suggested by the vet.

What Are The Side Effects Of Prozac?

Most dog owners are wary of administering Prozac to their pets.

This is partly due to ignorance as they feel a dog initially distributed for the treatment of human conditions might prove too strong a dose for their pets.

This isn’t the case, Prozac has seen success in many cases and some dogs have made a full recovery while being administered this drug.

The problem, however, is the side effects that many dogs have experienced while using this medication.

Prozac doesn’t have a lot of success in many dogs and the side effects for some pet owners is off-putting.

Your vet might recommend these alternatives to help treat your dog’s anxiety:

Diazepam also called valium has several purposes in dog medication but it is often used in the treatment of anxiety.

It is used in the treatment of situational anxiety and it works by suppressing activities in the central nervous system.

It can be administered in oral form that is either tablets or liquid or you can opt for injection or other routes.

This is why it’s most often prescribed for dogs that have a phobia of thunderstorms.

It’s not just anti-anxiety medication, it can also be used as a muscle relaxant or for the suppression of seizure activities.

It can be given with or without food.

Paroxetine/Paxil is used for the treatment of general anxiety.

Other conditions or symptoms of anxiety such as aggression, self-mutilation, etc are also good cases for your veterinarian to recommend paroxetine.

It comes in both tablet and liquid forms.

This medication much like paroxetine can be administered to dogs with generalized anxiety or for separation anxiety.

Although it should not be used with pets that have been diagnosed with diabetes amitriptyline is very effective.

It works partly by increasing the levels of serotonin and norepinephrine which helps to elevate the mood of your pet making them more relaxed.

It is dispensed in tablet form.

Clomipramine is also known as Clomicalm and it is effectively used in the treatment of separation anxiety and situational anxiety.

However, it can also be prescribed for other types of anxiety.

Although it takes time to be effective, it’s the first FDA-approved treatment for dogs that suffer from separation anxiety.

It is dispensed in tablet form.

No matter medication is being used or has been recommended by the veterinarian, you’ll still need to adhere to protocols known as behavior modification protocols.

There’s also the waiting period before the medication can finally take effect and it’s usually at the 4th week of it being regularly administered.

Eventually, with consistency and patience, you’ll notice your pet start to get better as there have been reports of dogs being weaned off the meds eventually.