What is so mesmerizing about orange cats?

Do actual tangerine-hued cat breeds boast the same vibrant personality as Garfield? Or are orange cats crazy? Or is it because their fiery fur reminds us of things that make us happy, like the bright sun, delicious marmalades, or jack-o-lanterns?

Whatever it is, an orange cat is a fan favorite among the feline family. And here are ten interesting facts you might not know about orange cats.

1. Are Orange Cats Rare? — Depending on the Context! 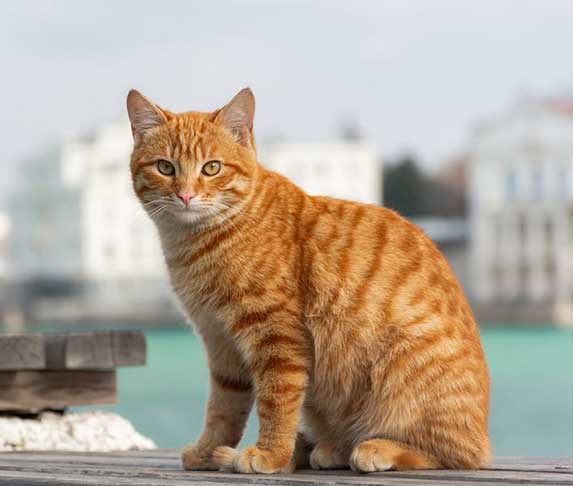 If we look at it from a breed perspective, there are at least 15 cat breeds with orange coats. While there is no exact number as to how many cat breeds exist worldwide, 15 is still a considerable number.

So, are orange cats rare? Yes, if we look at it from a gender perspective!

Despite orange cats being rampant among the breeds, 80% of orange tabbies are males making orange feline females a bit of a rarity.

If there is one unifying characteristic among orange cat breeds, it is their coat pattern. Looking closely, you will notice that there are no plain orange cats. Depending on the breed, their coats may have subtle to illustrious patterns.

The tabby or striped pattern is one of the most prominent aspects of orange cats. Although they come in different shades ranging from macaron orange to hot tangerines, most orange-colored cats are tabby.

Going back to the query “are orange cats rare?” not exactly, mainly because most, if not all, are typically tabbies.

3. Some orange cats have more orange than others.

As much as we want to classify orange cats as a special breed, many breeds can share the same color, albeit to varying degrees.

Some cats have more cases of orange than others. Producing flat orange-hued tabbies is normal for breeds like Persian, Munchkins, or Abyssinians. On the other hand, scoring an orange hue is rare but not impossible, like in the Scottish, the American bobtail, and the Devon rex.

4. Are orange cats crazy? — No, but their patterns are!

A cat’s orange coat is always likely paired with tabby or stripe patterns. But there is not one single style in a pattern that manifests itself. Among marmalade-coated cats, there are four different types.

So, are orange cats crazy? Yes, if we talk about their tabby patterns! And here they are: 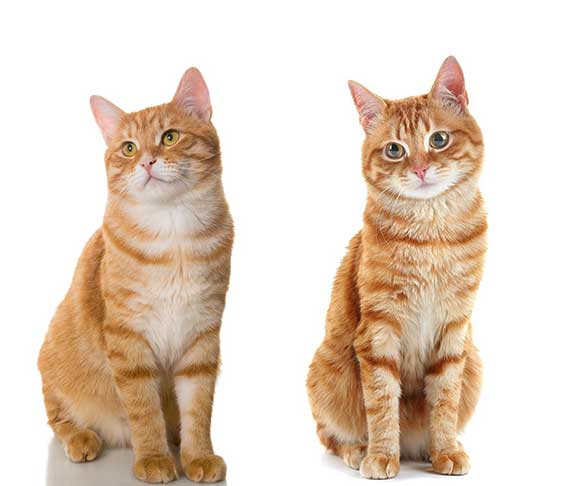 You might not have realized this, but your orange cat might have more similarities to your redhead friend than you know.

The pigment responsible for your friend’s red hair is the same one influencing the tangerine hues on your cat’s coat. It is called pheomelanin.

When the pigment is activated, your cat may express it in different shades ranging from red to cream. This pigment is the reason for your cat’s fiery and dashing look.

6. Are orange cats crazy? — No, they are gregarious!

Gary Weitzman, a veterinarian and the author of How To Speak Cat, says that coat color is linked to a cat’s overall behavior.

He mentioned that torties are more likely to be independent and assertive. But based on anecdotal evidence he has gathered, orange tabbies are the poster child for the most gregarious.

They love to socialize with people. They are a spunky bunch. And to rub it in, they are the Chatty Cathies of the feline universe!

All Siamese Cat Colors in One Place

7. Are orange cats rare? — Everyone loves them, but there is one cat that stands above the rest in the love department

If you are here, you probably own an orange cat, are planning to adopt one, or are fascinated by their vibrant orange hue. There is no debate that they are loved and appreciated by many.

8. Are orange cats rare? — Well, they have a distinct “M” marking

If you have an orange cat, take a closer look at its forehead and verify if the M mark does exist. But according to urban legend, orange tabbies all have this peculiar marking.

As the superstitious bunch, countless people attached mystical (and irrational) labels to this unique phenomenon. Some say the M represents Virgin Mary, while others claim that it is Mohammed, the founder of Islam.

Anyone is entitled to their own opinions and belief. But the mark is indeed an interesting distinction.

9. What is an orange cat called? — It is safe to call them fat

Remember Garfield? Well, there might be some truth behind his hefty representation. An orange cat is typically a fat cat.

Orange tabbies are big fans of food, and they will eat anything, anytime, which might look cute but is quite risky. Voracious orange tabbies can be overweight, putting them in a dangerous position as they become increasingly prone to health problems.

We do not recommend continuous feeders because these cats will eat until it is empty.

10. Are orange cats crazy? — They are crazy famous!

Perhaps a part of our biases toward orange felines is their consistent appearances in films and pop culture.

Who would not recognize Garfield’s lazy, fat, cynical, lasagna-munching tabby cat, the sassy and swashbuckling mortuary-wielding Puss in Boots, and the curious Milo, the advertising icon Morris, and the comical Heathcliff?

Orange cats are darlings of Hollywood. No wonder we are predisposed to like them!

11. What is an orange cat called? — A fitting nickname would be Freckles!

Having an orange cat is already pleasing, but adding some black freckles to some parts of their faces makes them even more adorable.

Orange cats develop freckles in their cute pink noses, gums, and lips. These are generally not harmful, so think of them as sprinkles on icing!

Although if you notice any abrupt changes in pigmentation, consulting your veterinarian would be best.

12. Are orange cats crazy? — No, but they have the craziest nicknames!

Orange cats are the epitome of inspirational names because owners usually attach famous personalities to their orange felines.

If this is not you, then you are an exception to the rule, but here are crazy names people give to their orange cats:

Our inclination to orange cats may be influenced by pop culture references or because they bear nostalgia-inducing elements.

What matters is how we treat and love them because of the beautiful relationship we have built with them.

We hope these 12 facts about orange cats above helped a bunch!