When watching your dog play with other dogs, it is common to see your dog and the other dogs jump on each other’s backs.

They do this mainly in a playful manner with other dogs.

Not all dog owners tolerate the behavior and if your dog is mounting other dogs, that may cause a bit of conflict between you and other dog owners.

When it comes to the point where your dog becomes uncontrollable, it is advisable to get a trainer or take them to the vet if they have a disorder you may not know about.

The behavior may become slightly aggressive, as a dog owner, one could get slightly worried.

It may become more frequent as well.

For us to know how to stop or control behavior, we must understand why dogs jump on each other’s backs.

Why do other dogs jump on each other? 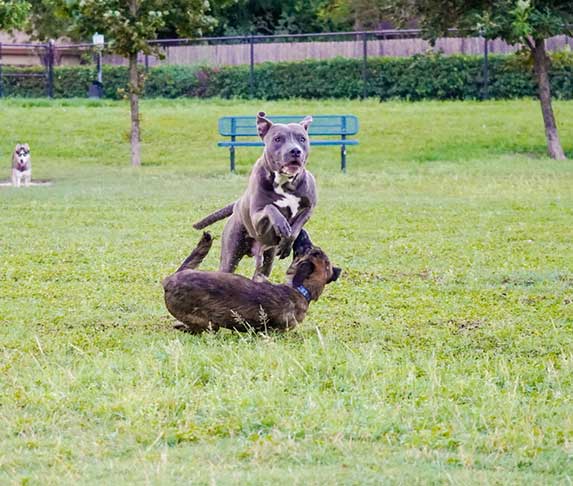 Dogs tend to communicate very differently from us.

They have fewer ways to communicate thus dogs have a lot of physical communication so it is good to understand that.

However, it is important to find out whether this is a dangerous behavior that your dog is showing, or it is just harmless behavior and communication between dogs as they play.

Below are some of the reasons why dogs jump on each other’s backs:

1. They may jump on each other’s backs as a way of saying hello or greeting other dogs for the first time.

They may jump on other dogs as a way of saying hi and creating a comfortable space around each other.

This is also because dogs are usually so excited to meet other dogs thus that is their way of being friendly.

2. They may jump on other dogs as a way of asserting dominance over other dogs.

As much as dogs have been domesticated and tamed over the years, their natural nature will want them to assert their dominance on other dogs to sort off show off who is in charge.

They will assert their dominance by jumping on other dogs’ backs showing that they want submission from the other dogs.

3. They may jump on other dogs as a way of fulfilling their sexual desires.

This is often an overlooked aspect when it comes to dogs but it is important to acknowledge this part of them.

They are also sexual beings and are intentional with their sexual desires as well.

Thus, they may mount other dogs in some type of sexual way, the dog does not have to necessarily be of the opposite gender as well.

When do you need to reprimand your dog for doing the above? 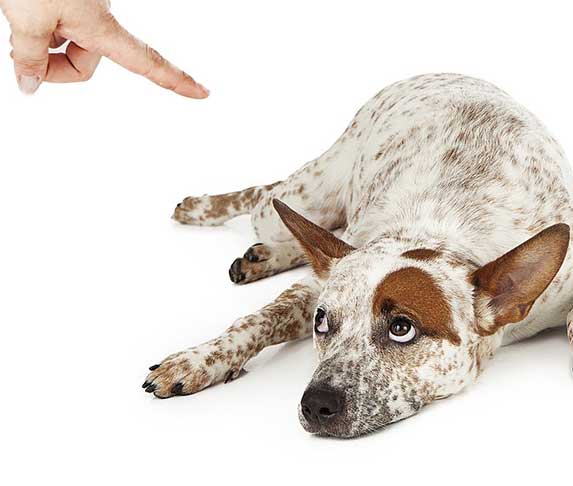 It may be difficult to be able to stop your dog from carrying out an inbuilt habit so if there is no harm caused, it is advisable not to stop him.

Some instances, however, may warrant you to intervene or you may be in conflict with other dog owners.

Here are some signs that you may need to stop your dog from mounting or jumping on other dogs’ backs:

1. It is advisable to stop the behavior if your dog is if a larger breed that could end up injuring the smaller dog

This is because if a dog is mounting a smaller dog, the chances of the smaller dog getting injured are very high whether voluntarily or not.

This may either be your dog or someone else’s dog which may create a lot of conflict on your part.

This may also cost you some money because of the cost it may need to take them to see a vet.

2. It is also advisable to stop the behavior when your dog becomes too aggressive with other dogs

Aggression always leads to something more serious like injuries both at surface level and those that may cause internal bleeding.

Internal injuries are extremely fatal if not treated immediately.

This means that if your dog is showing any signs of aggression, it is best to not allow them around other dogs until you find a solution to that aggression or else may end up causing a lot of problems.

3. It is good to stop the jumping when you see that either of the dogs is trying to escape from the jumping

This could mean the dog trying to escape the jumping is either hurt or is generally not having a good time.

You should stop the jumping immediately and try to decipher whether the dog is injured or they are okay then stop the whole thing.

4. Last but not least, it is advisable to stop the behavior when your dog becomes uncontrollable

This means that the behavior becomes a nuisance and is out of control.

This can be assessed when you tell your dog to stop and they instead continue with they what they were doing meaning they will not listen to anyone.

That is a very dangerous game.

This is because they could become extremely rough and injure other dogs, especially in an uncontrollable state.

How to stop this behavior?

From the above, after discovering why your dog is jumping on other dogs, it will be clearer as to whether you should stop this behavior.

The most important reason to stop this behavior is when it starts to inflict wounds and becomes aggressive.

Here are some of the ways to stop this behavior:

1. If your dog becomes uncontrollable when it comes to jumping on other dogs, it is advisable to get a professional dog handler to manage your dog and to teach them that they should tone down on their masochist ego and become socially friendly with other dogs.

2.  If your dog jumps on other dogs’ backs because they cannot control their sexual urges, it would be advisable to take them to a vet surgeon who will help your dog overpower those sexual urges.

3. If all the above fails, a professional trainer would be the one to go to train your dog to stop that behavior professionally.

Once you realize that your dog may have a problem with controlling themselves around other dogs, it is very important to get them help. For starters, speaking to your vet about it will help find a solution to the problem.