As impressive as dogs are, they have quirks that go along with them, making owners think, “why is my dog broken?”.

One of their habits that usually gets the best of their humans is their refusal to poop outside.

But there is more to know than what meets the eye.

Dogs pooping outside should seem to be the default thing that dogs do since their domestication.

Sadly though, some dogs refuse to their business outside.

Have you ever wondered why?

Well, there are a couple of reasons such as they have formed that habit. Your dog was not trained to avoid pooping indoors, so they do their business inside, often in the same spot. It could also be because of negative conditioning. There are more reasons for this, and some of them are outlined below.

Dogs and Their Poopy Mechanism

To understand the concept better, we need to compare dogs’ anatomical structures and humans.

Often, dogs will let it rip when they feel like it without much resistance than humans, even indoors. It can partly be because of anatomy.

Humans with their bipedalism have adapted to tighten the sphincter around their anus to keep the contents from falling off.

Dogs do not have this same worry because their intestinal organ’s orientation is different.

Thus, they have lesser control over their bowel movements.

In addition to this, lack of potty training also plays a huge part.

But what more reasons exist that keep them from eliminating outside?

Reasons Why Dogs Do Not Poop Outside 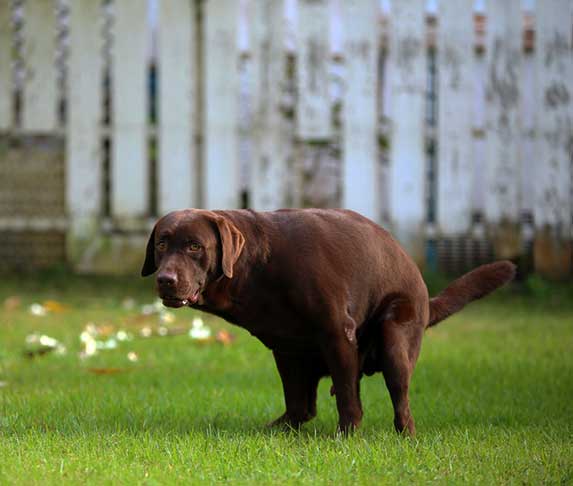 Dogs are not entirely the reason behind this; pet owners also have a significant role in the pooping habits of dogs.

The things that dogs have been doing since they are born will most likely be carried over until they mature.

If your dogs have been house-trained all their lives, then pooping inside the house is an ordinary deed for them, simply because they do not know any better.

It usually occurs when pet parents lack the time of the day to bring them outside to release.

The only natural response for dogs is to defecate inside the house.

Try to stroll dogs from time to time. Eventually, they will let up and poop outside. Repeat until they link outdoors to pooping.

In conjunction with #1, when dogs have developed the habit of pooping indoors, it would take place in a specific location often.

It is what poopy association means.

They have associated the site for defecating because of the subtle scent of feces remains, even after cleaning.

Remember that dogs have a keener sense of smell compared to humans.

Ergo, what they smell far exceeds what we can, and a clean area might not be as clean as we think it is.

To remove the odor, using enzymatic cleaners to eliminate any traces of poop molecules in the area.

Outside is a fantastic place for fun and games for most dogs.

Especially ones that have high wanderlust in their bloodstream.

But if it is indeed that fun, why not poo there?

It may be because of the negative reinforcement of being outdoors and pooping.

It could be vexing for dogs to find freedom outside, only to be locked indoors right after they finish the deed.

They may associate pooping outside with finished playtime.

For this reason, dogs would instead hold the poop in for longer to play some more.

The negative repercussion of such is that they will likely poop inside.

When dogs defecate outside, could you not rush to bring them back inside?

Instead, have them play longer so as not to create the association that pooping means no playtime.

There can be two principal reasons to explain #4:

For the first one, it is only natural that dogs choose to poop indoors.

Defecating is a vulnerable state in animals. And being exposed pooping may not be a smart move.

Notice how they stare at you while they poop? It means that they need you to protect them.

For the second aspect, pooping is like social media for dogs.

Encrypted within their poop are data that exposes the activities of dogs.

Nevertheless, proper training and finding the right spot will do the trick. 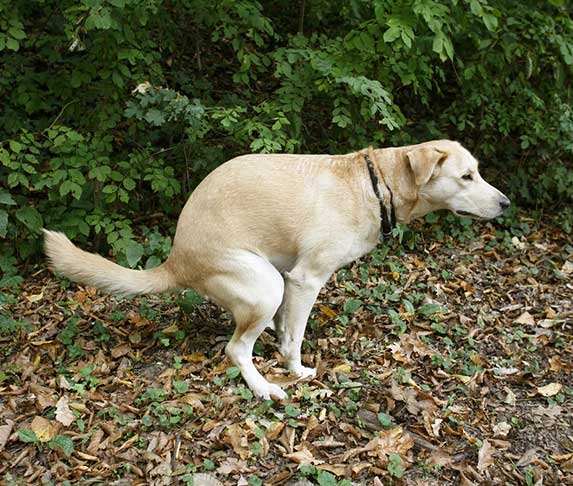 They will choose comfort before they commit to doing anything.

And sometimes, with their pooping solace found indoors, the grass, concrete, sidewalks might just not cut it as great defecating spots.

Like #4, your dog wants to find the perfect spot where they can find peace and comfort.

And this may take some association and long-searching first before comfort in pooping outside takes place.

Possibly the worst reason for dogs’ refusal to poop outside is due to medical complications.

A possible scenario is that dogs struggle to poop because it feels painful.

The likely outcome is that they hold their poop longer because they associate pooping outside with painful feelings.

Eventually, they will realize that it is painful regardless of the location, but this may be one angle to look at their refusal to poop outside.

Some medical complications resulting from this may include:

If dogs continuously struggle in pooping, it would be best to bring them to a vet for a professional assessment of the dogs.

They would also know better what steps to take to address the matter.

What to Do to Avoid Indoor Accidents?

Based on the abovementioned reasons, dogs can learn to poop outside if given proper training with devotion, attention, and time.

Remember that dogs are still instinct-ruled species, unlike humans, who operate by reason.

Ergo dogs will act based on the way you raised them.

Avoiding indoor accidents will require patience on behalf of the owner.

Patience to train, to stay outdoors until Fido associates the outside world as the proper place for pooping.