Dog paddling is a common reflex that seems to be inherent among dogs.

Although it is not commonly observed on a regular day, there are things that humans due to dogs that result in air swimming or paddling as their response, precisely when we lift them.

It might look entertaining, especially when they paddle while held above the surface of the water.

But what causes this unusual behavior?

Why do dogs air swim?

This article will try to illuminate this exciting phenomenon, so stay tuned until the end.

The reason behind the deed has not been extensively studied, so different myths and hypotheses on the matter are to be expected from people.

Before going over the reasons governing their mysterious air paddling, it would be great first to note the matter’s myth.

Can You Use Liquid Bandage on A Dog? (What Vet Says)

The Myths Behind Air Paddling

Pet owners usually observe the air paddling mechanisms of dogs whenever they lift their dogs using their torso and hold them above the water surface.

It has led to people’s belief that dogs do this in anticipation of being dropped onto the water.

It is not new information that dogs swim by paddling their arms and legs underwater while keeping their heads above the surface.

This might have been the reason behind the presumption that dogs paddle on air is because it mimics the way they swim.

Ergo, the myth that dogs air swims as a preparatory measure before the actual swimming.

But dogs do not think about that.

The Three Truths About Air Swimming 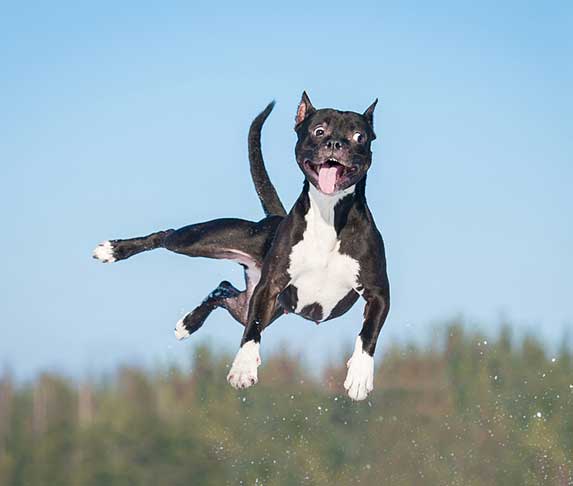 Although the previously mentioned myths might make sense, there are more analytical reasons to explain this distinct dog behavior from a scientific perspective than the “anticipation” of water.

Here are the reasons behind air swimming:

Dogs are quadrupeds which means that they are used to walking on all fours.

They have been born in such a way and will mature, still relying on their four legs for mobility.

On the other hand, humans who walk using only two legs require better focus and active thinking to move than dogs.

Because dogs have four points supporting and stabilizing their body, ergo balance is not much of an issue.

It creates less “conscious control” every time dogs move, compared to humans that need a certain level of concentration to keep their bodies upright and balanced.

When you lift dogs off the floor, they feel unstable, having no paw touching any surface.

It is their way of looking for something to step on and regain their balance.

Some dogs have not conditioned their bodies to be held up because they do not have much experience of it as a pup.

This insecurity of getting lifted may cause panic to some dogs, which may result in air swimming.

The more common response to panic would be dogs trying to wiggle their way out of the hold to get back on their feet.

While others may centralize their weight on their torso, creating deadweight, thus being heavier for people to carry.

Others, however, may do gentle arm and leg movement as a form of protestation to being carried.

This motion may pretty much look like air swimming, but a panic response from dogs.

It is no longer new to pet owners that dogs are behavioral beings.

And the way they act now is simply a result of positive and negative reinforcements they went through in the past to shape their existing behaviors today.

Dogs are highly dependent on what their owner’s preferences are in choosing which actions they make.

When dogs air paddle while being lifted and people react positively to that movement, dogs will associate the deed as something positive.

It will cause them to repeat that behavior every time they are lifted until it becomes an automatic subconscious response.

Although air paddling is caused by one of the three reasons above, it is more likely a frantic response than a positively learned behavior.

So, this is one thing to note for pet owners.

The Proper Way to Pick Dogs Up 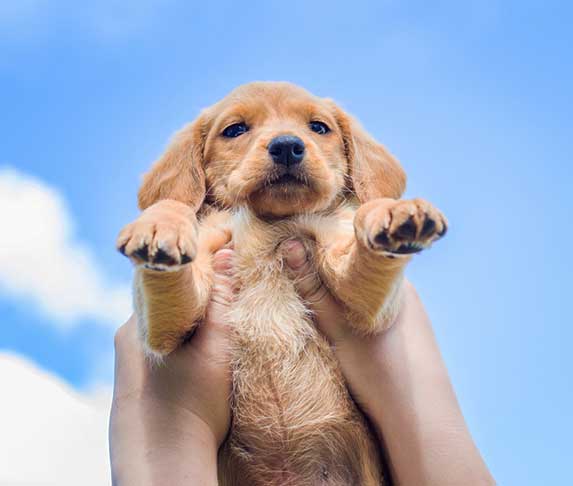 As mentioned above, the likeliness of air swimming being a response out of fright is higher than other reasons.

And the principal culprit for such reaction among dogs is not their fear of stability but the way owners carry their dogs.

Air swimming is often observed when dogs are lifted in a particular fashion.

Usually, when humans raise the dog by placing both hands on their back and picking them by the front legs like a baby.

It is not a proper way of lifting dogs and doing so will only incite fear among them and potentially strain some ligaments.

Here are the following ways to pick up dogs:

Place your dominant arm underneath their chest.

Your dominant hand must be between their front legs.

Your other arm must tuck their hind legs towards your body for extra support.

Bend down your knees and place your dominant arm just beneath the rump of the dog.

Your other arm should wrap around their chest.

Use both arms to tuck your dog as close to your body as possible and lift them with your legs.

The size of your dog also matters. If your dog is just a little bit over a medium-sized dog, then lifting it the same way would be fine.

If they are on the larger side of things, then asking a family member to assist you would be better to avoid injuries to you and your dog.

At the end of the day, although air paddling is cute to watch, there are times that the handling of the dog is improper which may cause pain on their part.

That, on top of the frantic response of dogs to being lifted with proper support to their legs.

Although miniature dogs and puppies can be lifted for air paddling purposes without the risk of injury, their weight is too light to cause any problems.