In as much as dogs can harm people with their claws, they are a very useful part of their body.

Dogs use claws for scratching, self-defense, and grasping items.

A dog’s nails may be affected by disorders that can make them whiter than normal, too soft, too brittle, or sloughing off at the claw plate.

These conditions cause discomfort while walking or grasping items.

What causes a dog’s nails to turn white? A dog’s nails can turn white due to underlined health conditions that your dog is experiencing.

When your dog’s nails turn white, you should consult a vet to assist with the situation as soon as possible.

Experts attribute the whitening of a dog’s claws to factors such as aging.

Whitening of a dog’s nail can also occur because of allergic reactions after taking some foods.

If you suspect that your dog’s nails are turning white because of an allergic reaction, it’s wise to put him or her on an elimination diet to determine the foods to which the dog is reacting.

In this article, we’ll focus on things that cause a dog’s nails to turn white. 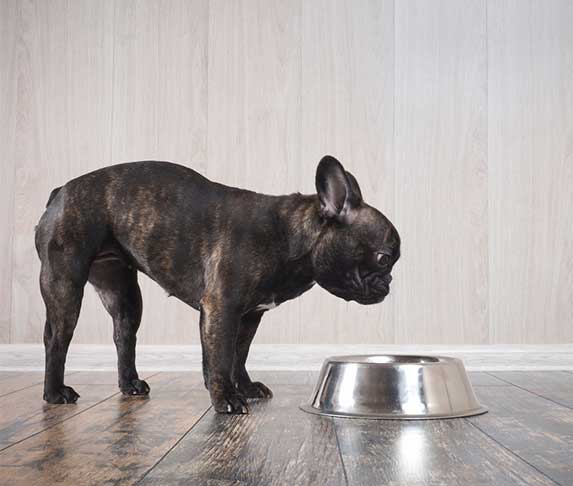 The nutrients and minerals we take up in our diets perform key roles in our bodies.

When a dog lacks essential minerals and vitamins in its body, the depravity can show up by the nails becoming white.

It’s wise to visit your vet to establish the mineral that is lacking to address the precise need.

You can also increase the intake of these missing essentials with supplements to improve your dog’s nutrition.

Reaction to allergens in some foods can also manifest as the whitening of a dog’s nails.

Some foods contain additives that a dog’s body may allergically react to.

This condition is known as food hypersensitivity.

The dog’s immune system will try to fight back, and the results are what we see as the nails turning white.

In case of allergic reactions to foods, dog owners should be careful about the type of dog food they purchase.

Breeds of dogs react differently to allergens in food. Additionally, a dog of a specific breed can be sensitive to allergens in certain foods but others of the same breed won’t be affected.

When you suspect that your dog’s nails are becoming white due to food additives, you should consult your vet and determine which foods could be causing the food hypersensitivity.

Just like in human bodies, aging in dogs also causes their body to change with age.

Experts link the whitening of nails to aging in dogs.

The whitening abnormality could set in when a dog has lived for long a long time.

If your old dog’s nails have started becoming white, seek your Vet’s assistance to advise a nutrition-rich diet to solve the problem.

Why Do Dogs Alligator Roll? (9 Reasons)

Whitening of nails in dogs could indicate a severe health condition that your dog is going through.

Some autoimmune diseases in dogs manifest in symptoms such as bleaching of the nails.

If the whitening is recurrent, it’s wise to seek medical attention as soon as possible.

This is to prevent the possibility of these underlined conditions to cause death.

Experts attribute the whitening of nails in dogs to rare genetic disorders.

If you purchase a breed with an ancestral history of whitening nails, the trait is likely to manifest itself with your dog.

The condition may not be observed during the early stages of life, but when the dog becomes a young adult, it may show up.

The whitening of nails may manifest and disappear with varying amounts of severity.

Whitening of nails caused by hereditary disorders does not cause detrimental health effects.

Currently, there’s no treatment has been discovered for this hereditary disorder.

6. Some Breeds Are More Prone To This 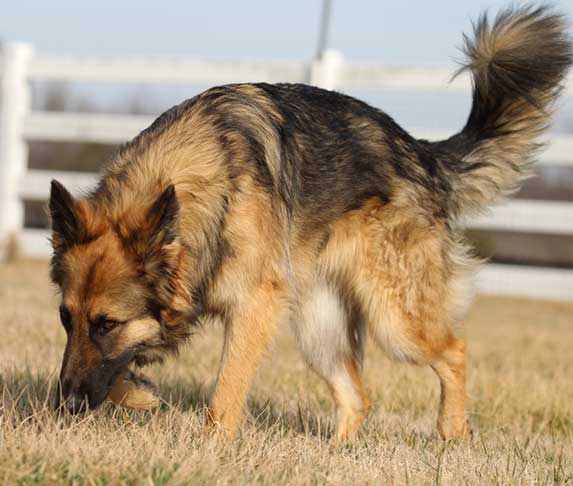 Some dog breeds are prone to infections that cause the whitening of nails.

When clipping your dog’s nails, sometimes accidents happen and you can injure them.

Depending on the injuries, they can interfere with the nail’s pigmentation.

Clipping close to the nail beds could cause a dog’s nails to turn white.

If your dog’s nails turn whitish after trimming, it shouldn’t cause great alarm.

You should, however, be more careful when grooming your dog in the future.

Fungal infections such as yeast infections can cause the whitening of a dog’s nails.

Fungal infection is a likely cause of a dog’s nails becoming white if the surrounding skin is also affected.

In this case, you should visit a Vet and administer drugs before the infection spreads further.

Trauma refers to pain in a dog’s body that causes its nails to whiten.

Nail trauma is common among young dogs for, at this stage, they are very playful.

The nail can break or fracture in the course of the games.

The dog might lick the nails to soothe the pain, but the affected part may later turn white.

Be sure not to handle a dog with a nail trauma on your own, seek help from a vet!

Experts link the whitening of nails to bacterial infection when a nail is affected.

Bacteria within the environment can cause infection of the nail bed, which may cause an entire nail to turn white or have white spots on the nail.

Dog owners need to react promptly in case of fungal and bacterial infections.

These infections need to treated before they spread further and cause walking difficulties.

There are many causes of the whitening of a dog’s nails.

In any case, it communicates to the owner an underlined issue that needs attention.

When your dog’s nails start to whiten, you should schedule a visit to the veterinarian for a proper diagnosis of the cause to be done.

In most cases, a vet would advise you to give your dog a balanced diet and get him or her the nutrient supplements required for healthy nail development.