Is your male dog at it again, trying to mate with a female dog that is not in heat?

Do not be worried that your canine is not naughty, and he is just doing what all dogs do, called mounting.

Female dogs mature sexually from as early as six months.

Smaller breeds go into estrus, referred to as heat, from as early as four months of age, while for the bigger breeds, it can take up to even two years for them to mature sexually and come into heat.

Male dogs start to become sexually between 7 and 10 months.

Although, it varies from dog to dog.

Dog owners say they have never heard of female dogs allow to be mated when it is not in season. What they have listened to is the silent season. The dog would not show any noticeable signs of being in heat, and it would happen again after three months.

It occurs especially after giving birth. The dog would be in heat for only a week and if there is a male dog, around chances of them getting pregnant are high. However, male dogs have sex any chance they get.

Below is more about what other dog owners believe on whether a dog will tie if not in heat.

Can dogs be pregnant if not in season? 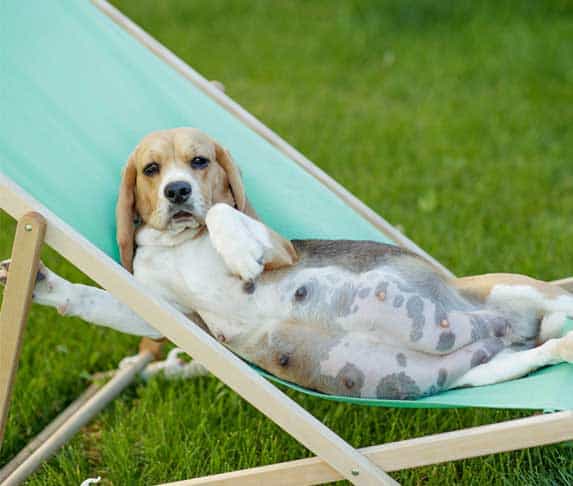 The reproductive cycle of a dog has four stages.

These stages represent their ability to breed, fertilize and give birth to puppies.

It is during ovulation of the dog that they can become pregnant. It is pretty hard to ascertain these cycles.

The cycles vary from dog to dog, and they can be somewhat irregular for every six to eight months.

Nevertheless, there have been cases of female dogs mating when their owner thought they were not in season.

She was wondering whether she was now pregnant.

An expert responded to her and told her that females sometimes go through regular seasons, but the season comes back after some time.

Additionally, female dogs can sometimes have synchronized seasons, so it may be possible that she was in season because the other dog was in season.

From researches done, female dogs only stand for male dogs when they are in season.

They flirt and encourage the male dogs to mate. During off-seasons, female dogs will be stern and aggressive and won’t entertain any male dogs.

Therefore, there are high chances that she is pregnant. She should visit the vet and have a mismate injection.

If the dog is made to wait for more than 25 days, its chances of getting side effects are very high.

What to watch out for to know when your dog is in season?

When your dog is ovulating, she will show different signs that will make you know they need to mate.

And if you do not have a male dog with you, it’s high time you get one for them.

If you are uncertain about your dog’s cycle, it is advisable to see a vet.

It is crucial to attend to your dog during her estrus cycle if you do not want to be surprised with a litter of puppies when she goes hanging out with male dogs.

How to take care of your dog during estrus? 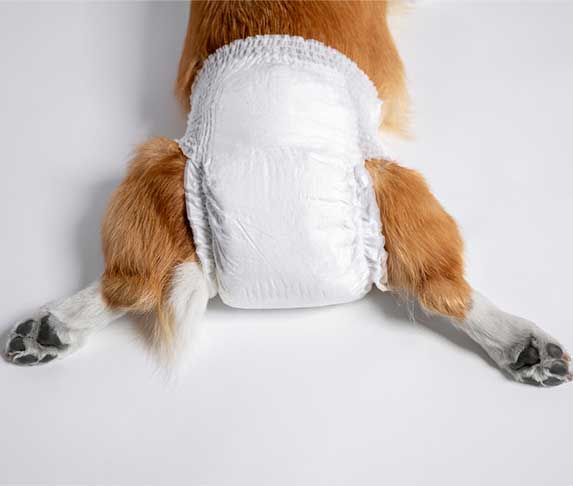 It is essential to take care of your dog with more attention during her heat season.

This is the most delicate time because of the change in mood and how sensitive their bodies become.

These are some of the ways.

Dogs will continuously clean themselves thoroughly as usual.

Do not discourage her from cleaning herself because she knows she is taking care of herself.

When washing her, be gentle with her, not hurt her, as her nipples and vulva are very sensitive to touch.

During this period, she may be more loving or temperamental than usual.

She may not want to leave your side at any particular moment, or she may need her space by staying in less frequented places in the house.

Respect their decision if you do not want them all agitated.

Her senses have become more sensitive, she is sexually active, and her body tells her it is time to mate.

She can tell where the nearest mate.

Ensure that your backyard is well fenced and that she cannot get out through the front door when you are maybe entering the house.

It is also normal to see stray dogs from around the neighborhood sniffing and urinating outside your compound.

Their estrus season can last for as long as three weeks and as short as five days.

You need to have learned their cycles to ascertain the right time for them to mate if you are looking for a litter of puppies and if you are not to keep her attended to at all times.

It is not normal for female dogs to stand for male dogs if they are not in season, and if they do, it is the silent season.

They will not show any signs of being in heat, so it becomes hard to know and keep them attended. You should see a vet immediately if this happens.

If you wait past 25 days, it may cause side effects to your canine.

Always keep your canine clean and treat them with patience since they are going through many sensitive changes both physically and emotionally.