If you’re not a dog person, the idea of a Belgian Malinois is probably terrifying.

With their sleek black coats and piercing amber eyes, these dogs are known for being extremely intelligent—and extremely aggressive.

Their reputation as attack dogs has earned them the nicknames “Malino” or “Belgian Shepherd,” but they’re actually affectionate and loyal pets when trained properly.

What most don’t know about these majestic canines, however, is why they’re so prone to biting: It all comes down to genetics!

So what exactly makes Belgium’s national dog such an aggressive biter? Let me break it down for you…

5 Reasons Why Belgian Malinois Bite So Much

Belgian Malinois has the following characteristics:

The Belgian Malinois is one of the most intelligent breeds in the world.

They are also known for having a high prey drive.

This means that they can be quite aggressive towards other dogs and small animals, even when they are not trained to be guard dogs.

In fact, many Belgian Malinois often enjoy playing with small animals like cats or rabbits.

However, they may take this too far and become aggressive if they think that their prey is trying to escape from them. 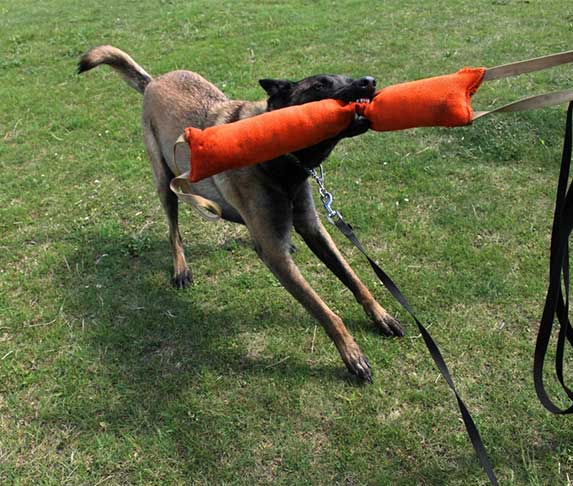 Belgian Malinois are very territorial dogs and will not hesitate to protect their territory from intruders.

This can make them aggressive towards strangers who come into your home or yard without permission from you or your family members.

Belgian Malinois who live in stressful environments may develop anxiety issues that lead to biting behavior as a way of coping with stress and anxiety-provoking situations.

Serval vs Caracal – Spot The Difference

All dogs have inherited genetics that influences their behavior and personality traits.

If your Belgian Malinois has parents who were aggressive or had behavioral issues such as biting, then it’s likely that he will have those same traits too.

The only way to avoid this is by finding a reputable breeder who has tested their dogs’ genetic makeup so they know which ones are more likely to be.

Not Enough Physical Activity Or Boredom

They need a lot of mental stimulation and physical activity in order to be happy and well-adjusted.

If they don’t get enough exercise, they can become bored and frustrated, which often leads to biting.

What Is Bite Inhibition? How Does It Work?

Bite inhibition is a natural instinct for dogs to prevent themselves from biting too hard.

This can be taught to puppies as young as four weeks old, and it’s an important part of puppy socialization.

In other words, if you have an aggressive dog who bites people all the time, then this means you’re not teaching them how hard they should bite or where they should bite things like their toys.

Belgian Malinois is a very intelligent and obedient breed, but they also have an instinctual need to bite.

If you’re thinking of getting one of these dogs as a pet, it’s important to know what kind of temperament they have and how you can best train them.