The active desire to hunt, chase, and sometimes kill other animals has been an inborn trait of dog breeds such as Terriers, Hounds, and the likes.

These dogs are so active that anything whizzing by cats, squirrels, or even flies, can trigger this instinct.

It is recommended that dogs who like to chase should be kept in a fenced area or leashed when outdoors to avoid a tough time controlling them.

Dogs with high prey drive tend to have driving instincts to hunt.

These dogs can chase anything from moving objects, to birds, critters, or leaves blowing in the wind!

They exhibit so much energy and are very intelligent.

Below is a list of 10 dog breeds with high prey drive, keep reading to know more about them. 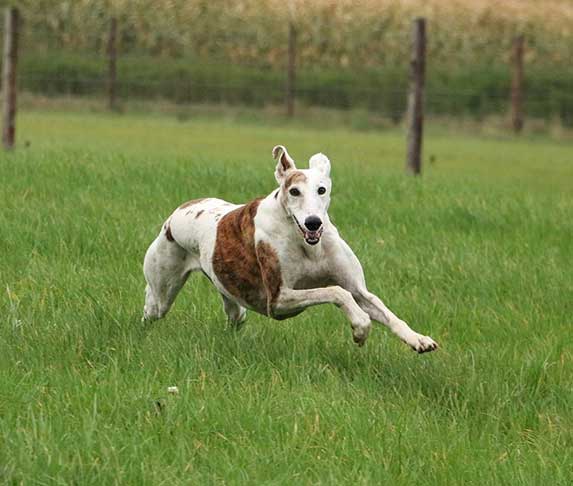 One of the most active sighthounds with high prey instincts is the mighty Greyhound.

Do not be deceived at home as this dog can be a very docile, lazy family dog.

But, outdoors like the Saluki breed, the Greyhound is capable of some pretty amazing speeds and can burst up to 45 miles per hour within 250 meters.

With the greyhound speeds it very impossible for small animals to outrun it making the dog a very swift hunter.

Unless your Greyhound wants you to catch it, you are not going to catch it.

Being a breed of the Sighthound, the Greyhound’s vision has evolved differently.

With better visuals that facilitate improved peripheral vision and a drive to chase fast-moving animals.

After all, they were bred to chase foxes, rabbits, and deer by early men hunters. 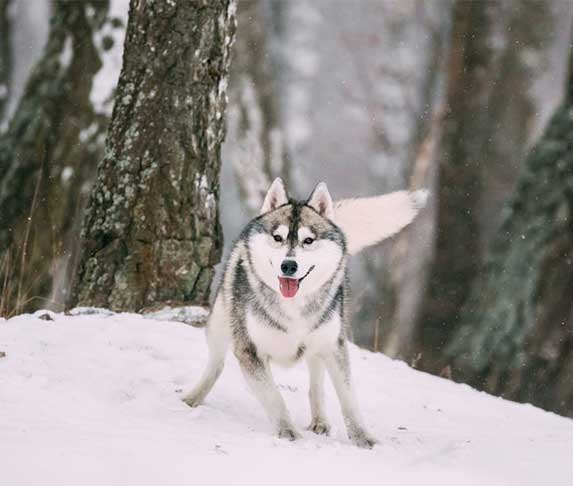 The Siberian husky was one of the earliest canine friends that hunted alongside early humans, and these dogs derive their prey drive from their primal hunting behavior.

Not only has its breed been mixed with certain breeds for hundreds, to even thousands of years, but the primal DNA of the now-extinct wolf-like canines dogs from which the Husky originated is also still present in the dog.

Many people know the Siberian to be a friendly, loving dog that can be very playful.

But at a moment’s notice, these dogs are likely to chase down and put down a small animal without a second thought. 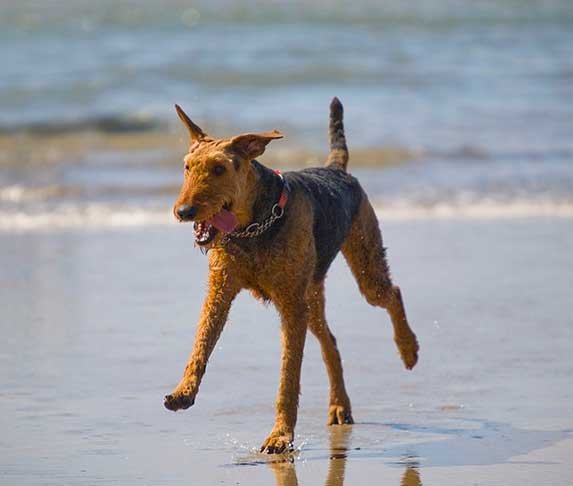 From the beginning, Airedales were naturally bred to hunt otters, and other fast animals giving them their high prey drive.

They are known for being the largest dogs in the terrier group, and with this majestic look, the dog is known for digging and flushing out squirrels and rabbits.

It’s highly recommended if you are a newbie dog owner, the Airedale should be far from your list of dogs as the high prey drive of this amazing hunting breeds cannot be stopped.

The Airedale can also be very aggressive to other dogs making it difficult to handle at times. 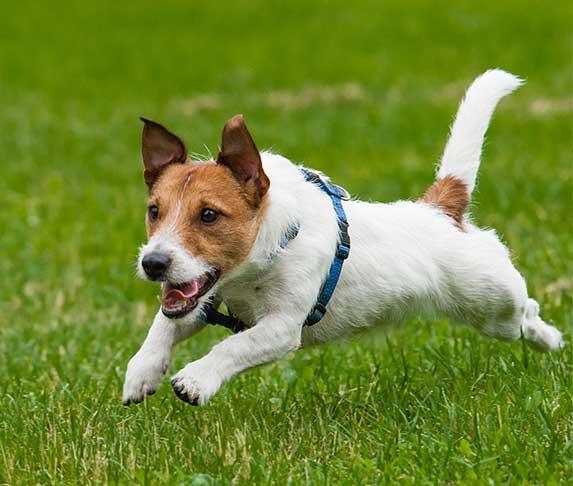 Bred and raised in England about 200 years ago to hunt foxes, the Jack Russell Terrier is a very active, lively, and playful little dog.

It’s also very charming and affectionate, but can be a handful to train and manage.

If you’re not experienced in training dogs then you should avoid this day.

Till today, Jack Russell Terrier is a skilled hunter with an insatiable prey drive and a fearless terrier fire.

This Terrier strong prey drive can be the cause of issues at home because in most circumstances they will often other pets like cats and other smaller animals as prey.

And this is one of the reasons why they were popular with English farmers who kept them around as excellent pest control. 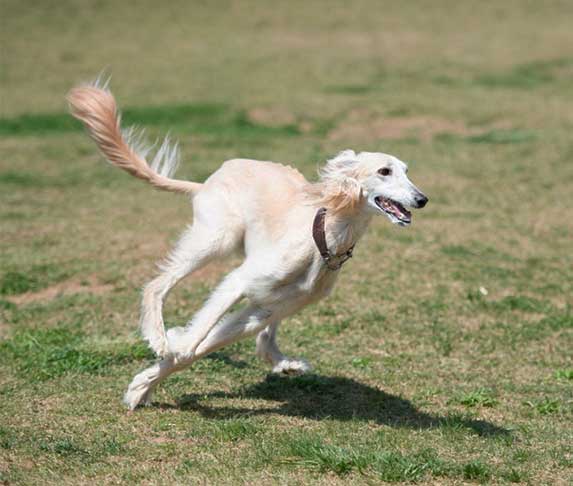 An ancient sighthound breed originating from the Middle East, with a very high prey drive.

The Saluki is an elegant breed that is still fairly uncommon, as they have very distinct personalities with unique needs.

The Saluki’s high prey drive prevents it from being a breed anyone can raise!

Similar to most sighthound breeds, these dog breeds will chase anything that moves, especially if it’s small and furry. 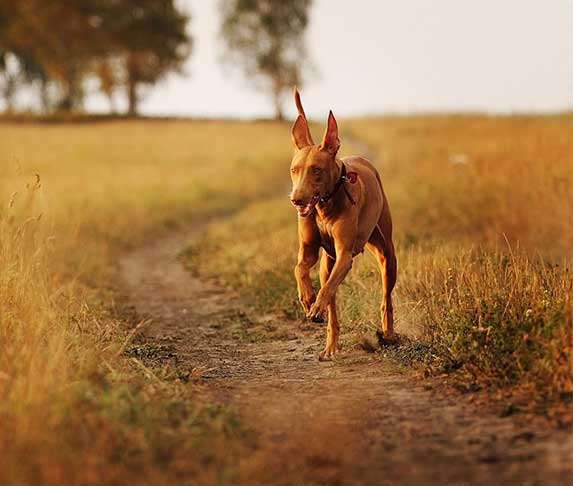 The Pharaoh hound is another dog breed that originated around 3000 BC.

These dog breeds were mainly used to hunt and chase small games.

But in recent times they are laid back dogs, and content to hang and play with their humans.

Although, its high prey drive and strong instinct to hunt remains as this dog will run after squirrels, rabbits, and other critters. 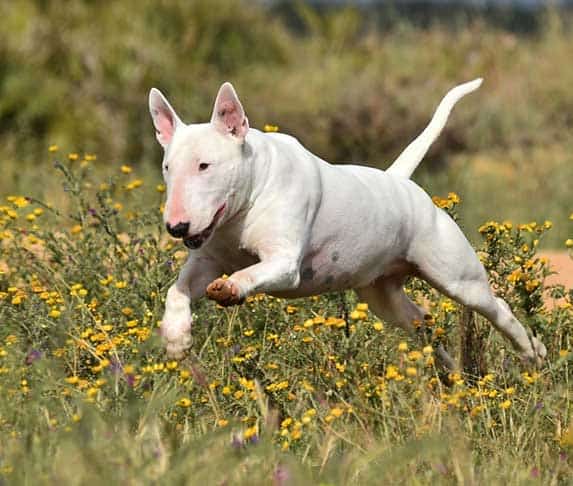 One of the dog breeds bred for pit fighting in the nineteenth century, the Bull Terrier prey drive has lowered considerably over centuries.

Today, it has become a lovable dog companion to humans, but it still has its streak of the fierceness and overly high prey drive where small animals are concerned.

The dog is sweet-natured and playful, but its prey instincts can make it difficult to handle. 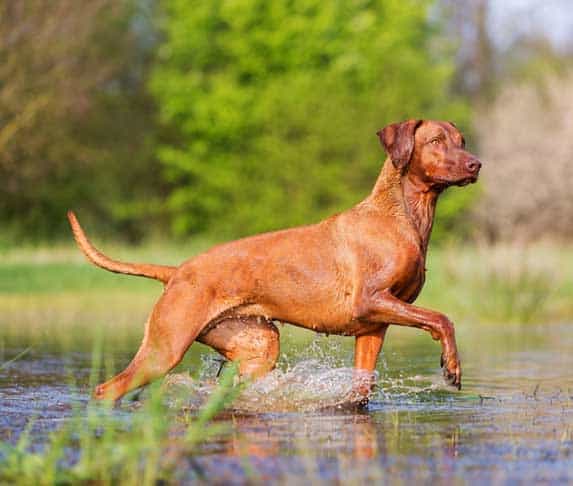 One of the few dog breeds raised in Africa, the Rhodesian Ridgeback is a semi-large dog native to southern Africa to hunt large game, including lions.

This dog breed was previously called the African Lion Hound.

If you have a cat at home then you might likely want to avoid this dog as it might pose much of a challenge for this tenacious hunter. 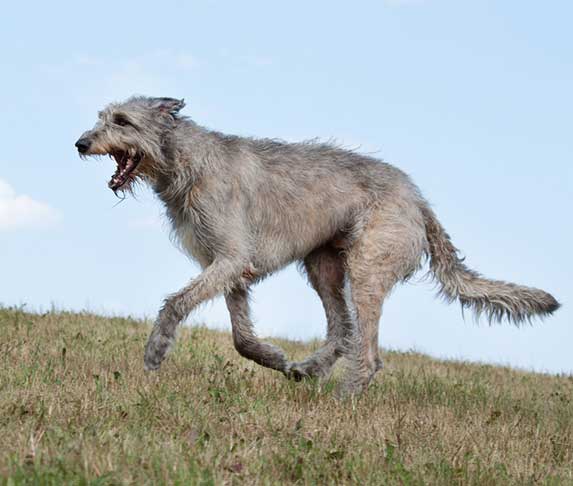 The tallest of all the sighthound breeds, the Irish Wolfhound is more of a lap dog and enjoys the company of humans.

The Wolfhound is another member of the sighthound family that has been bred for centuries and their strong prey drive is hard-wired into them. 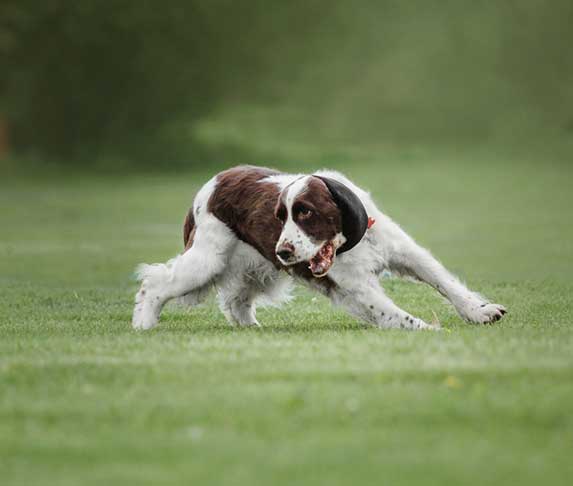 An efficient hunting machine that has been bred over generations, the English Springer Spaniel has a high prey drive, and will boldly crash through thick undergrowth to flush out and retrieve game for its owner.

This dog breed like most hunting breeds is very intelligent, able to follow commands, and very brave.

Experts say it’s highly unlikely to get rid of this high prey drive from a dog.

There are things that you can do to keep it under control.

And you should note that dogs with high prey drive will require more training than those with little prey drive.