Dalmatians are one of the most popular dog breeds in the world today.

They’re incredibly cute and so smart, plus they have black spots all over their white fur which just adds to their adorable factor.

However, despite how well-known Dalmatians are for being such great dogs, there’s still a lot of confusion surrounding them due to their reputation as aggressive animals.

While it’s true that they can be aggressive at times because of certain circumstances such as being around other dogs, it doesn’t mean they’re inherently violent beasts like some people seem to think!

In this article, I’ll explore the myths behind these friendly pups and why they really aren’t as aggressive as people make them out to be.

Dalmatians can be aggressive, but this is not a typical characteristic of the breed.

In fact, Dalmatians are known for being one of the most gentle dog breeds in existence.

Dalmatians have a reputation for being aggressive because they’ve been portrayed as such in films and television shows.

The truth is that these dogs are not aggressive by nature, but they do have an inclination toward hunting animals.

This instinctive behavior can make them dangerous to other pets and small children if it’s not controlled from an early age.

What are the Signs of Aggression?

There are several signs of aggression, including

What are the Causes of Aggression?

Dalmatian aggression can be caused by a number of factors:

If you have a puppy with aggressive tendencies in its lineage, these tendencies may become apparent in your dog as well.

The way you raise your dog plays a large role in determining how he behaves around other animals and humans.

A puppy raised in an abusive environment is more likely to develop fear-based aggression later on in life than one who has never been mistreated or neglected by his owner(s).

In other words, if you don’t treat your Dalmatian well from day one, then chances are good that he won’t trust people or other animals later on down the road either!

Dogs are omnivores with special nutritional needs; if their diet doesn’t include enough vitamins and minerals every day then they could develop behavioral problems like anxiety or depression instead!

Make sure yours gets plenty of fresh fruit/vegetables each month so he doesn’t become aggressive due to lack thereof nutrients. 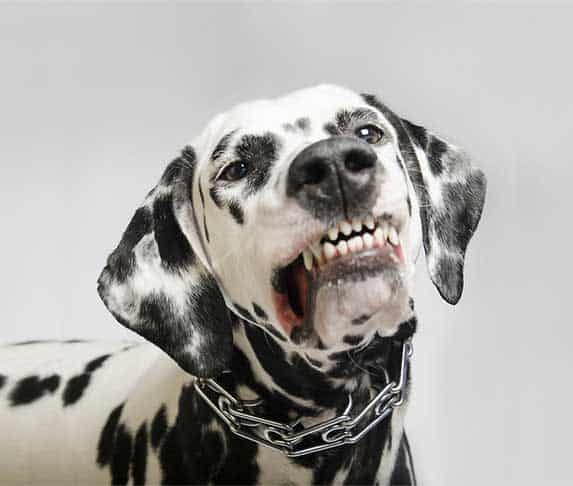 Dalmatians are not mean. In fact, they are loving and gentle dogs that can’t wait to be your new best friend.

They’re very loyal and protective of their family, which makes them great watch dogs!

However, if not properly trained or socialized early on, dalmatians can become aggressive towards other dogs and humans alike.

So make sure to spend lots of quality time with your new puppy so he or she knows how much you love him or her!

Training is the best way to reduce any dog’s aggression levels.

While some breeds are indeed more aggressive than others, that doesn’t mean you can’t train them out of their bad habits.

On average, Dalmatians aren’t particularly aggressive, and if properly taken care of, they can make great family pets.