Cats are mysterious, clever creatures with an innate sense of humor.

They make their own rules and don’t follow ours, so they’re always doing things we can’t understand!

But why do cats find themselves in these ridiculous situations?

What is it about their personalities that makes them such great comedians?

And what do they get out of being so funny?

Let’s look at some of the most hilarious things about cats—and see if we can’t figure out what makes them tick.

Reasons why cats are too funny :

Cats are sassy because they’re independent.

They don’t care what you think, and they don’t need your approval.

They can be very vocal about their disinterest when it comes to things you want to do with them.

If you tell a cat to stop on the way home from a walk, that cat is going to keep walking until he sees something he wants (i.e., food).

If you get in his way while he’s doing his own thing, he’ll let you know that that’s not okay—and then go right back doing whatever it was he was doing before you got in his way.

Cats are strange and mysterious. They have a lot of personalities, and they can be shy or outgoing.

They’re funny, sweet, and loving—and they can also be ferocious and aggressive.

Which makes them so much fun to watch! 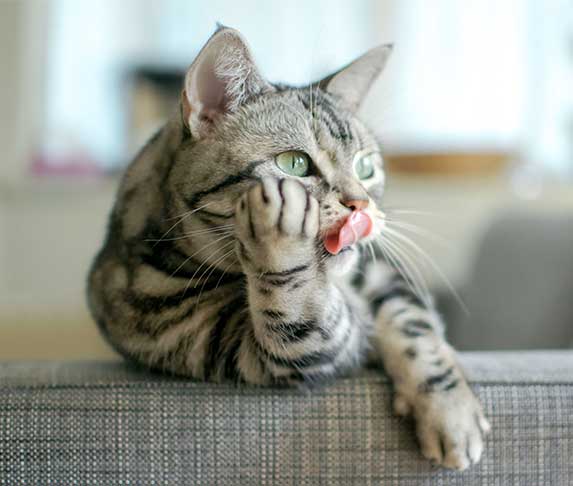 When you watch a cat and think “that’s so funny,” it might not be because they actually are funny.

In fact, most cats have no idea they are making you laugh in the first place! Cats aren’t trying to be funny, silly, or weird—they just are what they are.

They don’t know any better so they just go about their day doing whatever comes naturally to them without any regard for how strange it may seem to us, humans.

Cats like to hide in the craziest of places

You can never predict where a cat will hide. They’ll be under your couch, in the bathroom sink, and in the closet.

Cats love to hide, so it would make sense that they’d choose some of the craziest places to do so.

Cats like hiding under things because they feel safe and protected there.

Your cat may feel safer under your bed than on top of it!

Cats are funny because they pull weird faces

Cats are funny because they can be silly when they want to be.

They also know that they’ve done something funny, which makes them even more entertaining.

The best part about this is that cats don’t need a reason to be funny—they just do it for the sake of being funny!

Cats are mysterious creatures who have their own rules and codes of conduct.

We may not always understand them but one thing’s for sure: our feline friends will never cease to amaze us with their random antics and hilarious moments!

In the end, there’s no real reason for why cats do what they do.

They’re just funny little creatures who have their own agenda and don’t understand what it takes to be “normal.”

Their antics are often hilarious, but we love them anyway!