As any dog owner should be well used to by now, any time you open a sweet treat for yourself, you’re more than likely to see a wagging tail and pouty eyes, begging for you to share.

One should never like to disappoint their dog, but we all also know there are a couple of foods you should never feed your pet.

Everyone knows about the dangers of chocolate, but what about other types of candy?

A popular candy for those on a diet, jolly ranchers are those small, flavorful snacks that are quick to eat.

But are they ok for dogs?

In short, yes, a small number of jolly ranchers are ok for your dog’s consumption, but not only does it vary between each dog, but there are also plenty of safer alternatives if you’re looking to give your pet a sweet treat.

Understanding just how much of a jolly rancher your dog should eat, as long as what better alternatives there are out there, could save you a trip to the vet, and your dog a whole world of pain.

What Makes Candy Dangerous For Dogs? 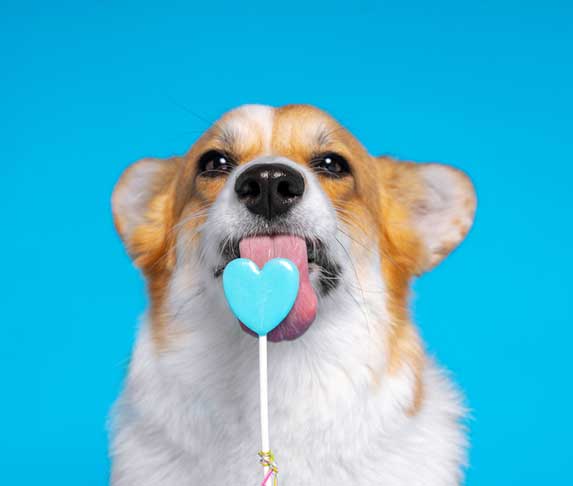 As hearty as they may seem at times, dogs are still a different species.

And how their stomachs work and what they are able to consume are very different from our own.

Many of the ingredients in the candy we eat on a daily basis aren’t necessarily “good” for us either.

But due to our size and internal chemistry, we’re able to process them so not much harm is done to us.

The same ingredients in a dog’s diet, however, could ruin them internally as their smaller bodies don’t have the capability to process them.

One of the most common ingredients to watch out for if feeding your dog candy is the sugar substitute xylitol.

This ingredient is most often found in sugar-free or reduced-sugar food, although it’s far less healthy than some may preach it to be.

Xylitol is absorbed very quickly into a dog’s bloodstream, causing them to then release much more insulin than needed, or even naturally.

This puts your dog into a state of low blood sugar, otherwise known as hypoglycemia, which could very easily result in death.

Why Is My Dog Breathing Heavy? (At Night, While Sleeping, After Throwing Up)

What About Jolly Ranchers?

Jolly ranchers, in all of their sugary goodness, do not contain xylitol or any other ingredient like it.

Meaning that it’s at least safer for your dog than other candies.

This, however, does not mean that you should let your dog chow down on an entire bag of this candy.

Sugar in general is not the best thing to be feeding your dog, even on a non-regular basis.

But there are at least some guidelines to follow if you still wish to feed your dog this candy.

Keep in mind, however, numbers may vary based on the size and age of your dog.

The rule of thumb to follow when feeding your dog jolly ranchers (and several other candies) is that they should consume no more than ten grams.

A single jolly rancher is six grams, meaning that it’s very easy to portion them out.

Cutting one in half so they can have even more is the beginning of a dangerous game for both of you.

As your dog will only want more and you might end up giving it to them.

A single jolly rancher is ok for your dog every now and then, and it should be left at that.

What About Jolly Rancher Popsicles/Jelly Beans? 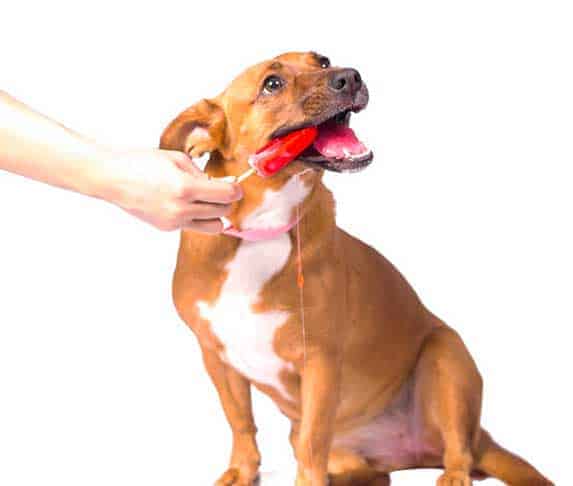 Jolly ranchers, being part of a large candy corporation, have many other types of candy and sweets under the jolly rancher brand.

One of them being popsicles, which could be another type of treat some dog owners wonder whether or not they could feed to their dogs.

The same goes for this food as it does for regular jolly ranchers.

As long as the popsicle does not contain xylitol, then it should largely be safe

Again, however, this shouldn’t be a regular treat due to the high amount of sugar that’s present.

Jolly rancher jelly beans are another variant of the highly popular candy brand and another possible sweet treat for dogs.

The balance here is the same, while this cany does not contain xylitol, it’s still pumped full of more than enough sugar than any dog truly needs.

Feeding a few of these to your dog won’t kill them, but this shouldn’t be made into a habit.

Doing so could lead to your pet becoming overweight and developing diabetes.

Or several other health issues that could put your dog in pain.

What Are Some Safer Alternatives?

As stated before, a jolly rancher every now and then won’t be deadly for your dog.

But responsible owners should recognize this and put their effort into finding safer recipes that your pet will not only be able to eat on a regular basis but enjoy much more.

If trying to find something you might already have, peanut butter or yogurt are great candy alternatives for your pet that might even give them a nice dose of protein.

There are also several candies for dogs already on the market that take no more than a quick Google search to find.

If interested in making them yourselves, there are plenty of recipes for dog-safe popsicles for you to make.

All so that you can mix and experiment and see what your dog likes best.

Any of these options will not only ensure your dog feels included in snack time but that they’re being healthy while doing it.

No dog owner should want to see their dog in pain or discomfort, but sometimes it can be the hardest thing in the world to say no to their pouty eyes.

As responsible owners, however, it’s our job to make sure they’re healthy, can be cared for, and only eat what’s best for them.

Jolly ranchers and other candy might be a sweet treat every now and then, but there are plenty of better and safer options for you to choose from.