Watching two different species of animals co-exist, even love one another, is an amazing sight to behold.

As it might even remind us of our own relationships with our pets.

When some relationships get a little too friendly, however, it might be hard to tell when it’s time for us to step in.

When it comes to a dog taking care of another species entirely, however, like a cat, for example, we might even see instances of the dog nursing the kitten.

This calls into question whether or not this is healthy for either of them.

In short, no, in a controlled situation, a dog nursing a kitten won’t be harmful to either as long as certain conditions are met. Knowing those conditions is extremely important if one wishes to avoid endangering the health of their dog or their kittens.

It’s also beneficial to learn the differences between the behavior of puppies and kittens and how their dog’s maternal instincts might cause them to perceive another species’ child. 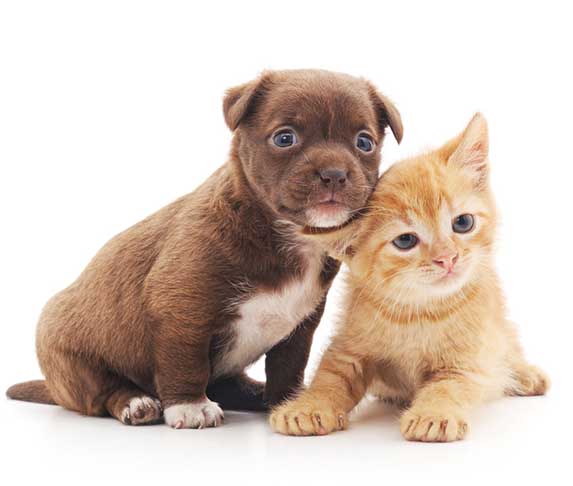 But just as human babies all have behaviors and traits that make them alike, so do these two infants.

Dogs have been raised and bred to be far more social, it’s a natural trait in most of them, even as puppies.

They’ll form a pack with their brothers and sisters with their mom as the alpha (or perhaps, even you) and become used to eating and sleeping together.

This is all normal behavior that a canine mother would be more or less ready for.

Cats, on the other hand, don’t have the innate social nature that dogs have, a trait also found while they’re still kittens.

The only close relationship kittens learn to form is with their mother, and eventually you.

However this relationship only goes as far as a provider for the kitten, and it won’t go out of its way to please you or its mother.

Puppies also enjoy a full night’s rest, with playtime reserved for the day.

Cats are much more nocturnal animals, meaning that a mother dog might not understand how to best take care of the kitten during then.

Can Dogs Sit In The Front Passenger Seat? + 4 Reasons Why Not

What Is A Dog’s Maternal Instinct?

Animal parents are able to impart knowledge to their young.

Although that’s usually once they’re much older and able to actually learn.

By then, there’s hardly ever a chance for a mother to then teach their young how to raise a child.

Knowing that it’s understandable for one to wonder how female dogs are able to be so knowledgeable in raising their pups without ever really having learned it.

Most of it boils down to genetics.

The same way human babies aren’t taught to laugh but simply know how to think through genetic memory, dogs know how to raise pups.

The other contributor to a dog’s maternal instincts is the secretion of hormones prior to the actual birth.

There are two in particular that give a mother dog its first instincts on how to care for its children.

The first is oxytocin, which is the reason mother dogs feel the need to nurse their children or wrap themselves around them to keep them safe.

The other hormone is prolactin, which both aids in the production of milk, but also creates that protective nature found in mothers.

However, this need is not directly linked to the puppies themselves.

Meaning that a mother dog could potentially see another animal as their own personal child, due to the hormones.

Positives Of A Dog Nursing Kittens 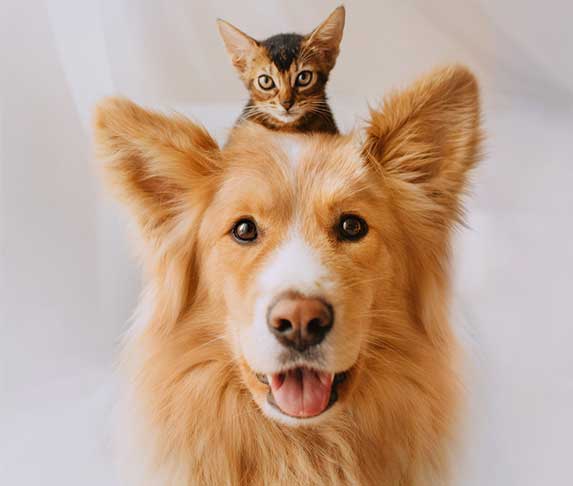 The largest positive to be found in the relationship is that it facilitates a bond between two creatures who might sorely need it.

If kittens were removed from their mother, a dog could fill in as a surrogate one.

Providing that much-needed bond between child and mother found across species.

This might also fulfill the role a dog might need a mother, in case something had happened to its puppies or not.

Of course, there are also several problems an owner will need to watch out for in this situation that will be discussed later.

In terms of actual nursing, this is more up in the air whether or not it’s harmful to either party and is highly situational.

If the dog is not spayed, it should first be made sure they are not pregnant to avoid any potential health risks to the dog or the kitten.

Also, as long as the dog’s milk is not the sole source of the cat’s diet, then it should be fine.

Cats require a unique nutrient when young that is simply not found in the milk produced by a dog.

If these conditions are met, and neither animal appears to be uncomfortable, then there should be no harm done.

Negatives Of A Dog Nursing Kittens

In any case, this relationship should not be enforced at all.

Dogs can be unpredictable when it comes to whether or not they’ll nurse the young.

And if the pairing is forced to continue by a bad owner, it might result in the kitten getting harmed.

The cat might also end up injuring the dog.

Specifically, while nursing, which won’t be good for either of the pair.

In these scenarios, it might be best to wrap something around the dog’s belly to prevent the kitten from nursing on it.

A kitten should also be fed a specific formula for cats or be fed something else alongside the dog’s milk so that it can get all of the nutrients it needs.

This is especially true during the first few weeks of the kitten’s life.

As stated before, if the dog is producing milk and the owner is unsure if they are pregnant, this could be an indicator of pregnancy or other health issues and should be treated by a medical professional.

In any case, there’s no harm in consulting a vet on what to do if one finds themselves in this scenario.

The health of the kitten and the dog should always be prioritized.

And if they need to be separated for their own safety, then the owner should do it.

If there are no causes for concern, however, then there should be no harm in letting a beautiful relationship such as this blossom.