Laser pointers look like a good stimulating game and seem like the perfect way to keep your dog fit.

You have most certainly come across many videos of dogs chasing laser pointers on the internet.

Unfortunately, laser pointers are among the most dangerous toys to play with your dog. Laser pointers because more harm than good to dogs with herding or obsessive or hunting instincts.

This means it is neither safe nor advisable to let your dog play with lasers for the main reason that it is dangerous and could potentially harm your dog.

We have listed some of the reasons why laser pointers are not the way to go and other games that are more productive and enjoyable for your dog.

What Are The Effects Of Laser Pointers?

Apart from being dangerous and potentially harmful for your dog, the laser pointers have more damage to your dog, as explained below: 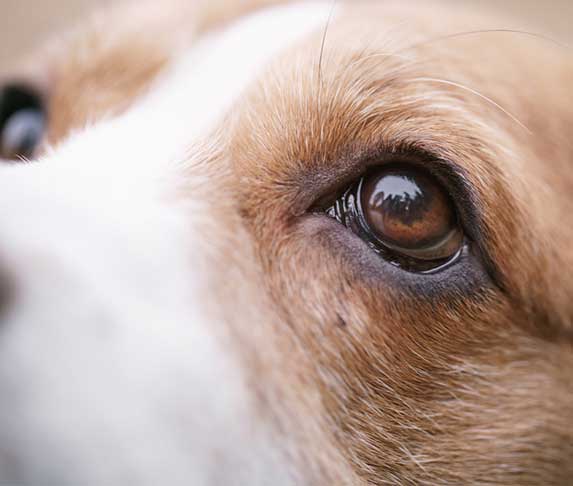 According to experts, you should not point laser pointers at other peoples’ eyes since they may cause eye damage.

This rule still applies to your dog. The laser beam is very concentrated and could easily harm your dog’s vision as much as disorienting them.

Dogs have more rods in their eyes. Rods are receptors sensitive to light and dark.

Hence, dogs can see better in the dark compared to humans.

Having more receptor rods means they see the light better, therefore the sensitivity.

While playing, the dog runs fast and consecutively, the chances of shining the pointer on their eyes are very high. It may cause permanent damage to their eyes or even loss of eyesight.

Playing with laser pointers is also risky because the dog running faster may cause him to knock down tables, chairs, TVs, glasses, or anything that touches the laser.

Additionally, it may cause harm or injuries to the dog and, if at all there are any children around, they may be hurt too.

Why Do Dogs Bury Their Nose When They Sleep? (7 Possible Reasons)

2. Causes psychological harm to your dog

Every dog enjoys chasing things, be it birds, balls, or a frisbee.

Chasing games are exciting, stimulating, and good exercise for your dog.

Chasing also helps boost your dog’s self-confidence and ego because both of you are extremely happy when they caught and retrieve the ball.

Dogs with natural traits such as hunting, herding, and tracking are sensitive to the obsession with light.

Playing with laser beams stimulates these traits from years of breeding.

Nevertheless, unlike a squeaky toy or a ball, the dog will never be able to catch the laser pointer.

Hence, they know they are not worthy of receiving a treat.

Therefore, they will make it their goal to see it because their reward comes after seeing the beam.

It is unhealthy for your dog’s psychological well-being because it does not get closure by achieving its goal.

The dog gets frustrated and confused because they cannot catch it.

It eventually leads to issues such as obsessive-compulsive behavior that impacts their quality of life severely.

Also, it is crucial to know that when dogs get no rewards or prizes after being vigilant will make them loopy.

They become disturbed psychologically when they cannot find what they are supposed to find.

It makes them anxious and very frustrated. It is the last thing you would wish for your best friend.

The dog may start attacking the last place they saw the beam, the walls, floors, or furniture, with the intention and determination of catching the beam despite there being nothing.

This is because they do not understand the concept of laser beams and where the prey went.

Unlike when they play with a ball, they know their owner will throw the ball, they will run after it, and after catching it, they will bring it back.

When playing with the laser beam, they do not comprehend that the laser pointer remains with the owner and that the beam is not physical; hence, they cannot catch it.

The obsessiveness changes the neurology of their minds, and they start chasing anything that moves, such as:

The relentless alertness of something that looks like the laser beam leads to neurotic and obsessive behavior.

It is hard to reverse anything that gets switched in the brain, and it becomes continuous.

Dogs may go to the extent of harming not only your possessions but also themselves in their desire to attack the prey. 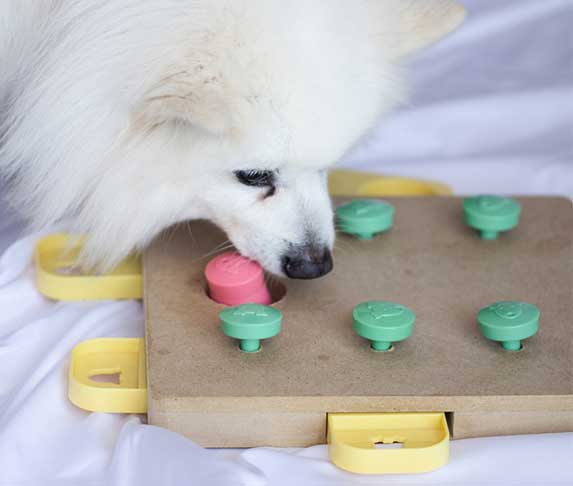 Stop using artificial stimulation by playing with a toy made for people as an outlet for entertainment and exercise for your dog.

There are other constructive games you can use to entertain your dog for natural stimulation and relaxation.

they stimulate the mind and body of your dog.

they stimulate their prey drive.

helps them exercise and makes them worn out after the game, keeping them fit.

The only time you can use a laser pointer is when leading your dog to a treat.

Therefore, the reward is the treat and not the laser beam.

You must be very careful not to point the beam in their eyes. It is simply not worth the risk.

Since in some dogs, it immediately triggers obsession.

Playing and engaging with your pet in such games helps build your relationship and keeps them from having bad behavior or conditions.

Laser pointers may sound and seem fun to keep your dog active and entertained, but more damage will be done.

Protect your dog by doing other activities such as taking walks, working out puzzles, playing fetch games, and taking them through training sessions.

These activities ensure both you and your dog are happy and healthy.

Do not forget that no toys could substitute the quality time that should be spent with your dog.

Spend time with them on a one-on-one level basis to build a strong relationship with them.