Walking face-first into a glass door can be an embarrassing moment shared by both dogs and their owners.

Most of the time, it can be a harmless mistake.

But other times, some serious harm can be done to a dog’s nose.

Some dogs may also like to wait by the window all day to bathe in the sun.

But have you ever stopped to wonder if dogs can actually see what’s going on outside beside the light?

Frosted or tinted glass is good for privacy and health.

But will your dog still be able to enjoy the scenery outside?

Whether it’s tinted or clear, yes, a dog is still able to see what’s going outside through a window. Frosted windows, however, are too hazy for a dog to see through.

Learning about how the eyes of dog work and the potential benefits of having tinted windows either in your car or your home can help you make your dog’s life a little more comfortable and safer.

How Do Dogs Eyes Work? 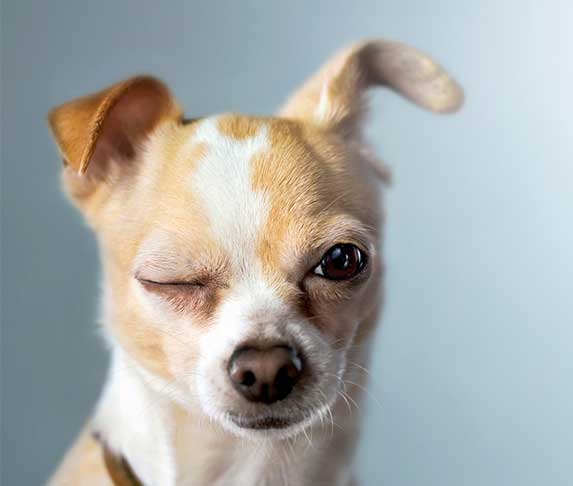 In terms of its components, a dog’s eye is actually quite similar to a human’s, however, they do not function the same.

Humans evolved to have sight as their primary way of viewing the world.

Our nose can only pick up so many scents and our ears don’t have the best range of hearing.

Dogs, on the other hand, evolved to value many of their other sense oversight.

Their noses, in particular, are their primary way of taking in information.

A tool that has become quite valuable to people, along with their sense of hearing.

A dog’s eye, while not as capable as a human’s, is still functional to the degree that they’re not blind.

In our own terms, dogs could be classified as being near-sighted, having 20-75 vision, and aren’t able to see objects far away from all that clearly.

Contrary to popular belief, dogs do not see in black and white either.

They can see in color, but their range is much lower than our own and has a vision similar to a person with red-green color blindness.

Their eyes are by far one of their weakest senses, but they’ve made up for their incredible abilities concerning their scent and hearing capabilities.

How Do Dogs See Windows?

A dog’s interaction with a window or glass largely depends on their past interactions with one.

A dog who’s been raised around them has a greater chance of detecting one.

After spending some time being around one, a dog will eventually learn that there is an object there blocking them from going outside.

And will learn that it needs to be opened before they can go.

Just as a human can sometimes mistake a glass door for an open one, so can dogs.

Leading them to rush into one at full-speed, possibly leading to an injury.

A dog won’t necessarily “see” a window unless it’s dirty or been smudged in some way, but can still recognize its presence over time.

They can even see clearly enough out of one to recognize people passing by, as many dog owners are surely aware of.

Letting a pet sit by one might provide minimal mental stimulation over simply staring at a wall for hours at a time.

Some dogs even enjoy just bathing in the sun provided by one.

As will be addressed later, windows can also prove hazardous to dogs in some situations.

However, this can be avoided by modifying them. 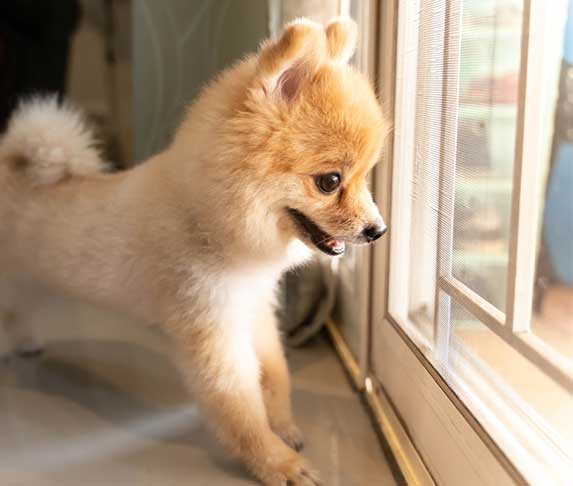 Frosted windows are usually made via sandblasting a glass pane and blurring out images from either side, while still allowing plenty of light to come through.

Just as a human can’t, dogs are also unable to see out of this type of glass.

This can still provide them some benefits, however, mostly through the light.

Dogs will still be able to lay down by these windows and bathe in the light or soak up some heat.

This also eliminates the issue of a dog mistakenly running face-first in the glass and possibly injuring itself.

Since it’s apparent enough that there’s an object there.

Tinted windows, on the other hand, are still able to be seen through by dogs.

But provide many more benefits to regular windows, as will be discussed later.

Even though they’re darker, enough light is still able to let in so that a dog can see through.

Although their vision will be slightly more obscured than usual.

The only downside to having tinted windows, besides keeping a dog away during their installation, will be that less heat will be let inside, not allowing for a pet to sunbathe indoors.

However, the positives far outweigh that.

In a car or in a home, tinted windows are not only useful purchases for an owner but for their dog as well.

For pets who like to sit by the window during the day, a tinted window reduces the amount of UV light that passes through.

Which also reduces the chances of a dog developing some form of skin cancer.

The reduction in heat might also be an overall positive for the dog as well (although they might not know it).

In the way that it helps to keep the house cooler in the summer.

This shouldn’t be mistaken for a reason to leave your dog alone in the car.

However, as that is still dangerous.

Frosted glass can also obscure a dog’s vision to the outside, which can help both the dog and the owner.

By constantly seeing people or other pets and animals passing by, some dogs can get stressed out and feel the need to constantly bark, due to their agitation.

Frosted glass makes it so that a dog won’t be able to see out their window.

Reducing the need to feel anxious, but still enjoying some of the benefits of a window.

Windows can provide a passive activity for dogs to enjoy.

Allowing them to watch the wonders of the outdoors or to peacefully bask in the warmth.

But they do not come without their problems.

For any number of reasons, investing in either tinted or frosted glass can provide a safer and more comfortable experience for your pets.