Dogs are funny creatures and can oftentimes make us laugh.

Some dogs even enjoy getting a rise out of their owners.

However, as much as any person knows, there is laughing with somebody, and then there’s laughing at somebody.

The former can be a fun and enjoyable time.

While the latter usually leaves someone feeling hurt.

When caught up in the excitement, however, it can be quickly forgotten that our dogs, too, have emotions like us.

This then begs the question of whether or not our dogs know when we’re mocking them.

In short, yes, our dogs can tell when we’re laughing at them versus if we’re laughing with them. No dog owner should want to make their beloved pet feel hurt, feelings, or otherwise.

So it’s important to take the time to understand how dog’s emotions work, and what human behavior we have that’s normal to us, but annoying to our pets.

Can Dogs Sense Our Emotions? 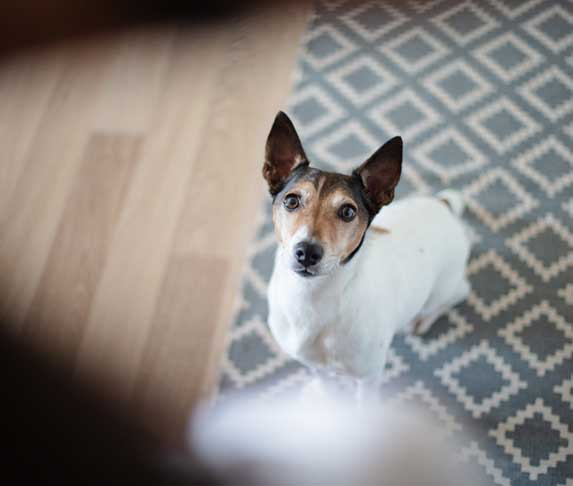 Almost every dog owner has wondered how well their pet understands them.

Whether or not they can tell what we’re thinking.

Over the thousands of years our species have lived together, dogs have evolved to read our emotions with both their eyes and ears.

In order to better communicate with us and have stronger relationships.

These animals, unlike others, are able to hear the differences between crying and laughing.

And even read our facial expressions to tell what we’re feeling.

Smiling will most often mean happiness while a glare will mean anger.

Emotions can be more complicated than what we usually give them credit for.

Especially in ones that are combinations of multiple feelings, like greed or pride.

Dogs, however, don’t have the mental capacity to understand those emotions or necessarily feel them themselves.

While dogs may exhibit those emotions on occasion, like jealousy, they’re not quite able to comprehend why or how they feel that way.

So while their emotional complexity is not quite on our level, dogs are still far better at reading emotions than other animals.

Can Dogs Tell When We Mock Them?

Knowing that dogs are capable of picking up on subtle affectations in voices, we also know that they can tell when they’re being mocked or played with.

Whether it be dressing them up in a silly costume or faking when we’re throwing a ball, dogs are eventually able to pick up on when they’re being made the center of attention.

Some dogs will enjoy the spotlight and not feel too chuffed at the excitement around them.

But others who already tend to be shy might feel embarrassed.

Or at least the closest a dog could come to feel that.

When it’s just laughing, a dog is able to pick up more negative tones in one’s voice.

They are able to see if a laugh is light-hearted and playful or meant to degrade them.

Other times, such as during playtime, dogs might fall for a trick a few times but will eventually see that their owner is messing with them.

As stated before, some dogs might enjoy this if it’s all in good fun.

But since they’re particularly good at sensing people’s emotions, dogs will be able to tell if it’s mean-spirited trickery and their mood can indeed get spoiled.

What Else Do We Do That Annoys Our Dogs? 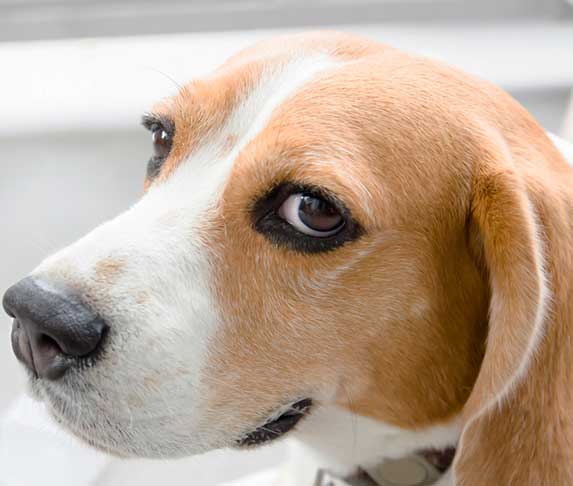 Keeping one’s dog happy and healthy is the most important job of any dog owner and one that should not be taken lightly.

However, it can be quite difficult at times due to the normalities of our species that don’t always align with our pets.

Behaviors that we might have that are completely normal to us can actually be quite annoying to our dogs.

Learning what they are to avoid an angry or tense dog can go a long way in forging a stronger and healthier relationship.

Chief among those is staring, while doing it for just a few seconds isn’t too bad, doing it for too long can seem like a challenge to some canines.

Yelling is another main concern for dogs that shouldn’t be done around them too often, even in a light-hearted way.

While dogs are able to pick up affections in voices to tell their emotions, yelling can still come off as aggressive and can cause anxiety in some pets.

Just like some people, dogs can be anti-social, or just not want much to do with others of their kind.

An owner should never push or force a dog to spend time with another pet if they clearly don’t want to, as that can lead to a number of misfortunes.

Why You Shouldn’t Tease Your Dog?

No one likes to be laughed at or teased with, embarrassment can often be a terrible feeling for both humans and dogs.

People can tend to get full of themselves and might even think less of their pets because of it, and see no reason or harm in consistently teasing your dog.

Whether they believe it or not, there can be some detrimental effects to this.

One of the largest can be your dog losing trust in you as an owner, and having those issues last throughout its life.

Just as some people can get aggressive or ticked off when they’re annoyed, so can dogs.

Which can then lead to aggressive behavior from them.

An owner most likely wouldn’t let a small child constantly pull on their dog’s ear or tail.

As they know that their dog could get defensive and even attack the child.

The same goes for teasing your dog during playtime or mocking and laughing at them consistently.

As it all makes the dog feel embarrassed and alone.

We all like to have fun with our pets.

Seeing them happy can be one of the greatest joys in the world.

But it can be easy to forget that we can’t always explain our actions to our dogs like we can with our friends.

Teasing our dog in a light-hearted manner every once in a while is OK.

But if it becomes consistent or clearly mean-spirited, we run the risk of losing our dog’s trust and hurting that precious relationship.