Ever since I was a child, I’ve always been fascinated by animals and their ability to express themselves.

It’s almost as if they have an inner monologue of sorts that we can’t hear as humans.

But what about our furry friends?

Do dogs have inner monologues as we do?

The ability to think and have thoughts is a matter that many see to be a preserve of us human beings. However, numerous studies have gone to show that dogs are conscious beings and can be able to think at least to some extent.

They have some decent degree of ability to “hold” an inner monologue or inner speech.

Now, I know this cannot be easily visible just by looking at your dog at face value.

I’m pretty sure that there have been countless instances where you have found yourself looking at your dog and you felt like they are in deep thought.

Their facial expressions are one way that you can use to read this.

Another way may be through their responses towards the instructions that you give them and how they carry them out.

Do Dogs Really Have Thoughts? 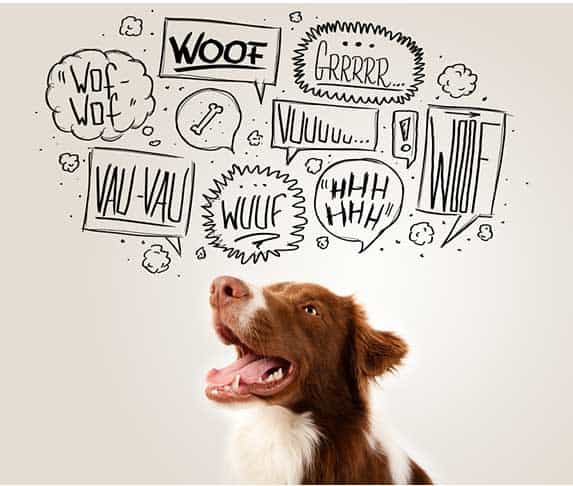 Just like in humans, dogs possess the features that are necessary for speech.

However, the fact that dogs cannot be able to talk the way humans do has greatly contributed to the notion that dogs are incapable of having thoughts.

Consequently, people, therefore, concluded that dogs lack the ability to also have an inner monologue.

Well, renowned researchers and philosophers such as Charles Darwin have the opinion that indeed, dogs could have the ability to have an inner monologue.

However, he admitted that it would not be at the same level as human beings.

What do People Say?

Most people believe that dogs are conscious beings that to some extent are aware of their surroundings and what goes around in their environment.

They admit that it may be a bit challenging to read what goes on inside the head of your dog.

This is because of their limitations in communicating.

However, just like ourselves, most people believe that dogs possess a “just enough” ability to hold an inner monologue and have an inner speech.

What Evidence Confirm that a Dog has an Inner Monologue? 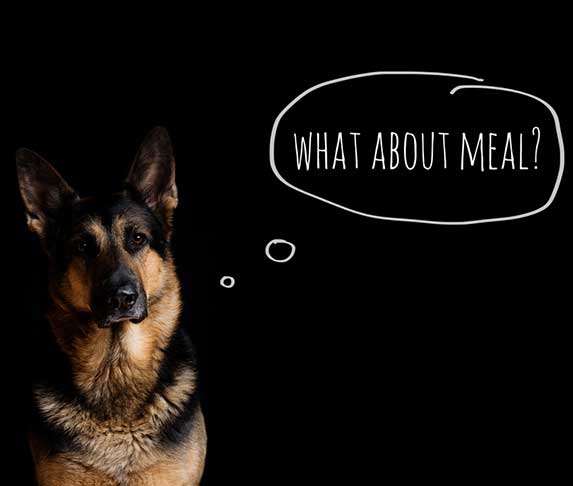 Dogs have been proven to be able to do many things, but can they think?

The answer is yes.

Research has shown that dogs are capable of learning and understanding language-based commands as well as being able to make connections between objects or events in the present and past.

This means that while a dog may not understand what it’s saying when you tell him “sit,” he will know what sitting down entails because he’s seen humans do so before.

We have personally encountered a lot of situations that prove that dogs indeed do have an inner monologue within themselves.

Before we share a brief personal story, we would like you to think of how many times you have had stories about how a dog helped to save the life of someone.

Those types of stories have been told so many times that some of us may consider them cliché’s-stories that are exaggerated and add nothing to a discussion.

Others may ask just what is the relationship between helping people and the ability to have an inner monologue.

The answer is simple.

These stories would be non-existent if dogs lacked the ability to hold an inner monologue.

Why do we say so?

For a dog to have the ability to carefully and rapidly assess a dangerous situation and act or seek assistance, it must be able to have its own thought process with a monologue.

Now to a short story! I once found myself on the verge of death.

It was a typical day just like any other and I was having a normal afternoon swimming session.

While taking a dive into the pool I suddenly slipped and hit my head on the side of the pool wall.

I could literally feel consciousness slowly drain out of my body but was unable to move. Just as I was beginning to drown, I heard the barking sounds of my dog from afar.

The “pup” came and stood still by the edge of the pool and stared blankly at me for a few seconds.

After what seemed like a “thorough” thought session he ran away barking relentlessly near my neighbor’s compound until someone came out to help me out.

There was no one at my house so by doing that, my dog had come to my rescue!

Cliché or not, this is one of the best evidence scenarios that I have encountered that prove that dogs do have an inner monologue and some level of thought patterns.

Just What Is Your Dog Thinking About?

Scientific research shows that the mind of a dog is considered equivalent to that of a 2-year-old human being.

With all the intelligence our dogs seem to have, it pales in comparison when put side by side with ours.

One of the best ways that people use to “read” what their dogs are thinking about is by observing their emotions.

A sad face may denote that they are having sad thoughts in their heads.

The same goes for a guilty face! These go a long way into letting you see just what is going on in those little heads of theirs.

Do you think dogs have inner monologues?

We’ve shown through research that they are capable of understanding language-based commands.

They can also rescue people from dangerous situations, showing their ability to figure out a problem and find solutions.

And on top of all this evidence, we know that they show emotion with facial expressions which is another indication that there may be more going on in their minds than just barking at the mailman.

What do you think about a dog’s thoughts?