While Akitas are unique and majestic, they are also known as one of the most dangerous dogs in the world.

Although particular dogs have genes that contain aggressive traits, irresponsible owners are also a large factor in a dog’s temperament.

Originated from Japan in the 1600s, Akitas have become known for their loyalty and companionship.

They are large dogs and come in 2 separate varieties — a Japanese strain and an American strain.

Owning a large dog such as an Akita comes with its pros and cons.

If you are considering getting an Akita, read on to find out more about how dangerous they really are.

The Akita is large and powerful.

They have a large head and small triangular eyes.

Standing up to 28 inches and 130 pounds, these dogs are burly and heavy-boned.

Akitas also have a furry tail and a dense coat. 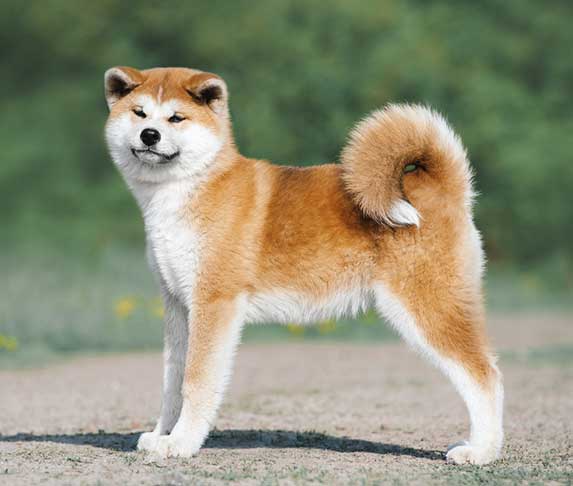 Akitas are naturally a confident, protective, and courageous breed.

This means that they may react aggressively when provoked, due to their protective personality.

As Akitas were used for herding and protection, they are popular among households due to their loyalty and adaptability.

If trained well, this breed can be loving and caring to its owners.

As mentioned, training and responsible owners contribute largely to an Akita’s personality.

This means that they can turn aggressive, hostile, and vicious if not trained well.

Why Are They Considered Dangerous?

If they are not properly trained and socialized at a young age, Akitas may pose a risk to safely towards others.

It is important to train them early to reduce the possibility of them hurting others.

One of the main reasons as to why they may be dangerous is due to the fear and stress of a particular situation, on top of not having adequate training and being neglected.

Due to their hunting instincts, this can also pose a greater risk of danger in certain situations.

Similar to pitbull bulldogs, Akitas have a “scissor-shaped” jaw.

This means that their bites can be powerful and cannot be opened unless the dog decides to do so.

According to the Centre for Disease Control and Prevention, the Akita is not a breed that is likely to attack humans.

However, if they do, their bites are likely to be more serious than others, due to their size and power.

While they are not prone to attack humans, you should be alert when they are near other animals.

Nevertheless, this breed is courageous and will protect its owners when needed.

They also do not bite their owners, unless badly trained. Their hunting instincts can be controlled through adequate training.

How to Deal with Out-Of-Control Australian Shepherd? (5 ways) 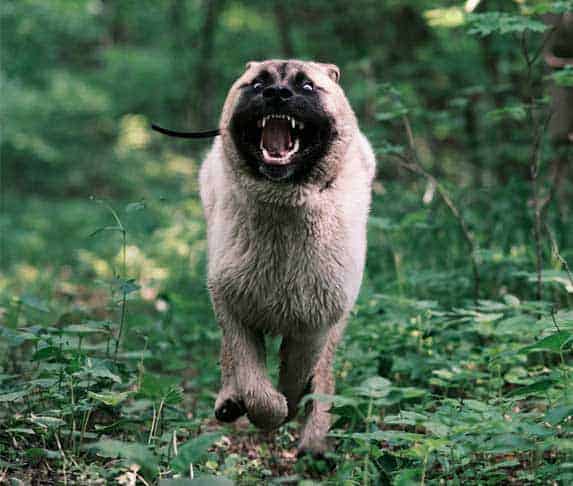 If you are attacked by an Akita, or any dog in general, there are some steps you should take.

While not everyone may feel the need to go to the doctor after being attacked by a dog, not seeking medical attention may result in dangerous side effects and other symptoms.

The most important step is to visit your regular doctor who will provide you with the essential treatment guidelines.

This is important as your doctor will be able to identify if your bite is infected.

During this step, you should give your doctor adequate information, including:

After this step, you should file a complaint with the police station for the Veterinary Services department to check if the dog has rabies or any other infection.

Akitas are known as one of the most challenging breeds to raise.

However, they are not always dangerous and can be a desirable pet if raised well.

All dogs can be aggressive and dangerous if not trained well by responsible owners.

Irresponsible owners are known to be more influential on a dog’s behavior than the breed itself.

Do note that large dogs like Akitas are always capable of inflicting injury on others and should be monitored when close to other animals or people.