Owls are a lot like cats when it comes to hunting.

They stalk their prey quietly and rely on the element of surprise to attack.

But owls are known to attack bigger animals as well which begs the question, will owls attack cats?

Yes. Owls hunt large prey as well which may include your cat. Owls have the advantage of flight and pouncing on their victim by surprise. They also have super sharp talons that can deliver a deadly blow that will kill even the largest of cats.

We see countless funny images and videos of owls getting along with cats.

But we cannot also deny tales of owls that sprang on cats by surprise and flew away with them for dinner.

So if you are wondering “Will owls attack cats?”, we are going to clear the air on that one.

First of all, not all owls attack and eat cats.

Most owls feed on small prey such as mice, rats, frogs, birds, and insects.

But then there are the large-sized owls that are known to attack large animals like dogs, cats, hare, and young foxes. A good example is the barred owl.

Why will an owl attack a cat?

While some prey on small animals, large owls like the Eagle Owl and Barred Owl are most likely to try their luck on cats.

An owl would attack a cat for two reasons;

So whenever an owl closes in on your cat, it is never to establish a new friendship.

Your cat is in danger, and you have to do something about it.

How do owls attack and kill cats?

Like cats, they stalk their prey quietly until they spot a window to attack.

Also, owls are nocturnal hunters which means they are most active around dusk or dawn.

Owls like the Great Horned Owl can carry prey four times their weight.

Cats can spot a predator while on the ground.

But an owl that is stalking from above is hard to spot, especially when it is pitch black.

This is why owls can easily swoop in and snatch your cat away.

They can land deadly blows that can impair even the largest cat.

But their most brutal killing skill is flying high up and dropping the prey from that altitude.

That drop will kill any animal instantly; wild or domesticated.

How can you protect your cat from attacks by owls? 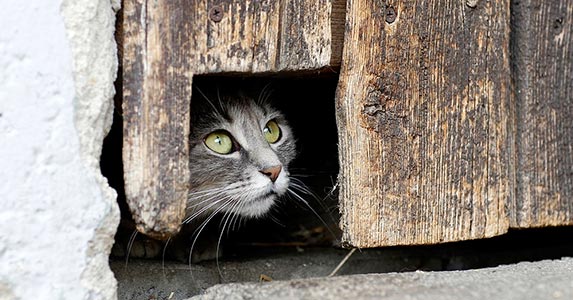 The best way to protect your cat from an owl attack is to anticipate when this predator is likely to strike.

Here are some points to always remember.

What should I do when I spot an owl? 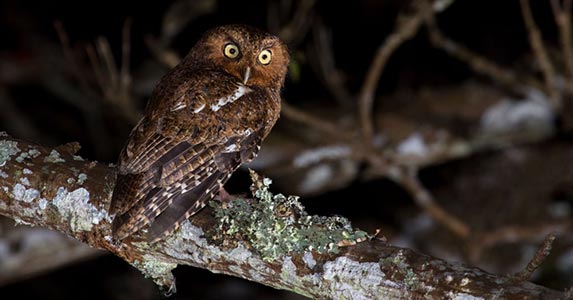 Owls are scared of humans and will fly away when they spot one.

They do not like loud noises at all, especially when hunting.

When you spot an owl preying on your cat, you can use the following tips to scare it away.

These tips will work mostly during the day. They can only work at night if you spot the owl by its distinctive hoot.

If your home is well-lit they are less likely to lurk in your property.

A decoy can be a scarecrow or a plastic owl.

Owls are very territorial and will not hunt in the same area as another owl.

Make sure you move the decoy around your compound.

A decoy will add a layer of defense between the owl and your cat.

The loud noise of a firecracker, a gun going off, or a person yelling will instantly scare an owl.

Owls are less likely to return in areas with a lot of noise.

Owls love to perch on high surfaces when stalking prey.

Install electric wires on poles and wooden surfaces to shock the owl when they perch.

This will prevent them from returning.

large-sized owls can prey on animals like cats, young foxes, and hare.

You may not be able to move as fast and accurately like an owl, but you can install measures in your home that will keep owls at bay.

Also, keep your cat indoors during dusk and down to protect them from owl attacks.

Do barred owls eat cats in the day time?

The barred owl prefers hunting from sunset into the night. But some owls hunt both day and night. You can add a protective barrier, like a bird net, in your backyard to protect your cat when it is playing.

Will owls attack cats inside the house?

Owls love to hunt in conditions that favor them. They are unlikely to get inside your house because they don’t know its layout. Should an owl chase a cat inside the house, then tables turn and your cat has the territorial advantage.

How heavy can owls lift?

If an owl weighs about 3 pounds, it can carry a weight of up to 8 or 9 pounds. This is why some owls can catch and eat large animals like young foxes and full-grown hare.

Can an owl kill a full-grown cat?

Yes, owls like the Barred Owl and Great Horned Owl can kill an adult house cat. Large owls are known to kill and carry prey four times their size.