From their appearance to how they move, these reptiles are found in the wild and can also be petted.

They are also very useful and are valuable helpers when it comes to pest control efforts in your garden or yard.

This is because they “feast” on insects, caterpillars, snails, and other creatures that may otherwise prove a menace in your compound.

However, blue tongue lizards themselves may also become a snack for your pets. Dogs and even cats are huge fans of eating these creatures. An encounter between a dog and a blue tongue lizard will only go one way: the blue tongue will be eaten “alive”.

This can be potentially dangerous to your dog. Blue tongue lizards are not harmful per se or even poisonous. However, they may cause harm to your dog if they contain toxic substances picked up around the area and your dog munches on them!

Left on their own, our pets can eat the strangest things.

Just when you think your pet’s taste buds couldn’t get any stranger, consider that lizards—yes, lizards—can also be the target of your pet’s dietary desires.

Should you be concerned when you see your dog munching on a blue tongue lizard?

Is that lizard poisonous, and will it make your pet sick?

Fortunately, they are not poisonous for dogs to eat.

That being said, eating a blue tongue lizard is still not completely safe for your pup.

Facts about a Blue Tongue Lizard 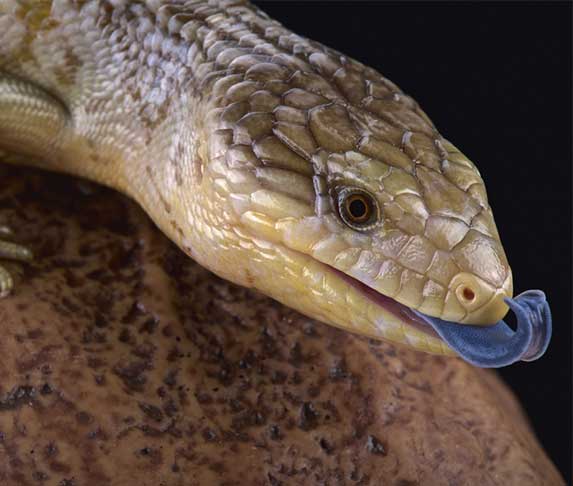 but they try to look intimidating by opening their mouth and acting aggressively.

They can bite but their teeth are used more for crushing than tearing.

So they might bruise you but will rarely break the skin.

This means that if the lizard lives in your backyard, the front yard will be foreign to it.

So it will not know where to find food, shelter, and water, and will be more prone to predators.

For this reason, it’s best to avoid moving them.

3. If the lizard has just moved into your yard it will usually run away from you, but after a while when it learns you are not a threat, it will allow itself to be more visible.

4. Baby blue-tongues do not need rescuing. They are born independent.

5. Blue-tongues see snails as a delicacy.

So don’t use snail pellets around your yard.

If a poisoned snail is eaten by a blue-tongue, the lizard could die as a result.

Can a Blue Tongue Lizard Harm Your Dog?

Your dog or cat is capable of doing more harm to a blue-tongue than vice versa.

To keep lizards safe in your yard, provide them with hiding spots.

For example, try putting pieces of PVC pipe into rockeries or garden beds for them to crawl into.

If your dog or cat is showing signs of harming the lizard, it is best to move the lizard to the closest spot that has suitable, similar habitat to your own backyard.

The only way that harm may reach your dog through a blue-tongue lizard is if the dog eats the lizard that is poisoned or is infected with something toxic.

The lizard in itself does not have the capability to harm your dog and is not usually poisonous to a dog!

Can Dogs Get Snow Fleas? (Should You Be Worried) 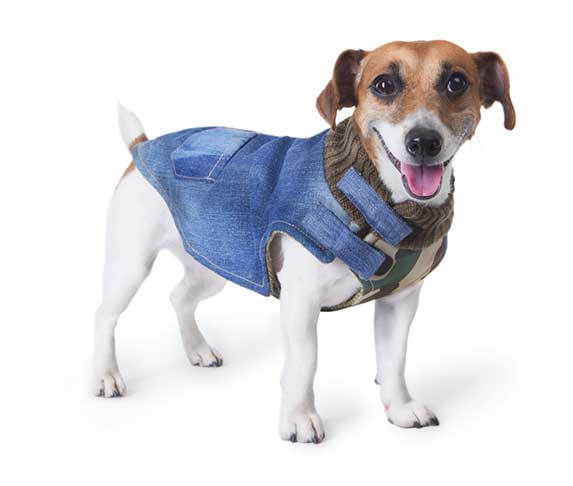 1. Try to keep your dog mostly indoors. Dogs are predators and tiny lizards are easy prey for them.

Keeping your dog indoors will prevent your dog from making a lizard a tasty appetizer.

If your dog spends time outdoors, keep a close eye on what they’re doing and bring them in if they’re on the prowl for something.

2. Secure your patio or porch. If you have an enclosed patio or porch, lizards can still manage to squeeze through tiny holes or openings.

Consider putting up a protective mesh or wire screen around the patio or porch’s perimeter to keep lizards from getting within easy ‘pouncing’ reach of your dog.

3. Teach your dog the “leave it” command. If your dog comes across a lizard, you will want your dog to ignore it rather than eating it.

Teach this command by having your dog sit still. Place a treat on the ground where your dog can see it, then say, “leave it”.

Reward your dog with a different treatment if they ignore the treat on the ground.

When your dog masters this command, they will know to leave a lizard alone when you say “leave it.”

My dog ate a blue tongue lizard a few days ago, and since he’s been a bit constipated as he always is with bones (he eats them too fast and they become impacted in his bowel – it’s happened before so we don’t give them to him anymore). He was however, appearing to get better.

Last night he vomited what was left of his breakfast. Today he is lethargic, vomited the very small dinner he was given last night; is refusing food and being very difficult about drinking water. I took him for a long walk to help his bowels and he seemed a little better for a bit but then drooped again, and no change regarding him being constipated. I have also been giving him lactulose liquid as my vet had instructed to do if he gets problems with constipation but it has not made much difference.  Now I have been watching him for the last hour and I have noticed he seems to be breathing heavier than usual, he is laying his ears back a lot for no apparent reason (he has been doing that all evening) and his nose is runny. He is so very lethargic and unresponsive. It is scaring me. He’s a very vocal and sociable Siberian Husky, 5 years old and generally in very good health.

Blue tongues are not poisonous to dogs.

They will not cause any harm to them if your furry friend happens to make a meal out of a blue tongue lizard.

However, blue tongue lizards may affect your pup when they have toxic substances in their systems and your dog happens to ingest them.