Who would have thought that for a dog so small, they’ll be the most expressive dogs out there?

The chihuahua needs no introduction for this article.

It’s one of the smallest dogs recognized by some kennel clubs, it’s proud and Very brave, and it falls into the subcategory of toy dogs.

The chihuahua is all dog through and through with high energy, a Big personality, ability to learn, and personal charm, no wonder it’s so favored by pet owners and competition bodies.

And it’s because of the chihuahua’s big demeanor in such a small body that we’re dedicating this article to learning every meaning behind the position of your chihuahua’s ears.

Yes, ears. Because it’s not just by barking your chihuahua communicates.

So let’s get into it. 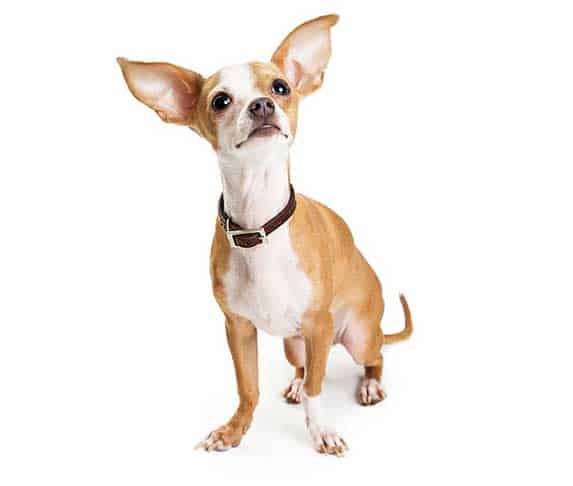 There are 18 different muscles in each one of your chihuahua’s ears, and this helps them to move it every which way to the point they can even use it to convey emotion.

As a good pet owner, you probably must have seen your chihuahua in this position, with its ears slightly drawn back and its mouth open.

This just shows that your chihuahua is in a friendly and happy mood, and it’s glad to see you.

So if you’re in the mood, you can try playing with them and see how excited they’ll get.

On a nice warm day with no activity, your chihuahua would most likely be in a relaxed position enjoying their day.

You can observe this by noticing how the ears of your chihuahua are either upright or plopped down.

How to Teach a Deaf Dog to Stop Biting? (9 Bite Prevention Tips)

Chihuahuas recognize hierarchy and understanding authority/seniority, so they tend to show submission through their body language.

If your chihuahua has its ears back and pointing down, then it’s a sign that they’re submissive. Maybe they’ve observed the presence of an alpha or a bigger dog.

Like we earlier mentioned, this ear position is an acknowledgment of hierarchy, not necessarily because your chihuahua is scared.

While it’s a rarity to find your chihuahua worried or guilty about anything because, as we’ve already mentioned, they are quite proud, there are still signs to show guilty.

If your chihuahua has dropped ears folded back against the head, then it’s an obvious sign of guilt or worry.

If you see that the ears of your chihuahua are picked and in a slightly forward position, then it’s a clear indication that they are interested and probably just listening to see what would happen next.

It could be a sound or the sight of something that made them interested.

Maybe it’s the sound of someone opening what could possibly be dog food or something as interesting. 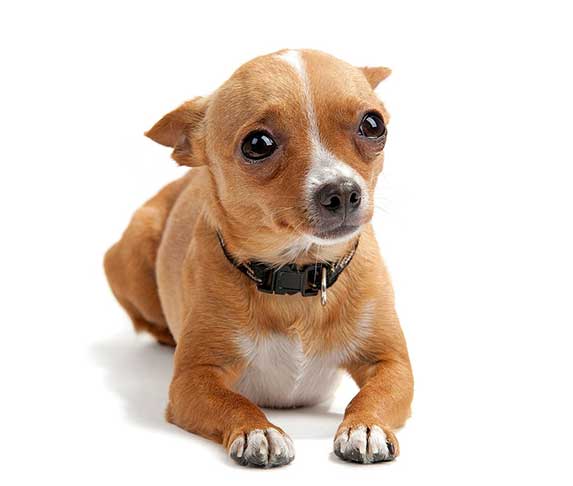 If you were to ever see your chihuahua with its ears back, a tightly closed mouth, a stiff face, and a tucked-in tail, it’s s clear indication that your chihuahua is feeling anxious about something.

It’s best you find out what it is so that you can think of the best ways to diffuse the situation as soon as possible.

When you see your chihuahua with their ears pinned back and with a tense look on their face, then it’s obvious that they are terrified of something and are looking for a sign of an exit to run away.

Them running away in this state might cause them to hurt themselves. So First, look for a way to close off all the exits and find the threat.

Chihuahuas show their aggression by having their ears spread wide apart and having an attack Stance which is a forward position.

This is quite different from the aggressive position of most canines, whereby they’ll have their ears pinned back.

Now that you know the various body languages and the meanings behind them, you’re sure to figure out what’s wrong with your precious chihuahua.

What’s more, you can better understand them and enjoy their company even more.