If you have a Pomeranian, you’ve probably experienced this before; the doorbell rings, and you have a guest over.

Your Pomeranian gets excited and follows you to greet your guest when all of a sudden your dog develops breathing problems.

And most times, in this situation, you have no idea what to do.

The opposite of what you should do is panic.

Instead, try and remain calm and understand that it happens quite a lot, as uncomfortable as it is to see your precious pup in this position.

And not just to Pomeranians. It happens to a lot of small dogs as well.

This occurrence is known as reverse sneezing.

In this article, we’ll be discussing everything there is to know about reverse sneezing under the following sub-topics:

What does a reverse sneeze mean? 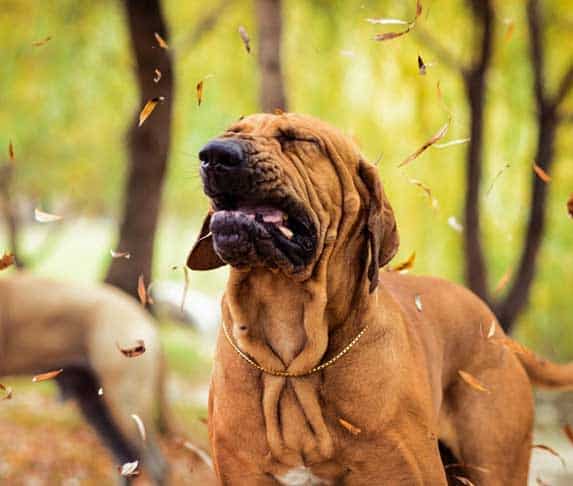 And as scary as such a long name might sound, the actual occurrence usually isn’t as scary most of the time.

A reverse sneeze happens or is caused by a spasm of the throat and soft palate.

This happens because the Pomeranian quickly draws air into its nose, unlike in a normal sneeze where the air is pushed out of the nose quickly.

The spasm is usually caused or triggered by irritation to the throat, pharynx, or laryngeal area.

The commonest triggers are excitement, strong smells such as perfumes, environmental irritants or allergens, a sudden temperature change, and many more.

Typically, the sneeze attack should only last for a few minutes one too many times a day.

How Often Should I Bathe A Poodle? (+ 5 Stages of Bathing)

Reasons for a reverse sneeze attack

There is no particular reason why your Pomeranian might be having a reverse sneeze attack.

Any irritation to the back of your Pomeranian’s throat can lead to a reverse sneeze.

This might be mild or a little bit more severe, depending on the irritant or causative agent.

However, it’s nothing for you to worry about.

Here are some of the reasons why your Pomeranian might experience an episode of reverse sneezing:

Conditions such as; a collapsed trachea should not be mistaken for a reverse sneeze as they are more detrimental to your Pomeranian’s health.

That is why learning how to properly identify and differentiate a reverse sneeze from other medical conditions is extremely vital.

Any other strange symptoms accompanying what seems like a reverse sneeze should be reported to the veterinarian.

What can you do? 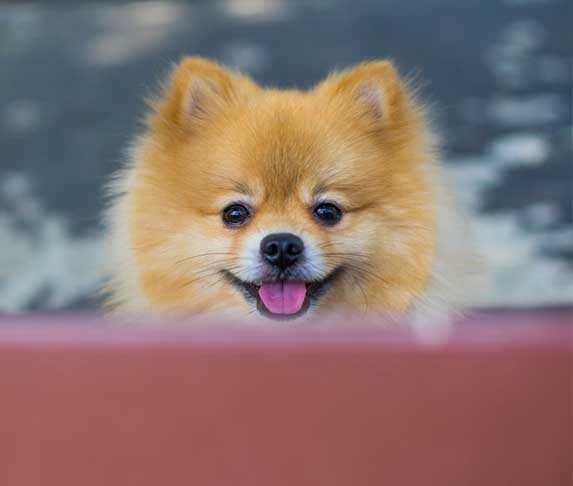 Usually, a reverse sneeze bothers owners more than it bothers the dog.

So if your Pomeranian’s reverse sneeze bothers you so much, you can always visit the vet.

Most likely, the vet would prescribe some antihistamines, which can help suppress the allergens that would cause your dog to have the reverse sneeze episodes.

But the best thing you can do is to let sleeping dogs lie or, in this case, sneeze.

Most dogs who experience these reverse sneezing episodes go on to live healthy and fulfilling lives, so there isn’t anything to worry about.

It can be distressing seeing your Pomeranian dog go through something you don’t completely understand.

However, the best thing you can do is to leave it alone.

The only time there is an exception to this rule is when your dog is in visible pain or distress.

Then you should contact the right services as soon as possible.