At this point, you might be wondering what’s the difference between a normal beagle and a tricolor beagle, well in actuality, there’s no difference.

They’re pretty much the same thing.

Beagles come in at number four of the most popular dog breed.

Maybe it’s because of their adorable little faces that they’re so popular, or it could be because of Charlie brown’s dog Snoopy that they got so popular.

Whatever might be the case, beagles are loving and affectionate dog breeds.

If you’re a doggo enthusiast, you’ll probably think you know everything there is to know about this popular dog breed, but you might find a thing you had no idea of in this article.

So Keep on reading this article where we’ll show you things to know about Tricolor beagles.

The beagle is a hunting dog

The beagle was originally bred for hunting hare, an activity that was even known as beagling.

They were seen as the ultimate hunting companions for both the elderly and the young.

And because they were raised to hunt In large groups, they’re very friendly and make great pets.

Like most hounds, the beagle has an amazing sense of smell that is used for hunting games.

Its sense of smell coupled with its great stamina, no wonder it was the most favored dog for hunting. 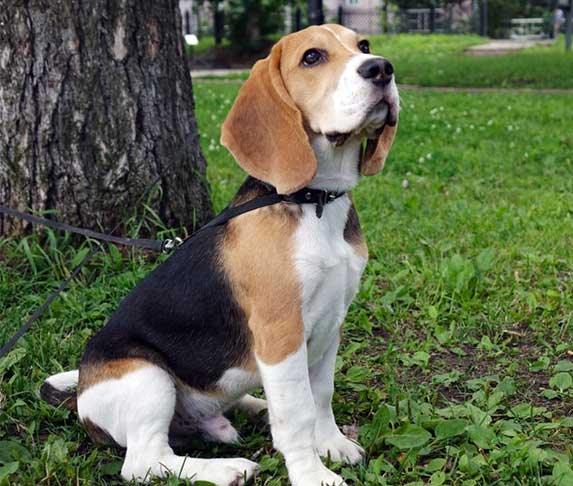 Beagles come in a wide variety of color combinations.

According to the American Kennel Club, beagles can be found in 25 color combinations and ten different colors.

With color combinations such as black or black on white seen as very rare and rare, respectively.

The most common color combination is white-black- brown

Regardless of the color of the beagle, they are still exceptional pets with beautiful coats.

Beagles can have various markings present on their coat.

The American Kennel Club has recognized six of these markings:

The fun thing about these markings is that they can come in many different colors and color combinations.

This makes for a lot of fun finding out which color combination your precious beagle has.

The relationship between their ears and their nose

Apart from being the medium where they can perceive two of the five senses, there is an added feature or connection between the ears and the nose for beagles.

Beagles can use their ears to smell better. Strange as it might sound, it’s very true.

And here’s how; Beagles ears, when drawn out, reach the end of their nose. These long ears are used to catch scent particles that the beagle can use to better register and track down smell.

While they might not be getting a Grammy any time soon, Beagles actually have diverse vocalizations.

Queen Elizabeth first referred to her pet beagles as “singing beagles” and regularly showed them off to guests.

The beagle is believed to be one of the most vocal dog breeds, and they’re capable of making three different sounds; a regular bark, a yodel-like sound which he uses for hunting, and a howl.

Why Do Dogs Like to Carry Things In Their Mouths?

There are a lot of famous beagles out there.

And this is not surprising considering the beagle’s position in the American Kennel club’s most famous dog breed.

Some famous beagles are:

With an accuracy of 97%, Elvis is the ultimate pregnancy detector

He detects pregnancy by sniffing on the poop of polar bears at the zoo, and through this medium, he has saved the zookeepers on funds they might have spent caring for polar bears faking a pregnancy.

Frodo was awarded the PDSA gold medal for bravery which is an award given to animals to acknowledge their bravery, devotion, and sense of duty.

President Lyndon Johnson had three dogs during his tenure as president of the United States.

His first dog, which he named him and her, and his last dog Edgar.

Edgar was named after J Edgar Hoover, who gifted him the dog after the demise of his previous dogs he and her

And probably the most famous of them all is Charlie brown’s dog Snoopy who is registered by the American Kennel Club as a beagle. 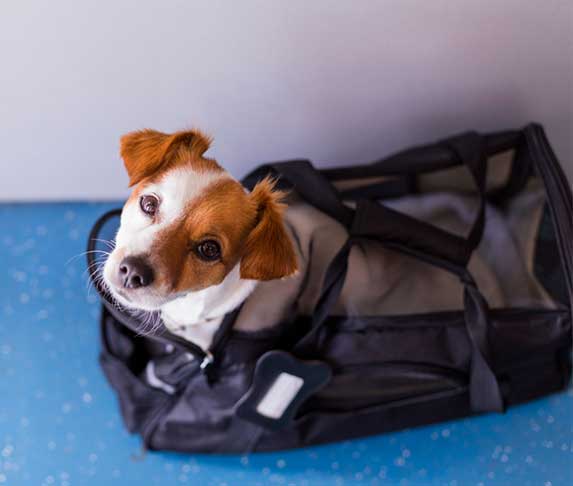 Apart from being adorable, beagles also make up a large part of the working class.

Their great sense of smell makes them the ideal candidates for working in various sectors.

For example, beagles have been known to work as bedbug detectors.

This helps prevent the spread of diseases.

Whatever the color combination of your precious beagle, beagle makes for an excellent family pet.

They’re affectionate, and their sensitive noses have been known to get them into a bit of trouble.

But with enough love and exercise, you’ll have a life companion.